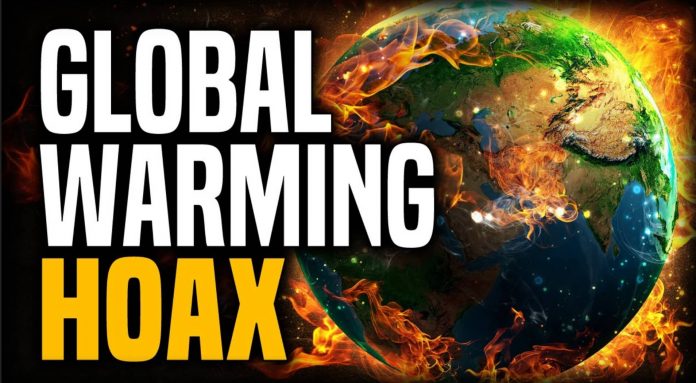 “Biggest Misdirection in the History of Science”

The politically initiated climate catastrophe theory is the biggest pseudo-scientific scandal of the 21st century so far,” says meteorologist David Dilley, a 20-year employee of NOAA, the US National Oceanic and Atmospheric Administration.

“CO2 isn’t a problem.  It is probably the biggest misdirection in the history of science.” “You cannot find a record of any length, of any time period in the history of the Earth where CO2 has caused temperature to increase.” – Dr Timothy Ball, environmental consultant and former climatology professor at the University of Winnipeg

“’Global Warming’ is the greatest and most successful pseudoscientific fraud I have seen in my long life as a physicist.” – Prof. Hal Lewis, University of California, Santa Barbara, USA

“There is no denying that there is also in science – more often than we scientists would like – deceit and fraud, not only negligent sloppiness, but really deliberate fraud.” – Dr. Hubert Markl, former President of the Max Planck Society for the Advancement of Science.

“We are hostage to a planetary scandal over climate change – a war machine whose aim is to keep us in fear.”  “Top climate scientists, who often rely on state funding, have been “manipulated and politicized”. – Philippe Verdier, weather chief at France Télévision, Oct.2015

The hysteria over the alleged threat of global warming “is the biggest scientific scandal in history,” noted Japanese scientist Dr Kiminori Itoh, one of the co-authors of the IPCC report.

Professor Seitz, former president of America’s National Academy of Sciences concluded “I have never witnessed a more disturbing corruption of the peer-review process than the events that led to this IPCC report.”

“It is CO2 climate alarmism that is a lie and thus the greatest scientific, political, economic and educational scandal of our time.” – Dr Ralph D. Tscheuschner, physicist

“Climatic change has existed on this earth ever since it has existed. For the time being, the reasons for this manifold climate change have not been sufficiently researched. And there is absolutely no reason to assume that it will not continue. But to get worked up about it and to think that mankind could stop this change by a joint decision in Heiligendamm (at the G8 summit), that is pure hysteria, that is stupid stuff.” – Former German Chancellor Helmut Schmidt on 3 June 2007, interview, BILD newspaper.

“It is easier to deceive people than to convince them that they have been deceived.”- Mark Twain

“We no longer have experience in dealing with real emergencies. This leads us to fantasise about catastrophes with relish. For example, the climate catastrophe, which I consider an astonishing phenomenon of mass delusion.” – Prof. Gerhard Schulze, sociologist, Bamberg

“One must always repeat what is true, because error is also constantly preached around us – and not by individuals, but by the masses, in newspapers and encyclopaedias, at schools and universities. Error is on top everywhere, and it is comfortable and cozy in the feeling of the majority, which is always on its side.”

“I am a skeptic…Global warming has become a new religion.” – Nobel Prize Winner for Physics, Ivar Giaever.

“The IPCC has actually become a closed circuit; it doesn’t listen to others. It doesn’t have open minds… I am really amazed that the Nobel Peace Prize has been given on scientifically incorrect conclusions by people who are not geologists,” – Indian geologist Dr. Arun D. Ahluwalia at Punjab University and a board member of the UN-supported International Year of the Planet.

“The models and forecasts of the UN IPCC “are incorrect because they only are based on mathematical models and presented results at scenarios that do not include, for example, solar activity.” – Victor Manuel Velasco Herrera, a researcher at the Institute of Geophysics of the National Autonomous University of Mexico

“It is a blatant lie put forth in the media that makes it seem there is only a fringe of scientists who don’t buy into anthropogenic global warming.” – U.S Government Atmospheric Scientist Stanley B. Goldenberg of the Hurricane Research Division of NOAA.

“Even doubling or tripling the amount of carbon dioxide will virtually have little impact, as water vapour and water condensed on particles as clouds dominate the worldwide scene and always will.” – Geoffrey G. Duffy, a professor in the Department of Chemical and Materials Engineering of the University of Auckland, NZ.

“Many [scientists] are now searching for a way to back out quietly (from promoting warming fears), without having their professional careers ruined.” – Atmospheric physicist James A. Peden, formerly of the Space Research and Coordination Center in Pittsburgh.

“Creating an ideology pegged to carbon dioxide is a dangerous nonsense…The present alarm on climate change is an instrument of social control, a pretext for major businesses and political battle. It became an ideology, which is concerning.” – Environmental Scientist Professor Delgado Domingos of Portugal, the founder of the Numerical Weather Forecast group, has more than 150 published articles.

“CO2 emissions make absolutely no difference one way or another….Every scientist knows this, but it doesn’t pay to say so… – Dr. Takeda Kunihiko, vice-chancellor of the Institute of Science and Technology Research at Chubu University in Japan.

“The [global warming] scaremongering has its justification in the fact that it is something that generates funds.” – Award-winning Paleontologist Dr. Eduardo Tonni, of the Committee for Scientific Research in Buenos Aires and head of the Paleontology Department at the University of La Plata.

Quadrupling CO2 Would Lead To Only 1.0°C Increase!

Electric Vehicle Fires: It Is Not A Matter Of If, But When Joe Biden’s plan to convert 50 percent of the U.S. vehicle fleet from...
Read more
Climate Change Bullshit

Why Didn’t They Ask Cindy?