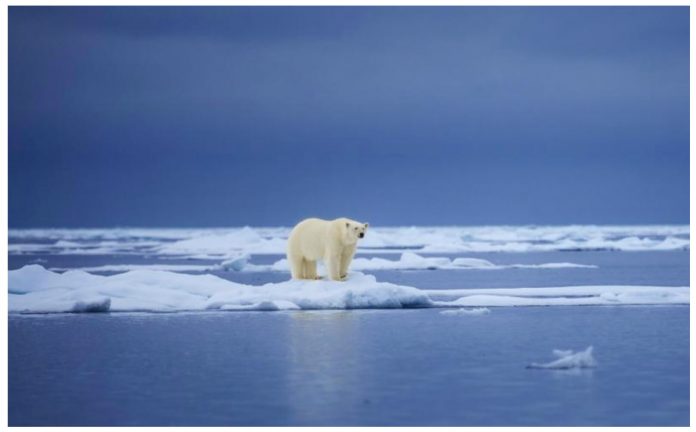 Global warming is the ultimate con to take human freedom away

Like any confidence scheme, global warming rests entirely on misdirection and bad faith.

There is a credibility crisis for Western governments. For too many years, their incompetence and deceit have forced ordinary citizens to question whether they produce more harm than good. On both sides of the Atlantic, the governing elite play by a set of rules that separates them from those they govern. They ignore popular discontent while placing themselves above the law. It is in this volatile climate that they push the greatest con game ever concocted: man-made global warming. This is the hubris that brings empires crashing down.

Like any confidence scheme, global warming rests entirely on misdirection and bad faith. While Western governments create hundred-trillion-dollar programs for fighting the weather, they have:

(1) never scientifically established that man’s use of hydrocarbon energy causally leads to temperature change of any kind,

(2) never articulated some baseline climate ideal for the planet, and

(3) never produced a cost-benefit analysis detailing the loss in human life and standard of living required in order to impose upon the world the type of global command-and-control economy necessary to restructure all industry and commerce. These three pillars are so fundamental that a normal person could be forgiven for assuming they’ve long ago been calculated. That’s part of the con.

The science isn’t settled. Nobody has decided whether to green the Sahara or bury Scandinavia in more snow, whether we’re pursuing the Roman Warm Period of two thousand years ago or the Little Ice Age that ended in the nineteenth century. No government has admitted that the Green Dream will destroy populations and make modern conveniences future luxuries for only the wealthiest survivors. How do you convince your citizens you have their best interests at heart when nothing could be farther from the truth? You prey on their weaknesses with a three-tailed hustle on a global scale.

First, you need the people. You have to convince the great masses to emotionally and fervently support your side. So you give them a new religion. You let them in on a terrible secret that only they are wise enough to understand and righteous enough to combat. You tell them the world is coming to an end. You construct a nightmare so terrifying that no sane person could turn away. You talk of boiling oceans and continents on fire. You tell of hemisphere-sized hurricanes and nation-sized tornadoes that destroy everything in their paths. You point to the sun and say, “We will all burn alive…unless…” Then you tell them who is to blame. You tell them that oil and gas and coal are killing their children, and that anybody who still uses them is complicit in their children’s deaths. You call these natural forms of energy “fossil fuels,” so your new disciples will remember that these fuels are leading them to their graves. You tell them there is no greater wickedness in the world than carbon and that their virtue is most pure when they learn to hate those who are not enlightened enough to see the coming battle between good and evil. You build yourself an unholy army.

Next, you get a vanguard to lead. You need officers who are so vain that they laugh at the gullibility of the very army they are meant to head. You need arrogant intellectuals willing to deceive the public for the greater good. You need marks who willingly take part in the con because they have no idea they’re being fooled themselves. So you gather the socialists and let them in on a secret that only they are wise and righteous enough to understand: everything wrong in the world is capitalism’s fault. Free markets and free thoughts have unleashed too many bad ideas, too much greed, too much war and exploitation. You tell them the chaos will never subside until a group of enlightened thinkers such as they begin to govern and usher in earthly peace and tranquility for the ages. You tell them the people are frightened and worried about tomorrow’s end and that they can use such fear to build a new world without sin or hardship. You tell them they are the ones they’ve been waiting for.

Lastly, you get the capitalists to finance the operation. You need elected officials so corrupt and so greedy that they would gladly set in motion their own demise if there is profit to be made. You need heads of commerce to embrace their own doom by convincing them they will be spared from the revolution to come. So you gather the capitalists from great halls and great houses and let them in on a secret that only they are wise and practical enough to understand: the age of individual liberty is coming to an end, but if they submit quietly, there is still a fortune to be made. You tell the elected officials that they have the power to create money out of thin air. By legislative fiat, they can make pieces of paper called carbon credits worth trillions. They can make something with no value the most valuable commodity on earth, and they will be in on the ground floor. You look those officials in the eye and tell them, “The people are frightened; the socialists are taking over; but you can be wealthier than you ever imagined.”You gather the heads of all the biggest companies and promise monopoly, if only they stay silent while the great purge plays out. You remind them that only the very best people were meant to rule and that through their greed, they can join an aristocracy without end. You promise them the world, so that they finance their own destruction.

If successful, the global warming hustle will reclaim power from the people and return it to the kings and queens, lords and ladies who mean to rule over what’s left of the world they destroy. It will be the greatest con ever executed. The charade is so vast and so vile that if it comes crashing down, not a single Western government will survive. These are the stakes they created to swap freedom with fiefdom. If we let them succeed, their dream is our death, for “this is the way the world ends, not with a bang but a whimper.”

Previous articleHave Your Say
Next articleWho Would Know Our Trev?