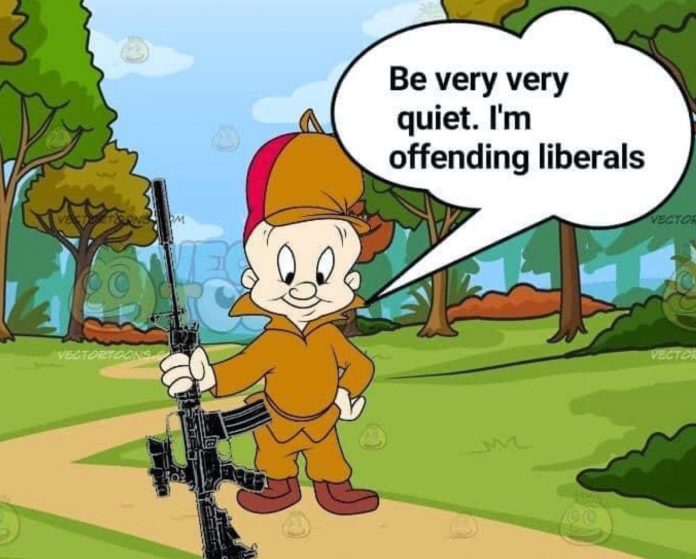 U.S.—HBO Max has announced that the new Looney Tunes cartoons will no longer have any guns, leaving characters such as Elmer Fudd and Yosemite Sam disarmed. This move was made in an attempt to expand the appeal of Looney Tunes to a previously untapped market: big dumb sissy babies.

“Looney Tunes has always had a problem with wimpy little weirdos everyone hates,” said head of programming at HBO Max, Matt Singleton. “You know, the kind who just cry over everything and disgust you to even look at them. Everything other people find cool and fun, they just kind of freak out over, so it’s a challenge to change things so those big dumb sissies don’t constantly soil themselves in fright.”

Presumably, when annoying little pansies watched Looney Tunes in the past, as soon as a gun was on screen they’d start mewling, “Ooh! That’s scary! Turn it off!” So that had to go. Bugs Bunny probably won’t use dynamite or anything else interesting either. It’s unclear what the characters will do now — probably just dance around and be all boring. Experts agree the cartoons are “totally ruined,” but at least maybe “the big dumb sissy babies won’t cry so much.”