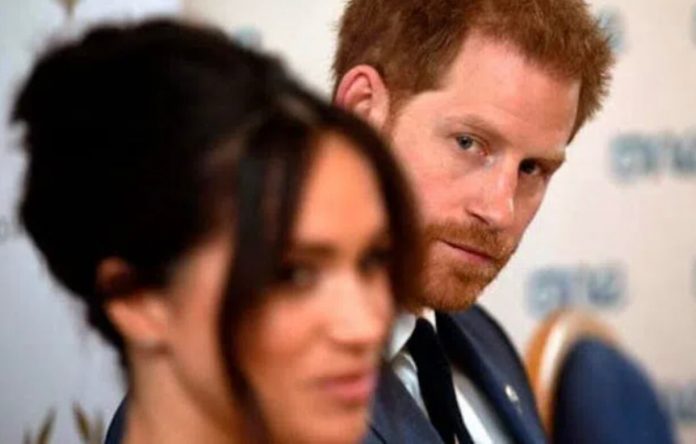 Prince Harry: ‘Trump Supporters Planning To Assassinate Me and Meghan’

Prince Harry has warned that Trump supporters want to assassinate him, his wife Meghan and their children following news that he would not receive taxpayer police protection while visiting the UK.

The 38-year-old Duke of Sussex says he does not feel safe in his U.K. homeland and has threatened legal action against the Royal Family if they refuse to provide him with expensive security.

“The Duke first offered to pay personally for UK police protection for himself and his family in January of 2020 at Sandringham. That offer was dismissed. He remains willing to cover the cost of security, as not to impose on the British taxpayer,” read a statement by the woke couple. “The UK will always be Prince Harry’s home and a country he wants his wife and children to be safe in. With the lack of police protection, comes too great a personal risk.”

Msn.com reports: Harry’s law team said he, his wife Meghan Markle, their two-year-old son Archie Harrison, and 6-month-old daughter Lilibet Diana have been “subjected to well-documented neo-Nazi and extremist threats,” according to the statement. Back in September, the lawyers gave notice to the Queen’s Bench Division of the High Court that Harry will seek a judicial review if the family does not receive the proper security protocols, per Page Six sources. Prince Harry’s security “was compromised due to the absence of police protection” during his last visit to the UK, his lawyers added.

Meanwhile, the family is getting used to their new life in California, since they up and left their royal duties back in England. Showing how happily they are settling in, Harry and Meghan sent out Christmas cards over the holidays with a photograph of the entire family. The gesture marked the family’s first public photo of their little girl Lilibet! In the photo, the clan is all smiles, as Meghan is seen lifting Lilibet up in the air, while papa Harry holds on tightly to his adorable young son. The card featured a simple message of “Happy Holidays.”

Previous articleLaugh. It’s Good For You
Next articleHave Your Say