God Botherers still at it 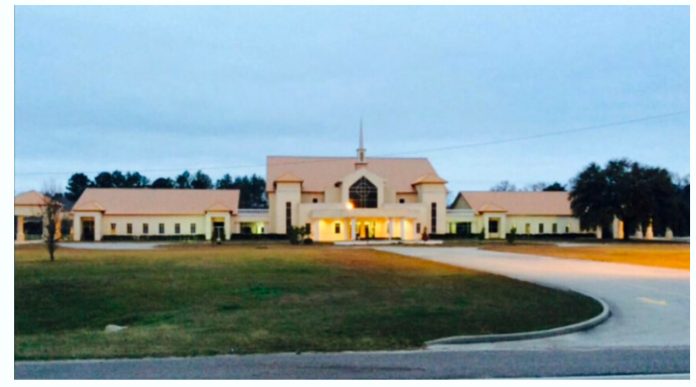 The same pastor faces criminal charges for holding gatherings at his church in defiance of social distancing.

A notorious Christian church leader who became the center of national controversy after defying coronavirus lockdown orders to hold church services is in the news again—this time for urging his followers to give him their $1,200 stimulus checks.

Pastor Tony Spell of Life Tabernacle Church has thrown down the #PastorSpellStimulusChallenge to worshipers, demanding in a YouTube video that church-goers “donate your stimulus package to: Home Missions, Missionaries, Evangelist or Churches!”

With at least 22 million Americans out of work and many more worrying about how they’ll be putting food on the table, you’d think that Pastor Spell would be a little more understanding about the difficulties that compelled the IRS to distribute the $1,200 checks to begin with.

However, Life Tabernacle Church pastor from Baton Rouge, Louisiana, is hoping to intercept those funds before they are spent on food, rent, and the electrical bill and instead redistribute it to evangelical church leaders who are unable to collect their tithes while churches remain shuttered by the coronavirus pandemic.

According to Spell, the #PastorSpellStimulusChallenge consists of three rules. He explained:

According to Spell, he won’t be collecting any of the money himself. Instead, he and his family members plan to donate their own emergency coronavirus funds to his evangelists.

“If you don’t have a church, give through my website,” Spell added.

On March 22, Louisiana Governor John Bel Edwards issued a statewide “Stay At Home” order. Spell, however, skyrocketed to notoriety after defying the lockdown orders to conduct church services. The services were held in open disregard of the urgings of relevant health authorities because, he claimed, “the Lord told us to.”

According to WAFB, services at the Baton Rouge church were jammed by hundreds of parishioners who flouted social distancing recommendations to remain at least six feet apart. Congregants also hugged each other and shook hands as they departed the services.

TMZ reports that the church also held a packed Easter Sunday service that Pastor Spell claims was attended by at least 1,300 parishioners. Local police estimate that the number was closer to around 330 in the morning—still far more than the advisory limiting gatherings to 10 people.

The church leader has also insisted that his congregation would rather die than not go to church during the quarantine period.

In a video interview with TMZ, Spell explained:

“The bible teaches us to be absent from our bodies and be present with the lord. So like any pure religious person…death looks to them like a welcome friend.”

In a separate interview with CNN earlier this month, the pastor offered a bizarre explanation for why he would continue holding services while maintaining that he believed the advice of health authorities regarding the dangers of CoViD-19. Spell said:

“We believe the science of this. However, we do have a command from God and there are no governing bodies that can tell us we cannot gather and worship freely.… the church is more essential now than ever…to let them know there is a physician in Jesus Christ.”

Previous article“it’s the stairway to heaven!”
Next articleHave Your Say