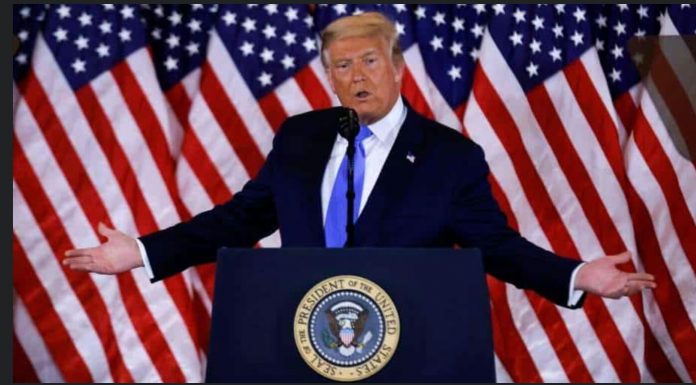 Can you really blame Trump supporters for refusing to accept the election result?

It’s been a week and a half since Election Day and the results are still not certified — some votes counts, like in Georgia, are close enough to require a recount, and there are numerous legal challenges put forth by the Trump campaign. Still, because the mainstream media has ‘called’ the race for Joe Biden, the left has arrogantly told Trump supporters to just concede already.

The allegations of voter fraud, fact checkers claim, are unsubstantiated and baseless. Some of them may very well be, but it was a pretty well accepted fact in America (until Donald Trump brought it up, that is) that people cheated in elections. In fact, Biden’s newly minted chief of staff, Ron Klain, tweeted in 2014 that 68 percent of people believe elections are rigged ‘because they are.’ Plus, are Trump supporters really supposed to trust the same ‘fact checkers’ that claim Virginia governor Ralph Northam never made a statement supporting infanticide or that Trump referred to all illegal immigrants as ‘animals’?

Meanwhile, Big Tech companies have made it practically impossible to even discuss the possibility of fraud. I tried to run through some of the various allegations on my podcast last week, explaining which could be debunked and which were still up in the air, and YouTube slapped my video with a disclaimer that the Associated Press had called the race for Biden. The same Associated Press, mind you, that just had its call for the race New Jersey’s 7th congressional district ‘unaccepted’ by the New York Times as the Republican continues to drastically cut his opponent’s lead. It is quite funny to think people are supposed to trust projections from the same media outlets and pollsters who insisted Biden would win Wisconsin by 17 points and Florida by five and that Republicans would easily lose the Senate and probably quite a few House seats too.

The left claims that Trump’s refusal to concede presents a unique threat to democracy. They conveniently forget that they never accepted the results of 2016. Instead, they falsely accused Trump of conspiring with the Russians while touting the Steele dossier, an actual piece of Russian disinformation, as proof that the President was being blackmailed by Putin. Hillary Clinton wrote an entire book blaming Russia, sexism and Facebook memes for her loss. Democrats impeached Trump for asking questions about alleged corruption in his predecessor’s administration. Even those who worked for Trump could not be trusted to act like he won — Miles Taylor, a DHS staffer, wrote anonymously for the New York Times that he was part of an effort to subvert Trump’s agenda and thus the will of the people. It was reported today that the outgoing envoy to Syria admitted to lying to Trump, the commander in chief, about how many troops were in Syria so he wouldn’t pull the US out entirely.

Is it any wonder why, in this environment, that Trump supporters do not believe they have lost? When every institution has been against the President at every turn, it seems not so crazy that the election could have been rigged against him too.