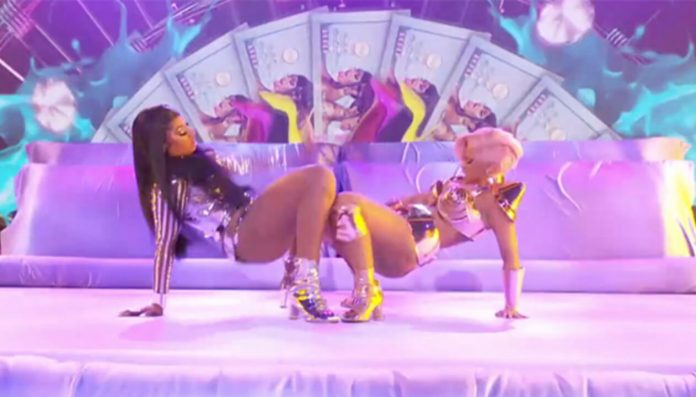 Americans are tuning out from Hollywood trash.

Last month, the Golden Globes had the worst ratings in their history — falling by two thirds from last year.

Last night, the Grammys also made history by scoring their worst ratings in history.

Per Nielsen Live+Same Day official national numbers, Music’s Biggest Night delivered an average of 8.8 million viewers for the network during the ceremony’s broadcast on Sunday night at 8 p.m. ET with a 2.1 rating in the key, adults ages 18-49 demographic.

The highlight of the night was apparently stripper Cardi B’s lip-synced performance wherein she twerked her giant, fake, tattooed hind end to fake applause from a fake audience.

Previous articleSpeak Up At Your Peril
Next articleHave Your Say