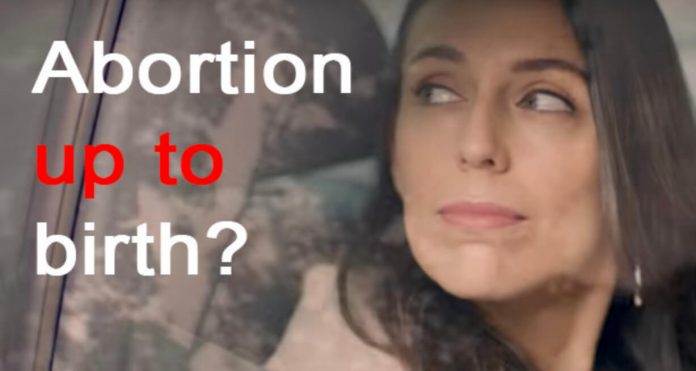 Like many New Zealanders I gave up on newspapers and TV news a long time ago which can be problematic in keeping up with the news. However I have been saved by a local free newsheet from Waihi which carried a notice from a local anti abortion group. This got me doing some research on the above proposed legislation
The search revealed some interesting reporting by the usual suspects, Stuff, NZ Herald RNZ and the usual bluster from the sponsor of the bill, Andrew Little

Initial reports from Little say the bill will decriminalise abortion and provide a safe zone around clinics and prohibits intimidatory behaviour that seeks to prevent people from seeking access to abortion. (whoopee! world leading reform)
Dig a bit further and the bill says, that abortion will be on demand for any woman up to 20 weeks of pregnancy without referral by a medical practitioner and after 20 weeks a woman only needs to have consulted a single medical practitioner.
A medical practitioner can only refuse to carry out the procedure to abort up to full term or birth if they provide an alternative practitioner.
No counselling is required at all but after 20 weeks and up to birth abortions the Practitioner must advise that it is available

Before all the pro abortion and pro choice and a woman “can do as they like with their body” supporters get too fired up, have a look at the extensions of these changes:

Abortion on demand up to twenty weeks of pregnancy means any woman can walk into a clinic and demand an abortion, fair enough it is their right, however the bill says nothing about girls under 16 years old and nothing about their legal guardians being informed, so no GP referral, no counselling, tax payer funded so why bother with contraception at all?

Hon Ruth Dyson, Chairperson of the Abortion Legislation Committee, is calling for public submissions on the Abortion Legislation Bill. The bill seeks to have abortion services provided like other health services. It would do this by decriminalising abortion, modernising legislation related to abortion, and better aligning the regulation of abortion services with that of other health services.
The bill would remove the current legal requirements for authorising an abortion. The bill would allow a person to refer themselves to an abortion service provider. A health practitioner would only need to give their authorisation if the person was more than 20 weeks pregnant.
The bill would also:
• allow safe areas to be established around specific abortion facilities
• disestablish the Abortion Supervisory Committee
• amend the process for practitioners who conscientiously object to providing abortion services
• make it clear that health practitioners must advise people who are considering, or have had, an abortion that counselling services are available.

Hon Ruth Dyson said: “The committee welcomes hearing from a wide range of people on their views. We understand that this is a sensitive and important topic, and we look forward to engaging in a respectful and open discussion.”
Look at the last sentence from Ruth Dyson and the last sentence below, cant have these MPs overworking

By 9 October 2019, the Abortion Legislation Committee had received 25,000 written submissions from a range of legal and medical experts, religious groups, national organisations and ordinary people sharing personal experiences including Dr Alison Knowles, the Mental Health Foundation, and Family First. Due to the large volume, the Committee has confirmed that it will be hearing 150 oral submissions out of the 2,890 who had opted to speak. Family First national director Bob McCoskrie criticised the select committee for excluding certain voices and rushing the process. In response, Dyson reiterated the committee’s commitment to hearing a range of perspectives while remarking that “hearing the same thing over and over again doesn’t add value to the committee at all.

Bill and Mary English gave a very good oral submission describing their horror at allowing full term abortions and the barbaric methods used unfortunately I am unable to find it again, those who are good at searching the internet may be able to locate it

Aderns comment is predictable as the UN has issued a paper asking all member states to agree on decriminalising abortion.

Prime Minister Jacinda Ardern spoke about her commitment to removing abortion from the Crimes Act and the bill’s provision to require health practitioner authorisation after 20 weeks.

Pretty inane even for her, and herself a new mother supporting the killing of an unborn full term baby, no wonder she was heard to comment recently about her daughter not needing her

The full list of which MPs supported the first reading is available, needless to say the Greens gave it their full support as did most of Labour, But wait a minute weren’t these the same people that passed the anti smacking bill, so now you can murder a full term baby but cant give a naughty child a clip around the ear. But you will get arrested for holding an anti abortion sign up within the exclusion zone around a clinic while they are murdering full term babies inside.

I have not included any direct links to any sites as I feel that it detracts from the flow of the post, however for all you pedants out there put Abortion Legislation Bill 2019 in your search engine.

Previous articleHave Your Say
Next articlePandemic Coming Our Way?

When Will The Lying Stop?

Might be a bit of Maori stuff you are not aware of !!!! Pondering on Funding and Delivering on  Maori Wish Lists. In the past, New...
Read more
Guest Post

An Open Letter to Jacinda Ardern Dear Prime Minister It’s been well over two years now, over 90% of the country is double jabbed, nearly the...
Read more
Guest Post