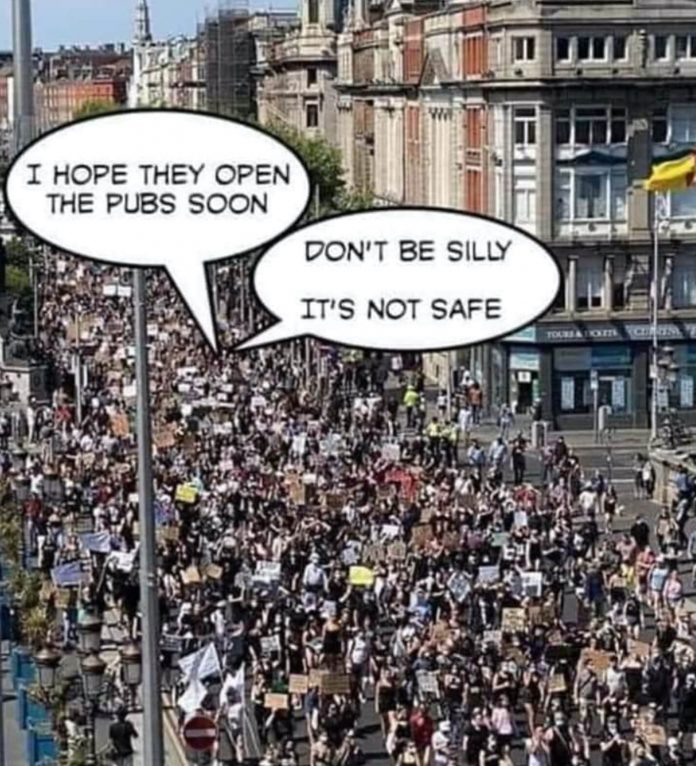 How stupid were we to stuff our economy, when all these protesters can ignore social distancing with the full consent of Cindy and her soy boy police boss.