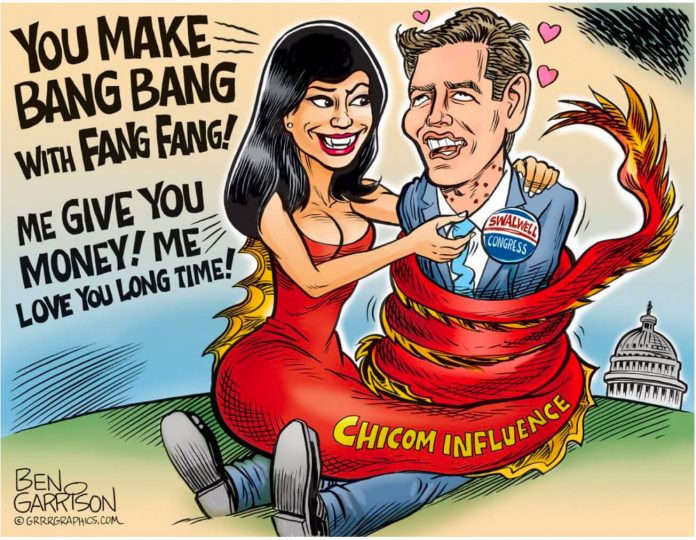 YOU DO WHAT CHINA SAY- ME LOVE YOU LONG TIME

Suspected of being a long-term spy for Communist China, Christine Fang, aka, ‘Fang Fang’ expended a lot of time and energy as she weaved her way into American politics. Her job was to collect personal information on politicians. She would help fundraise for her assignments, which included those in Congress as well as prominent mayors. One mayor couldn’t understand why Fang Fang would have sex with him and was told she did it to help ‘improve her English.’
We know many Democrats have been swayed and influenced by the Chinese communist party. The nationalist Trump put an end to China’s hopes for a while, but if ‘China Joe’ does manage to make the cheating stick and captures the White House, look for the Chicoms to one again have more say over what happens in our country. Too many Democrats such as Biden have been all too willing to sell out their office to the highest bidder.—Ben Garrison
Previous articleThe left do it best
Next articleGo Texas