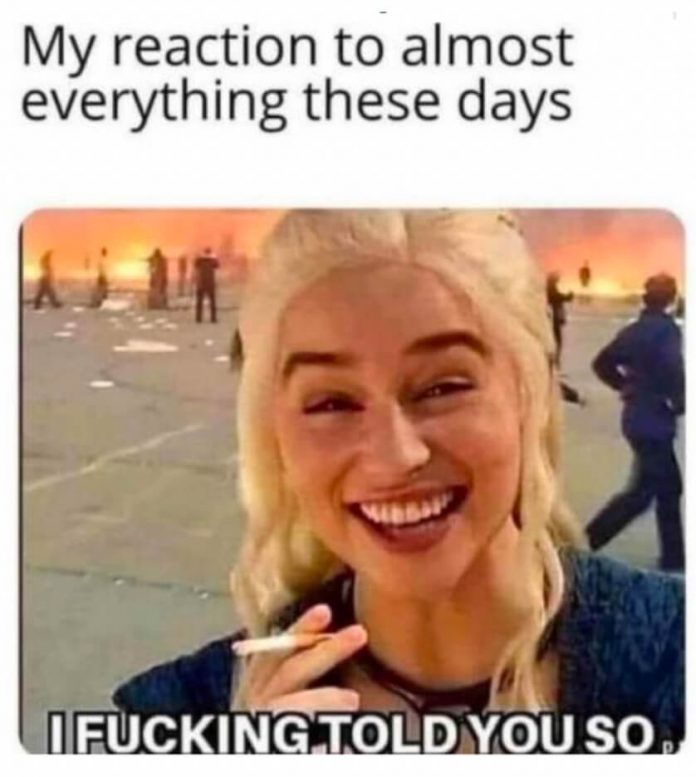 Never before has the above image been so true. Today we are getting the first indication from this useless government about to change tact. Their Chinese virus strategy is about to change from elimination to living with the virus.

Little Angy on the Teevee this AM stated they are looking at a change. No sign of Cindy in this reversal of direction. Shows they are now finally listening to us and others. When the team of 5 million are giving you the finger daily, what else can you do?

Fucking told You so.

Previous articleQuadrupling CO2 Would Lead To Only 1.0°C Increase!
Next articleLet Me Out