He Who Pays The Piper Calls The Tune 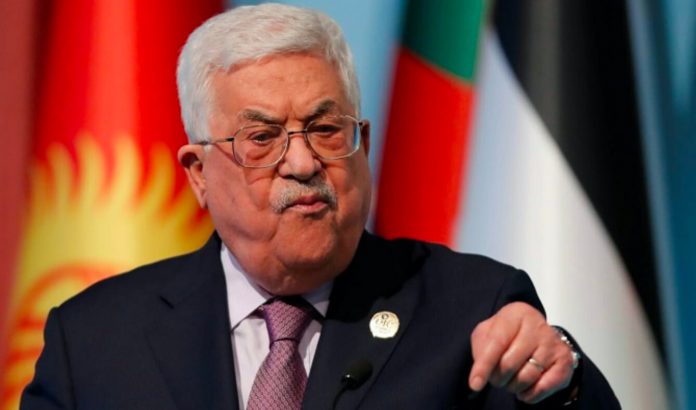 The Palestinian Authority is thoroughly alarmed. It likes to get lots of money – billions and billions of dollars – from European and other Infidel donors. And it likes to spend it just as it wishes, without any conditions. Until now, that view seems to have been accepted by the E.U. But not any longer. Now the E.U. has a condition placed on its future funding. The response of the PA has been predictable: How dare those E.U. donors think they have a right to ask anything of us, least of all to ask us to cut ties to what they call – so unfairly – “terrorists”?

The remarkable volte-face of the European Union, and the consternation of the Palestinian Authority, is described here:

The Palestinian Authority has launched a political campaign to convince the European Union to rescind its decision to prohibit monetary aid to PA-affiliated organizations and institutions if it doesn’t sever all ties with terrorist groups.

“The national Palestinian campaign to reject conditional funding” has picked up steam in recent weeks, after the European Union, for the first time, introduced a fundamental change to the financial aid contracts Palestinian bodies are required to sign, whereby any cooperation with terrorist organizations will result in the unilateral cessation of funding.

The PA, let’s remember, at first refused to accept the tax money collected for it by Israel, because the Israelis had decided to deduct from the total transferred the precise amounts the PA had been giving to the families of terrorists in its Pay-For-Slay program. Mahmoud Abbas huffed and puffed, said he would never agree to this impossible deduction; Israel held firm, and in the end, the man who said he would never give in – gave in. As of now, the Israelis transfer, and the PA resentfully accepts, tax money from which the Pay-For-Slay amounts are now regularly deducted.

Now the PA finds it outrageous that the EU now demands that all Palestinian bodies pledge not to cooperate with terrorist organizations,  and should they break that pledge, that will result in an immediate cessation of funding to them by the E.U.

The Palestinian campaign to annul this stipulation is based on the claim that “the struggle against Israeli occupation” is not terrorism, and that PA institutions included on the European Union terrorist list are political parties for all intents and purposes. In one instance, Omar al-Qarout, the director of the Gaza-based Hemaya Center For Human Rights, sent a letter to the president of the EU Parliament and European foreign ministers, expressing his astonishment over the new condition.

In the letter, a copy of which was obtained by Israel Hayom, al-Qarout said: “Our concern as a Palestinian civilian organization is that this condition will be maliciously exploited against the Palestinians by the Israeli courts, which will use it as a basis for preventing the funding of projects.”

You can imagine the Palestinian response to the new E.U. condition:

“Always the Zionists. It’s the damned Zionists who are to blame. They’ve been burrowing into the E.U. bureaucracy. Israeli courts will maliciously go after perfectly decent organizations, such as that of Omar al-Qarout’s ‘Hemaya Center for Human Rights’ — why, even the name shows how harmless it is. And somehow they will manipulate information to implicate us, the Palestinian resistance – those Jews are diabolically devious – in so-called terrorism, thus triggering a loss of E.U. funding. None of it will be true, of course, The whole world knows that we Palestinians abhor terrorism just as much as anyone. After all, we were the first victims of state terrorism, as practiced by the Israelis.”

Here we have the purest form of chutzpah. These Palestinian recipients of billions of dollars from the E.U., money that they have never done anything to deserve — unless you count their ability to retell their endless tales of woe and victimhood — have the gall to “demand” that their generous donors reconsider their newly-imposed requirement that Palestinian groups that receive aid must have nothing to do with terrorism.

Among those groups that Erekat has described as “political parties” is Hamas, long recognized as a terrorist group by, among others, the United States, Canada, and all the members of the E.U, the very organization whose new policy so infuriates Saeb Erekat, and has reportedly made Mahmoud Abbas “livid.”

Another group Erekat describes as a “political group,” though it has never taken part in electoral politics, is the Popular Front for the Liberation of Palestine (PFLP), a specialist in airplane hijackings and murders of passengers. Palestinian Islamic Jihad, and the Al-Aqsa Brigades, are similarly being described by the PA as “political parties” engaged in the “resistance.” These groups  are engaged in the“resistance,” all right, if by “resistance” you mean stabbing , shooting, and bombing Israeli civilians, when they are at home during Passover services, in school yards, at pizza parlors, while waiting for, or riding on, buses, at university canteens, while walking in nature preserves, or taking photographs at a beach. Not exactly “political parties.”

An official in Israel’s Strategic Affairs Ministry said in response that “Erekat’s letter shows that the most senior echelons on the Palestinian side are involved in this campaign.”

Prior to the submission of Erekat’s letter, 134 Palestinian organizations, which promote the de-legitimization of Israel and boycotts against it, sent a joint letter to the European Union’s envoy to the PA, Thomas Nicholson, claiming that declared terrorist organizations such as the Popular Front for the Liberation of Palestine and Hamas were essentially “political parties” and that they were not willing to be the European Union’s “policeman.”

NGO Monitor was involved in discussions with the European Union on the matter of preventing funding from reaching the hands of terrorist groups.

“The most disconcerting thing is that the EU is now in negotiations with the Palestinians over the conditional funding clause. This stipulation needs to be a given. The negotiations over it contribute to legitimizing the discourse about terror,” said Deutsch.

It has long been absurd that the E.U., whose member states have themselves been the targets of Jihadi terrorists, should finance similar Jihadi terrorists whose main target is Israel. The requirement by the E.U. makes political and moral sense. It simply asks the PA to pledge that none of the groups with which it has dealings have any involvement with terrorism. Since so many of the Palestinian groups are so involved, the PA will have to cut back severely on those groups it  can continue to do business with. If the E.U.’s new requirement prevails – and the PA is desperately trying to obtain a reversal of the new policy – then Hamas, the Al-Aqsa Brigades, Palestinian Islamic Jihad, and the PFLP, among others, will no longer be receiving, via the Palestinian Authority, any E.U. aid money.

The Europeans are beginning to show signs of intelligent life. Let’s applaud their conditional funding clause, and urge them not to backtrack. Mahmoud Abbas, who swore he would never take tax money collected for the PA by Israel if the amount transferred to the Pay-For-Slay program was deducted, in the end gave in. Israel only had to remain resolute. Now it’s up to the E.U. to do the same. And if the PA says that it won’t accept E.U. aid “with conditions” then simply stop all that aid. There are so many other places for the E.U. to deliver ts aid money better than giving it to the outrageous, ungrateful, and wicked Palestinian Authority. There are the impoverished peoples of sub-Saharan Africa, the Andean Indians in South America, the inhabitants of the favelas in Brazil, the poor farmers in Cambodia and the Philippines.

As for the “Palestinians,” without the E.U. aid,  they will still manage to hold body and soul together. They need only turn to their fabulously rich Arab brothers in the Gulf, who have received nearly 30 trillion dollars in oil revenues  since 1973, and can certainly take the place, if Mahmoud Abbas asks nicely, of the E.U. donors who now may choose, not a moment too soon,  to take their custom elsewhere.

Previous articleJustice By The People
Next articleWho Can You Trust These Days?