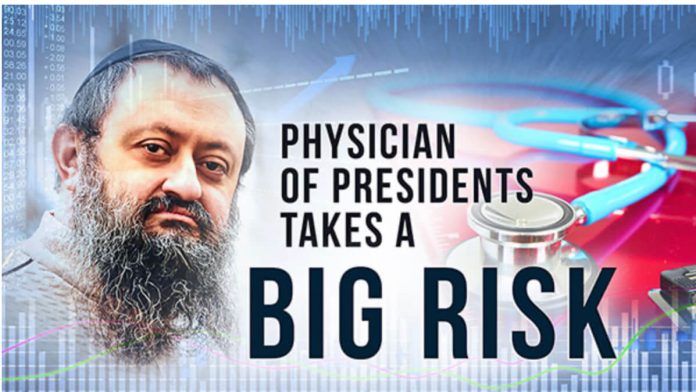 Dr. Vladimir Zelenko, most renowned physician in the world, has died

Today our dear friend and a true Hero of Humanity Dr. Vladimir Zelenko has left his earthly body, and was taken up into the glorious realms, from where he will continue his fight for a better future of humanity.

Two years ago nobody in the world had heard about this humble family physician from a small Jewish community in New York, where his patients considered him as part of their family, because of his tender care.

Once the pandemic hit in 2020, Dr. Zelenko heard about the ‘Rockstar of Science’ professor Didier Raoult from France, who had successfully treated 4,000 C0V!D patients using a combination of hydroxychloroquine + azitromycine. Virtually all his patients recovered in a matter of days. 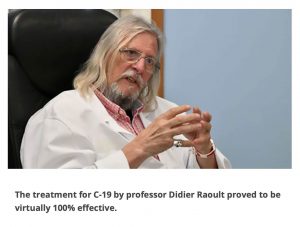 Dr. Zelenko read about the successful treatment found by this scientific world authority, and decided to use it for his own patients. He added zinc in the mix, to further enhance the efficacy of the protocol. In a short time he successfully treated over 500 C-19 patients, who all recovered. Nobody needed to be intubated, or hospitalized, and nobody had serious side effects.

Excited about this result, Dr. Zelenko sent a personal video message to President Trump. The rest is history: the president tweeted this great news out to the world, and in no time hundreds of millions of people heard about this cheap, safe and effective cure for C-19. Thousands of physicians worldwide started using it, saving millions of lives.

Italy started using his protocol the day after an interview with Dr. Zelenko in their largest newspaper. In Israel it was also implemented, after discussions with the minister of health, and the government of Brazil integrated his treatment as well, with great success.

President Bolsenaro from Brazil, President Trump from the USA, and the health minister from Israel all asked Dr. Zelenko to treat them, when they had C-19, with swift recovery as a result.

The impact this humble family practitioner, from a Jewish community in New York, had on our world is unspeakable. He was nominated for the Nobel Peace Prize and the Medal of Freedom, because of his tremendous life saving impact on humanity.

Extreme pushback from the criminal establishment

All of that is the good news. The bad news is that the efforts of Dr. Vladimir Zelenko were not received well by the criminal pharmaceutical establishments. Dr. Zelenko started receiving regular death threats, and was censored on Twitter, Facebook, and just about everywhere they could censor him.

The World Health Organization, which is owned and controlled by private financial entities, decided they had to stop his solution for the pandemic.

We have to understand the following: whenever the WHO declares a pandemic, they literally become a one world government. The laws and constitutions of all the nations are nullified, and only what the WHO says goes.

This is confirmed by top level experts from the WHO and United Nations, who explain that the World Health Organization has been specifically set up to become a one world government. They however need a so called Health Emergency of International Concern, or simply said a pandemic. 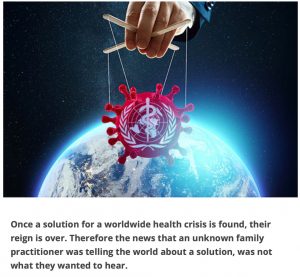 As you can see in the documentary THE PLAN, the WHO has a plan for ten years of infectious diseases. WHO virologist Marion Koopmans, who also worked at the Wuhan lab for virology, literally said on Dutch national television that for several years the WHO already had a plan for ongoing pandemics from 2020 to 2030.

So what did the WHO do, in order to prevent the pandemic from ending? They did a trial with the main drug used in the Zelenko protocol: hydroxychloroquine. They treated over 3,000 patients in 400 hospitals, with horrendous results: 30% of them died! The world’s most respected medical journal, The Lancet, did the same, with similar disastrous results.

As a result they told the world to not use this treatment, and subsequently HCQ was banned from almost every nation worldwide. Dr. Zelenko was smeared all over the internet as a dangerous quack, who put lives of millions at risk, with his “unproven” treatment. 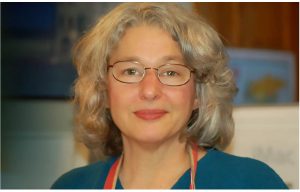 One brave doctor called Dr. Meryl Nass was puzzled by the gruesome results of the WHO trial, and decided to investigate. She found that the WHO had been administering lethal dozes of HCQ, instead of the prescribed therapeutic dose. The trial was a clear criminal operation, murdering a thousand people in order to discredit a drug that is lifesaving if the therapeutic doses are respected. The trial of The Lancet was also exposed as pure fraud, based on false data (more info).

Dr. Meryl Nass stated: “WHO and other organizations have conspired to administer excessive doses of HCQ in order to increase the number of deaths. By doing this they rob billions of people of a safe and cheap medicine.”

Dr. Vladimir Zelenko kept treating people with 100% success, and inspired thousands of other practitioners worldwide to do the same. He however began facing increasing personal attacks. For some unknown reason the religious leaders of his Jewish community started attacking and slandering him, which broke his heart. He had no choice but move out of the community that he had been serving for so many years, with all his love.

As Dr. Zelenko observed how all the health organizations and governments worldwide did every attempt to prevent the world from learning about this highly effective treatment for C0V!D-19, he began to understand that a very dark agenda was being played out during this pandemic.

Dr. Zelenko was asked by the Rabbinical Court in Jerusalem to testify wether the untested, experimental injections for C0V!D-19 would be safe to use for children or not. This became the most powerful public testimony ever made by Dr. Zelenko, as he outlined in detail all the scientific data that revealed how a true genocide was happening worldwide, because of these injections.

Dr. Zelenko called the injections the “poison death shot” and proved with official government statistics how an explosion of deaths occurred in Israel and other nations, the moment the injections started.

“The only reason you would want to inject children with this poison death shot, is if you are into child sacrifice.”

The result of his testimony before the Rabbinical Court was that they strongly resisted the Israeli government from mandating the shots for children. Again, a major government level influence by this humble family practitioner, who stood up as a true David against giants of deep, dark evil. 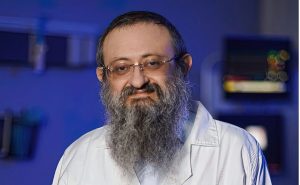 Dr. Vladimir Zelenko was battling a very rare form of heart cancer, pulmonary artery sarcoma, and eventually had to say goodbye to the earthly realm. I know that his legacy is eternal and will continue to roar over the earth as an unquenchable fire.

May his passion for truth, and the saving of lives, ignite the same flame in many of us.

Dr. Zelenko, we love you, honor you, thank you and will forever be proud of what you did for this beautiful world. You were threatened, attacked, hated and slandered, and God knows the tears you wept in secret. But you never gave up, always persisted, and even with death looking you in the face, you remained brave. Even during your very last days on earth, you sent out truth to awaken humanity.

Your voice will become louder than ever.