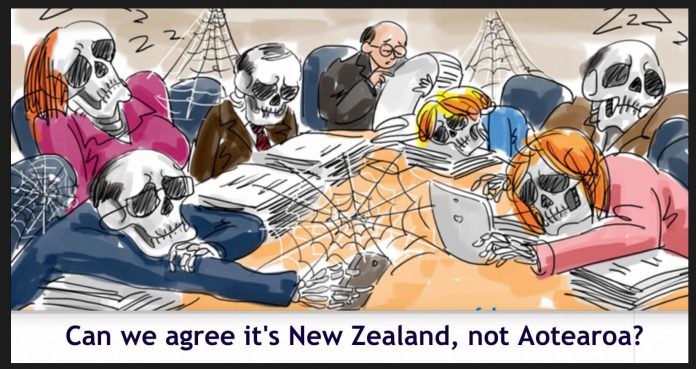 SUBMISSION ON THE PROPOSED SCHOOL HISTORY CURRICULUM
The proposed History curriculum is so bad that it is hard to know where to
start. Indeed, in the limited time I have to write a submission, I will confine
myself to a few important observations.
My own credentials to comment on the curriculum relate mainly to having
studied History for three years at the University of Canterbury, getting an A
grade in each year. I subsequently did a Masters degree and a PhD, but in
Economics. I have read widely in New Zealand history.
I make just seven observations:
First, given that in many subjects taught at Primary level there is only very
imprecise specification of the content of what is to be taught, it is bizarre that
in this subject, it is proposed to specify quite precisely what should be taught.
It is particularly odd given that, if the focus is to be heavily oriented to the
history of Maori in New Zealand, so much of that history must rely on
sometimes unreliable oral accounts.
Second, the big three themes of what is to be taught are, at best, an extremely
incomplete view of our history. There is no reference to, for example, the
significance of gold discoveries, or of the invention of refrigeration, or of New
Zealand’s becoming the first country in the world to grant women the vote, or
of the appalling way in which early Chinese settlers were treated, or of the
early development of an old-age pension, etc.
Third, even though many more New Zealanders died in the Musket Wars in the
early part of the nineteenth century as Maori fought Maori than in all
subsequent wars combined – the so-called Land Wars, the Boer War, the First
World War, the Second World War, the Korean War and Vietnam – I saw no
reference to them. And yet recognition of that appalling inter-tribal warfare
is crucial to understanding why most Maori chiefs signed the Treaty of
Waitangi in 1840.
Fourth, nor did I see any reference to the widespread practice of both slavery
and cannibalism prior to 1840, with one of the great benefits of colonization
being the virtually immediate cessation of both practices.

Fifth, it is asserted that Maori chiefs did not cede sovereignty in signing the
Treaty but rather entered into some kind of “partnership” with the Crown.
This latter-day reinterpretation of the Treaty is simply stated as a fact, without
any acknowledgment that the assertion is hotly contested, is flatly
contradicted by many of the speeches recorded by Colenso in writing at the
time (on 5 February 1840), flatly contradicted also by speeches made by
numerous chiefs at Kohimarama in 1860, and is regarded as absurd by political
leaders as different as David Lange and Winston Peters. This is such a
fundamental matter that to simply assert that a partnership was created
between the Crown and Maori chiefs totally discredits any claim to objectivity
which the proposed curriculum might have had. (A similar observation should
be made about the Declaration of Independence of 1835, which was signed –
by a tiny number of primarily Ngapuhi chiefs – at the initiative of James Busby.
It is portrayed in the proposed curriculum as a major document: in fact, it was
totally disregarded by almost everybody within weeks of its being signed.)
Sixth, there are a number of assertions made as if they were uncontested and
verifiable fact when at best they are based on supposition and centuries-old
oral tradition. For example, it is asserted as fact that “Maori migration to New
Zealand was deliberate and skillful”. That may be the case, but in the 21 st
century we have no way of knowing that and to many observers, it seems an
implausible proposition.
Finally, the proposed curriculum continues the irritating practice of referring to
our country as Aotearoa New Zealand, a name which, while currently
fashionable in the public sector, is clearly not the official name of our country
and was never used by anybody, Maori or Pakeha, until late in the 19 th century.
The draft curriculum also continues another practice which has become
common in the public sector, namely sprinkling an English-language document
with words in te reo which are incomprehensible to the overwhelming
majority of New Zealanders. That certainly does nothing for the
comprehensibility of the document.
Don Brash
27 May 2021

Previous articleHave Your Say
Next articleWhat Is She Saying?