You Stupid Boy
Home Chinese Virus Hope For The Best? 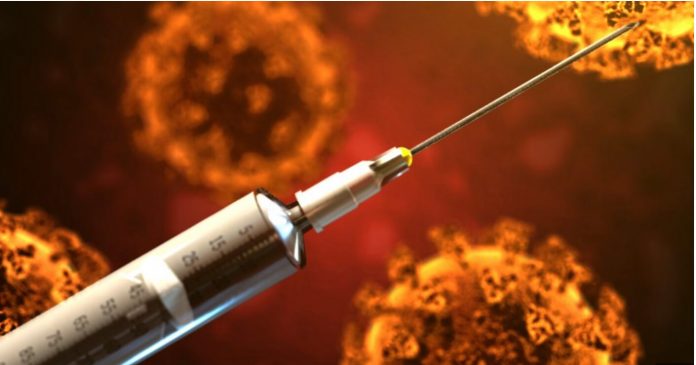 But the vax itself is bad news too.

Another ‘Vaccine’ Side Effect: Cancerous Tumors at Injection Site

“Now doctors are saying that COVID-19 vaccines cause cancer, and not just at the site of injection, but throughout the body due to toxic spike proteins that travel to cleansing organs.”

According to pediatricians, military, and veterinarians, it is not uncommon for sarcoma tumors to develop at the injection site of a vaccine, in both humans and pets, whether the injection is in the shoulder, thigh, or elsewhere.

As Natural News reports, normal cell growth is disrupted by deadly toxins used in manufacturing vaccines, including genetically engineered viruses, engineered bacteria, and various toxic additives and emulsifiers used to stimulate immune responses. These cancerous lesions would have roots that grow in depth over time, making it more difficult for surgeons to remove them safely. –

These sarcoma cancerous tumors occur in connective tissues (usually muscles) and can metastasize over time (called fibro-sarcomas). They begin at the site of the vaccine injection, as the body tries to encapsulate the toxic contents of the vaccine by surrounding them with calcium, in an attempt to prevent further damage that would occur from the toxins and the cancer spreading.

Many carcinogenic vaccine ingredients, as listed on The Centers for Disease Control and Prevention (CDC) vaccine excipient table, include but are not limited to aluminum, mercury, recombinant human albumin, formaldehyde, industrial-based dyes, urea (animal urine), polysorbate 80, bovine albumin, infected African green monkey kidney cells, latex, etc. However, the list of side effects on the packaging does not warn of a possible sarcoma at the injection site, nor do the doctors and nurses.

It is unacceptable for doctors and immunologists to claim that the amounts of toxins in the vaccines are not high enough to cause serious problems when malignant sarcoma-like cancerous tumors are being found at the vaccine injection sites, reports Natural News. 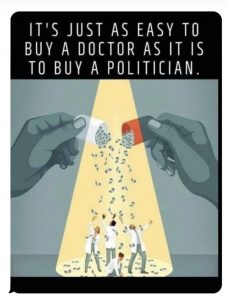 According to Natural News, this occurs in up to 1 in 1000 patients. Most sarcomas would develop after three months, but some had been observed, tested, diagnosed (by biopsy), and registered just a few weeks after the injection. It’s not “abnormal tissue” or inflammation; it’s cancer.

Depending on the depth and location of the tumor, amputation of tissue or even an entire limb may be necessary. Doctors have explained that sarcomas “tend to return to their original site,” requiring aggressive surgery to save lives after vaccination. Below are two images of cancer developing at the injection site.

“Now doctors are saying that COVID-19 vaccines cause cancer, and not just at the site of injection, but throughout the body due to toxic spike proteins that travel to cleansing organs,” warns Natural News.

As reported at RAIR Foundation USA, Dr. Ryan Cole has warned that the corona vaccines are ineffective and responsible for the increased number of cancer cases.

After Dr. Cole spoke out about the risks of the covid vaccine, ‘numerous’ oncologists contacted him. The doctors reported they are “seeing the weirdest cancers, and cancers that we have been able to keep in check and treat, taking off like wildfire – going stage 2, stage 3, stage 4, just like that.”

“That’s because of the immune dysregulation these shots cause,” emphasized Dr. Cole. An immune system that becomes compromised cannot keep in check cancer growth.

Dr. Roger Hodkinson has warned of the resurgence of cancers previously under control and the emergence of new aggressive cancers after the Covid vaccines. In addition, a research study (by former RAIR Foundation USA interviewees Massachusetts Institute of Technology [MIT] scientist Stephanie Seneff and co-authored by Texas Internist and Cardiologist Peter McCullough, MD and others) found a potential cancer risk associated with the mRNA “vaccine.” 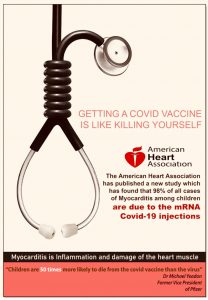 The War Against The Unvaxxed Will Not Be Forgotten Written by Dr Joseph Mercola If you refused to buy into the official narrative about the COVID...
Read more
World News

China & Rare Earth Metals China once played an insignificant role in the global rare earth elements industry. However, through the country’s recognition of the...
Read more