You Stupid Boy
Home World News How Stupid Are They

How Stupid Are They 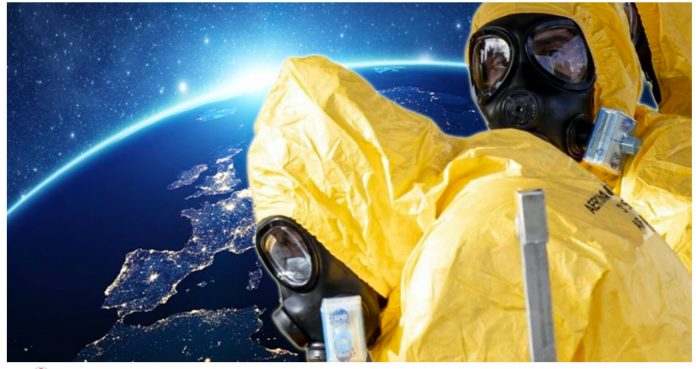 Sanctity of open borders beyond question.

Even as the coronavirus begins to spread around the continent, EU officials have steadfastly refuse to implement border controls, insisting that the sanctity of open borders is more important.

The number of confirmed cases in Italy has soared from 3 to 322 in the space of just five days, with 10 deaths, but authorities insist that the Schengen Area, which abolishes passport checks and border controls between 26 European states, must not be compromised.

Despite 50,000 citizens in Lombardy and Veneto being under internal lockdown, no such measures have been proposed for national borders.

“We agreed to keep borders open, closing borders would be a disproportionate and ineffective measure at this time,” Health Minister Roberto Speranza also told reporters in Rome on Tuesday.

As RT highlights, borders will remain open despite Italy now being a major source of coronavirus spreading into neighboring European countries.

“Switzerland and Austria- which border Italy to the north – also confirmed their first cases of COVID-19 on Tuesday. The Swiss patient, a 70-year-old man, had returned from an event in Milan two weeks ago. Across the Alps in Austria, a young Italian couple tested positive for the illness after entering Austria from Bergamo in Italy on Friday.”

French transport minister Jean-Baptiste Djebbari has also refused to close the border between France and Italy. Germany has likewise refused to do so.

European commissioner for health Stella Kyriakides also said borders should remain open while suggesting that the threat of “disinformation” was more of a concern.

At what point does stopping an immensely dangerous and disruptive global pandemic become more important than the sacred, never to be questioned or curtailed “international flow of people”?

Numerous nearby countries have closed their border with China yet infected Chinese citizens are still flowing into the west.

The World Health Organization, whose job it is to stop a global pandemic, has repeatedly insisted that preventing stigmatization and keeping borders open is critical, to the point where they seem more concerned about that than actually stopping the pandemic.

Now that the coronavirus is beginning to impact the global economy and interrupt supply chains, is that prioritization going to come back to haunt them?

Just shows you how much the EU values the immigrants over their own citizens. Time for a clean out of the EU leadership.