You Stupid Boy
Home US Politics How The Mighty Have Fallen 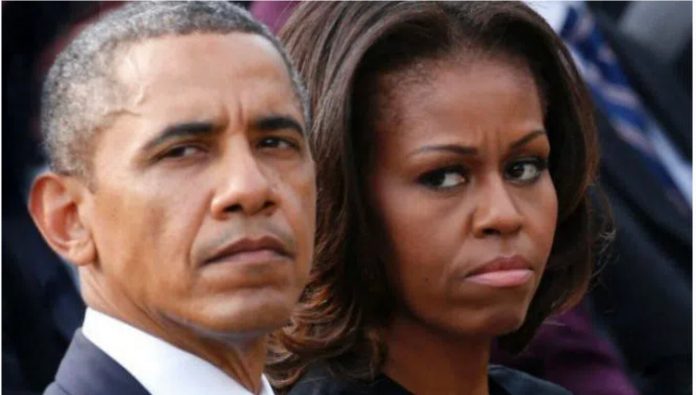 The Obamas were once the toast of the media and publishing world, launching their post-presidency media empire by signing mega-bucks book deals and scooping up lucrative podcasting deals.

Swedish streaming giant Spotify secured the Obamas on an exclusive deal and released podcasts like “The Michelle Obama Podcast” and the Barack Obama-Bruce Springsteen program “Renegades: Born in the USA.”

But the tide has turned and Spotify is now telling the unpopular Obamas to take a hike. What happened?

According to Bloomberg, the former first family’s production company, Higher Ground, won’t be signing a new podcast deal with the streaming platform, and is instead talking to other distributors about a deal “worth tens of millions of dollars, among the most lucrative in the podcasting business.” 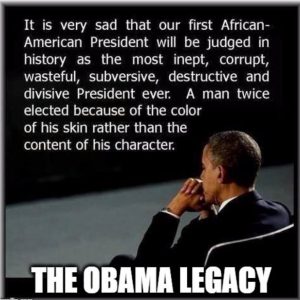 Except in reality Spotify told the Obamas to take a hike.

While a quick glance at the Bloomberg story would leave one with the impression that the decision to depart Spotify – best known for hosting the Joe Rogan podcast – was the Obamas’ (yes, it may come as a surprise to many, but they too have a deeply unpopular podcast), just a few lines lower we read that Higher Ground – the production company – is in the middle of negotiations with several potential partners, including Amazon’s Audible and iHeartMedia – and has also spoken to Spotify, “but the Swedish streaming giant declined to make an offer, according to three sources familiar with the discussions.“

Zero Hedge report: In addition to purely monetary considerations, Higher Ground – which is certainly not a reference to the Obamas’ Martha’s Vineyard beachfront mansion  which stands to promptly be submerged under several hundred feet of water when the polar ice caps melt in a few years according to the, well, Obamas – is seeking a deal that will allow it to produce several shows and release them on multiple platforms at the same time.  This, according to Bloomberg, is one reason why someone like Spotify has told the Obamas to take a hike – a widely released show will end up on their service anyway.

Meanwhile, the Obamas are each willing to commit to appearing in an eight-episode program, which for some bidders isn’t enough of a commitment to justify a deal comparable to those for shows like “SmartLess,” “Call Her Daddy” and “My Favorite Murder.” Those shows appear weekly, or with a frequency to close to that, while Higher Ground’s programs featuring the Obamas have been limited series.

Higher Ground previously struck a deal with Spotify in 2019 – when the Obamas planned their post-presidency media business – and released podcasts like “The Michelle Obama Podcast” and the Barack Obama-Bruce Springsteen program “Renegades: Born in the USA.” These podcasts debuted exclusively on Spotify, and only went live on other services months later. That exclusivity is why Spotify paid Higher Ground, but the production company found that being tied to one service limited the audience for its shows (not to mention the money), and has led to clashes during the course of their partnership.

The two parties have also disagreed about how much of the company’s output would include the former president and first lady. Spotify wanted more shows featuring two of the most famous people in the world, while Higher Ground hoped to use their deal to provide a platform for a range of voices. Higher Ground has pitched Spotify dozens of shows, but produced five. The company released “The Big Hit Show,” one of its only programs that didn’t feature an Obama, in January. Sources familiar with their current deal said more Spotify programming will be released through the fall.

Spotify has spent hundreds of millions of dollars to work exclusively with some of the most popular podcasters, including Joe Rogan, Bill Simmons and Alex Cooper of “Call Her Daddy.” The company did so hoping to capitalize on their star power to build its app’s reach, while recouping the costs through ad sales. It has had less success doing deals with mainstream celebrities and Oscar-nominated filmmakers that had no experience making podcasts.

As Bloomberg adds, Spotify’s investments encouraged Amazon and SiriusXM to spend hundreds of millions of dollars on their own exclusive deals, and the Obamas are hoping to capitalize on what has been a frothy market, but with Spotify out of the bidding, however, the list of potential homes for the Obamas has shrunk by at least one.

It was unclear how much Spotify paid the Obamas for their handful of podcasted appearances, but whatever it was it clearly did not justify the investment. It was also not clear if Neil Young threatened to return to Spotify unless the company struck a deal with the former first family.