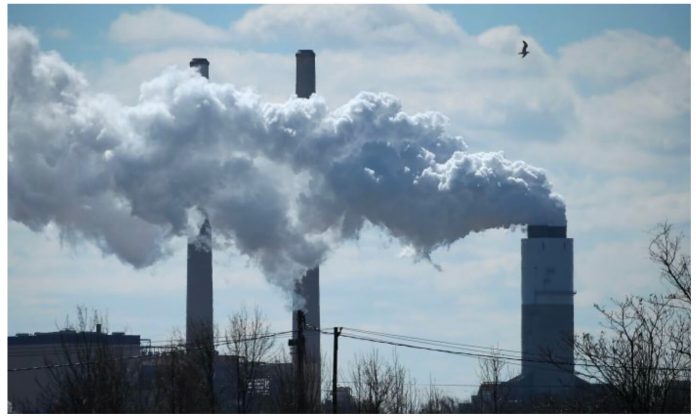 A Finnish study done by researchers at the University of Turku found that mankind only accounts for a minute portion of the global temperature change over the past 100 years.

Jyrki Kauppinen and Pekka Malmi from the Department of Physics and Astronomy, University of Turku, claim in their paper (pdf), entitled “No experimental evidence for the significant anthropogenic (man-made) climate change,” published on June 29.

“The IPCC (Intergovernmental Panel on Climate Change) climate sensitivity is about one order of magnitude (i.e. 10 times) too high, because a strong negative feedback of the clouds is missing in climate models. If we pay attention to the fact that only a small part of the increased CO2 concentration is anthropogenic, we have to recognize that the anthropogenic climate change does not exist in practice.”

According to the study, even though the global temperature has risen by 0.1 degrees celsius the past 100 years, human activity only accounts for a tenth of that amount, about 0.01 degrees celsius, a negligible amount.

They claim that the IPCC’s findings overestimate the influence of CO2 on climate change and human activities which contribute to the global temperature rise.

Furthermore, they claim that they have only used experimental evidence in their study, whereas researchers of the IPCC formulated statements are based on computational results, which filtered out the tremendous influence of cloud formation because it simply didn’t fit their theory.

“That is why those models give a very small natural temperature change leaving a very large change for the contribution of the greenhouse gases in the observed temperature,” The report said.

Instead, their findings point out that low cloud formations are responsible for climate change, they claim. “The changes in the low cloud cover fraction practically control the global temperature.”

These findings corroborate well with a report by researchers from the University of Kobe in Japan, published on June 28, entitled, “Revealing the impact of cosmic rays on the Earth’s climate,” that also states that cloud formations—that often go unnoticed by regularly used computing models—make up for the most part of climate change.