You Stupid Boy
Home Freedom of Speech Imagine If We Did This?

Imagine If We Did This? 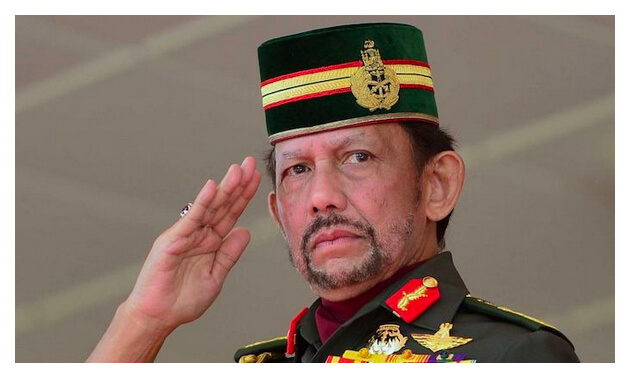 Imagine the outcry if any nation had made celebrating any Islamic festival a criminal offence. But no one will take any significant note of this.

“Brunei has made celebrating Christmas a criminal offence,” by Mark Kelly, Pattaya One, December 23, 2019

Anyone found illegally celebrating Christmas in Brunei could face up to five years in prison, according to a reported declaration by the Sultan of the tiny oil-rich state.

Brunei introduced its ban on Christmas last year over fears that celebrating it “excessively and openly” could lead its Muslim population astray.

Christians and others can celebrate Christmas, but must do so in private and have to first alert the authorities.

Local Islamic religious leaders have promoted the ban, warning that adopting the trappings of Christmas is tantamount to imitation of another faith, prohibited in some interpretations of Islam.

Officials from the Ministry of Religious Affairs have also reportedly visited local businesses to ensure they are not displaying Christmas decorations, including Santa hats and banners with Christmas greetings.

Sultan Hassanal Bolkiah, who has ruled the former British colony for nearly 50 years, introduced the ban on Christmas in 2014, the same year Brunei adopted a stricter penal code, based on Islamic sharia and including punishments such as stoning and amputation.

The Christmas ban is justified under the new laws – the punishment for celebrating Christmas is a fine of $20,000 or up to five years in prison, or both….

“Islamic bigotry like this and the dangers it brings should be obvious to anyone with eyes and ears. Yet leftists act oblivious to the truth about islam. This phenomenon conjures a metaphor in my mind: I feel like America and the West in general is like a bunch of folks trapped in a boat surrounded by circling sharks. You got the group in charge insisting, “Those sharks can’t hurt us, they’re peaceful, let’s swim.” And the other group knows what sharks can do and say, “No, they’re dangerous and want to eat us.” Then one guy falls out and gets eaten and the one groups says, “Don’t worry, that shark doesn’t represent all sharks, he’s a crazy shark.” But the other group says, “No, that’s what sharks do.” Both groups continue to fight over the issue while the sharks grow larger in number and continue to feed off us. And no matter how many of us get eaten the one group can never seem to admit the truth about sharks. You’ve got one group working off reasoned observation and experience, while the other group denies reality and threatens the lives of every one else in the boat. And this is what it’s like with leftists regarding islam, we can talk and talk while people die, yet they never seem to listen and learn. They continue to make excuses, they continue to deny reality, and our people get “eaten.”

I think there comes a point when the smart group has to throw the dumb and dangerous group out of the boat. It becomes too big an immorality for the one group to keep denying the obvious and endanger everyone else. The analogy is clear, we need to get these lying leftists out of our politics and positions of power, they are killing us–culturally and literally. They are denying the obvious threat and dangers of islam to the point of blatant complicity. I care about them as people too, but if they want to hurt me for islam then they better get out of the boat. We have families too, and our worth as people grants us equal measure in our own self defense.”