You Stupid Boy
Home Finance Inflation On The Rise? 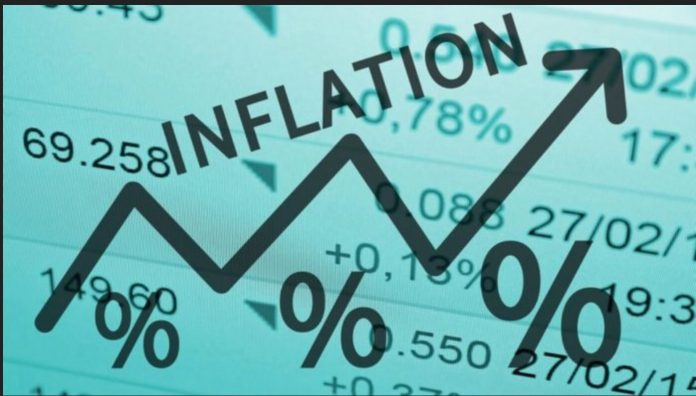 It hurts workers and retirees, disrupts investment, and can be hard to control.

Americans under 40 live with no memory of high or unpredictable inflation. Thus, the generational divide over the new, rising risk of inflation, with younger Americans more complacent, is no surprise. I don’t remember the high-inflation days, but I still fear the prospect of their return—in part because I study economic history and because most of my research focuses on financing retirement, but mostly because whenever we count out a risk, it seems to come roaring back.

Policymakers and observers may be tempted to let the price level creep up to 4 percent yearly growth and see what happens, but inflation can quickly spiral out of control. (The Federal Reserve currently targets an average inflation increase of 2 percent; inflation rose in April at a 4.2 percent yearly rate.) If prices seem poised to increase, then people will demand higher wages. They will then have more money to spend. Businesses, paying higher labor costs, will produce fewer goods, pushing inflation higher. Inflation makes the dollar less attractive as it depreciates; buying imported goods becomes more expensive, too.

The only tactic to break persistently high inflation is aggressive central bank policy, such as hiking interest rates, as Paul Volcker did in the 1980s. Volcker tamed inflation but caused a recession doing it. Yet, it was a worthwhile trade-off, because he made markets believe that the Fed would do whatever it took to control inflation—which they believed for decades.

In theory, this credibility means that today’s Fed won’t need to resort to Volcker-style rate hikes to keep inflation in check. But that’s true only if the Fed today is as credible as Volcker was back then. Fed policy and communication in the last 25 years suggest that the central bank can barely tolerate a daily dip in the stock market, let alone a recession. The Fed has even less credibility lately, as it faces political pressures to keep rates low to solve everything from racial inequality to climate change.

That should worry us. Inflation imposes direct costs on many parts of the economy. Making investment decisions is hard during high inflation. The economic outlook becomes more uncertain when prices are volatile. Producers don’t know if rising prices mean more demand for their products or just more money sloshing around.

Inflation also erodes the value of debt. That erosion is great for people with a fixed-rate mortgage but bad for lenders. So when inflation goes up, lenders charge higher interest rates on everything from bonds and mortgages to car loans. Interest rates rise not only to compensate investors for inflation but also to account for the risks associated with an uncertain inflationary environment. Even the threat of high inflation can cause rates to increase, making investment more expensive and less appealing.

Inflation also imposes costs for consumers: just ask anyone who lived and shopped in the 1970s, when prices quickly outpaced their paychecks. And not everyone experiences inflation the same way. It has become popular to argue that tolerating higher inflation will boost low-skill employment and wages, but the supposed beneficiaries are the same people most hurt by rising prices. Someone on a fixed income, perhaps retired with a pension, will get poorer each year. A low-skill worker with less market power will be less likely to get a raise to keep up with inflation. Low earners are also less likely to have money invested in assets, like stocks, that offer inflation protection; they spend more of their income on goods—oil, food, housing, and health care—that are susceptible to high inflation.

We still don’t know what the latest burst of inflation means. It could be transitory, mostly a result of the end of the pandemic. It could also soon make people under 40 learn why their elders are so worried. In any case, a loose Fed policy that courts high inflation won’t be cost-free.