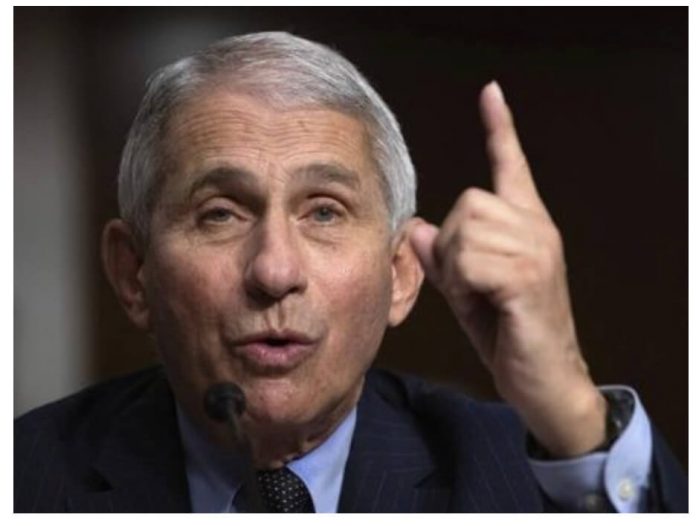 A short history of how Anthony Fauci has kept failing up since 1984. Fauci don’t know sh#t about science or anything.

In 2003, terrorism was a more immediate national danger than infectious diseases. Dr. Anthony Fauci’s National Institute of Allergy and Infectious Diseases (NIAID) had just redirected $117 million from infectious diseases to fund a new anthrax vaccine effort in response to the anthrax attacks that happened a week after 9/11.

The millions were just a small part of the $1.8 billion Fauci had poured into defense from bioterrorist attacks over the preceding two years. More than half of those funds were devoted to anthrax and smallpox alone. In 2004, Fauci launched the $5.6 billion “Project Bioshield,” the National Institutes of Health’s biggest outlay for a single research issue until then.

Some microbiology researchers at the time, however, according to the journal Nature, were concerned that Fauci’s actions would ultimately “distort priorities in infectious-disease research, sucking money away from work to understand and counter natural disease outbreaks that ultimately pose a greater threat to public health.” The 2003 Nature article cited a Stanford University microbiologist saying “that diseases such as influenza and other respiratory-tract infections routinely kill far more people than would die in a bioterrorist attack, and therefore deserve a greater share of the NIAID budget.”

The criticism turned out to be warranted. In 2007, after spending billions under the opposite premise, Fauci admitted that “at the end of the day, you’re not going to kill as many people [with an anthrax attack] as you would if you blasted off a couple of car bombs in Times Square.” His anthrax vaccine effort had failed, having been “sunk by lobbying.”

The anthrax vaccine failure followed on the heels of Fauci’s controversial leadership of the nation’s AIDS response in the 1980s and ‘90s. According to “Good Intentions,” a 1990 book by investigative author and innovation expert Bruce Nussbaum, Fauci started his career as “a lackluster scientist,” who “found his true vocation—empire building” when he took the reins at NIAID in 1984.

To ensure that AIDS would be his exclusive demesne within the federal government, Fauci “started the most important bureaucratic battle in the history of the fight against AIDS,” squeezing out more scientifically competent, but less conniving administrators. According to Nussbaum, if Fauci had not won the battle, “many people who died might have lived.”

Having won his monopoly over AIDS within the federal government, Fauci, by training an immunologist who focuses on how the body fights infections itself, favored a vaccine approach in the fight against the then-terminal illness. This understandable professional bias came at the expense of research into the anti-retroviral drugs that ultimately reduced AIDS from a death sentence to a chronic disease in remission. As Nussbaum wrote in 1990:

Tony Fauci’s managerial incompetence had exacted a staggering cost. By 1987, more than a million Americans were infected by the AlDS virus. Not a single drug treatment had come out of the government’s enormous biomedical research system. In the end, Fauci barely survived by handing over control of the government’s only AIDS drug trial program [to a pharmaceutical company].

As a result, a single drug, AZT, was the only AIDS treatment that came out of Fauci’s government research system, and only after help from the private sector. In 1988, the playwright and prominent AIDS activist Larry Kramer published an “Open Letter to Dr. Anthony Fauci” in the Village Voice, writing, in part:

You admitted that you are an incompetent idiot. Over the past four years, $374 million has been allocated for AIDS treatment research. You were in charge of spending much of that money. . . . Yet after three years you have established only a system of waste, chaos, and uselessness.

According to “Good Intentions,” in “an attempt to salvage his reputation, if not his career,” Fauci coopted Kramer, becoming the well-connected activist’s top ally within the federal government’s public health apparatus. Kramer, in turn, was Fauci’s “vector” into elitist American society, perfectly positioning the technocrat for his favorite role as “a hit-the-front-page-every-day kind of guy,” according to an unnamed health official Nussbaum quotes.

With the AIDS treatment research strategy continuing to face setbacks, Fauci focused on developing an HIV vaccine. This quest, however, offered less and less glory as the 1990s progressed. Starting in 1995, private industry began developing effective drug therapies that would drastically reduce AIDS mortality in the developed world by the turn of the millennium, making the HIV vaccine much less of a potential game changer. While the bioterrorism threat restored Fauci’s prominence in national politics, neither the bioterrorism threat nor the anthrax vaccine ever materialized.

Things got even worse for Fauci before they became better. On Feb. 3, 2020, the journal Science reported that, after almost four decades, Fauci’s “failure-ridden search for a vaccine that can stop the AIDS virus has delivered yet another frustrating defeat.” According to the scientist heading the study in South Africa, “[t]here’s absolutely no evidence of efficacy” from the $104 million study. “Years of work went into this. It’s a huge disappointment.”

Fauci admitted to Science that all those years and millions were spent on an effort that he knew was very unlikely to succeed: “We were struggling for years and years, and so we grabbed onto the slightest positive effect, a potential correlate of immunity, and it looked interesting.” Fauci, however, had had just become unfireable, with the first U.S. COVID-19 patient diagnosed only a week prior.

“I was always saying [a respiratory illness like COVID-19] would be my worst nightmare,” he claimed in June. Yet, only a few months earlier, Fauci was tellingAmericans that, far from being his biggest fear, the danger from the Wuhan virus was “just minuscule,” so “there is absolutely no reason whatsoever to wear a mask.” The media buried long-standing scientific concerns that Fauci had been “sucking money away from work to understand and counter natural disease outbreaks.”

A March 2020 hagiography published in the Washington Post’s Style section noted how the dapper doctor is, once again these days, a hit-the-front-page-every-day kind of guy, who “seems to transcend time and space, appearing in all media at all times.” The newspaper quoted House Majority Leader Steny Hoyer lamenting: “It’s a shame that at the first hint of this we didn’t just say to Tony Fauci, ‘You’re in charge, you have all the power you need, tell us what needs to be done.’”

The first COVID-19 vaccine approved by the U.S. Food and Drug Administration was developed by scientists at Pfizer, which took no funding from Fauci’s NIAID. “All the investment for R&D and manufacturing has been made by Pfizer at risk,” says the company.

Thirty years ago, Nussbaum correctly diagnosed the primary cause of Fauci’s many setbacks:

Fauci is an excellent politician who survived four decades and five presidents—two Democrats, and three Republicans. Considering the mental acuity of the country’s incoming president, and the ongoing anxiety among its citizens, it appears the politically skilled but scientifically inept Fauci administration is not going anywhere soon.

The Bill and Melinda Gates foundation is funding an educuational organization that claims “math is racist.” Niamh Harris: A group of far-left educators have compiled a...
Read more
Chinese Virus