You Stupid Boy
Home NZ Politics Is The Gloss Dropping off Our Cindy?

Is The Gloss Dropping off Our Cindy? 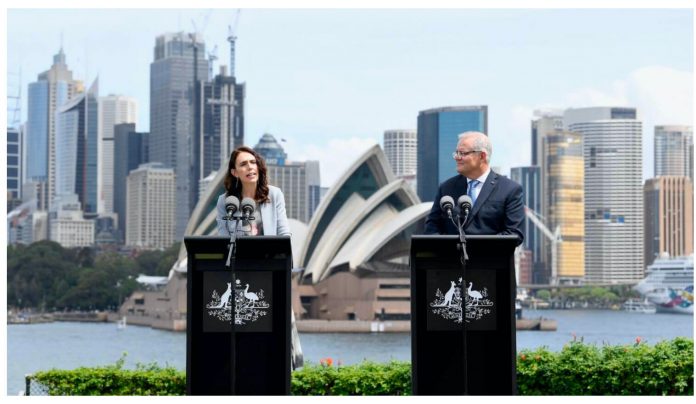 OPINION: I’ve never understood why our Government has a problem with Australia’s deportation laws that allow it to send back our criminals.

Under changes made in 2014 to section 501 of Australia’s Migration Act, an individual can be deported if they fail a character test, which includes being sentenced to at least 12 months’ imprisonment. I have no problem with that – none whatsoever.

In fact, I’d go as far to say that 12 months in prison is lenient – being deported for a criminal conviction seems reasonable to me. Yes, it’s tough for those who have lived there for a long time and have no connections in New Zealand. Unfortunately for them, that’s Australian law. It’s quite simple really – don’t commit crime and you won’t get deported.

Prime Minister Jacinda Ardern’s confrontation with Australian Prime Minister Scott Morrison two weeks ago was embarrassing. Imagine if a leader of another country came to New Zealand and, in front of a media audience, told our PM to change our laws. Ardern’s public statement to Morrison included: “Australia is well within its rights to deport individuals who break your laws. New Zealand does the same. But we have a simple request: Send back Kiwis, genuine Kiwis – do not deport your people and your problems.”

I guess the 2000 deportees so far aren’t “genuine Kiwis” except that they were all born here and probably have New Zealand passports. Oh, and most of those deported are men of Māori or Pacific descent. Hmmm, they sound like “genuine Kiwis” to me.

In response to our PM’s statement, Morrison showed class: “There’s one simple word and that’s respect. Our countries respect each other and we respect our sovereignty of each country to make rules that are in the best interest in the view of their governments”.

He was, of course, spot on. Ardern’s attempt to give the Australian PM a public dressing-down did nothing to foster relationships between our two countries.

Morrison went on to say: “I would totally expect that the New Zealand Government would always make decisions in their national interests and would take no exception to their sovereign right to do so. Australia will do the same thing.”

Yes, that’s how countries operate – we each make and enforce our own laws and we stay out of the internal affairs of other countries.

The Australian PM went on to explain his country’s position succinctly by pointing out that: “When you become a citizen, well you’ve joined the club and if you violate our laws at that point, then that is on our watch and Australia has to take care of those situations. But if you’ve committed a crime and you’re not a citizen of Australia, then you have no right to stay.”

Why is that so difficult for our PM to understand?

OK, yes – I know that the arrival of the deportees has led to major changes in the gang scene in New Zealand, especially with the establishment here of chapters affiliated to various Australian outlaw motorcycle gangs. If gang members choose to participate in criminal activities, then police need to deal with them – that’s their job after all. If police aren’t resourced to do their job effectively, then that’s an issue for our Government.

The advertisement for nurse navigator roles for Maori and Pacific Islanders on the Queensland Government website says: “For this job it is a genuine occupational requirement that it be filled by a Maori or Pacific Islander person as permitted and arguable under sections 25 and 104 of the Queensland Anti-Discrimination Act 1991.”

Steve Elers is a senior lecturer at Massey University, who writes a weekly column for Stuff on social and cultural issues.

Previous articleWhat does coronavirus feel like?
Next articleCindy Sees Sense At Last