You Stupid Boy
Home Space Is There Life Out There?

Is There Life Out There? 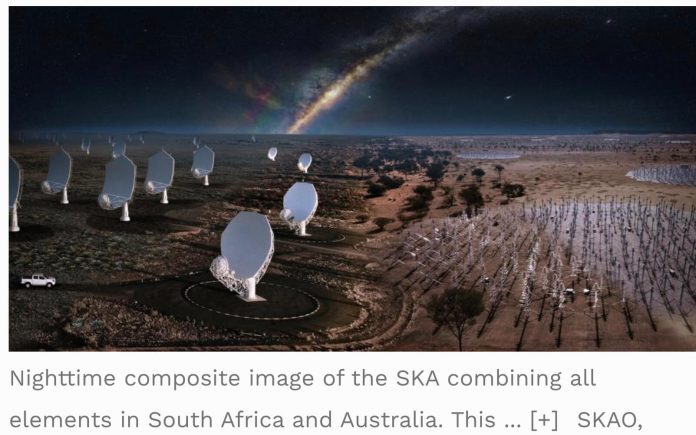 Explained: Why The World’s Biggest Telescope Will Span Two Countries, 131,072 Antennas And 197 Dishes

Are you ready for one of “the great scientific adventures of the coming decades”?

Construction of the largest and most complex radio telescope network in the world officially began today in what is being described as a “historic moment for radio astronomy.”

Designed to help astronomers answer some of astronomy’s most fundamental questions, the Square Kilometre Array Observatory (SKAO) was today given the go-ahead at its first council meeting at its headquarters at Jodrell Bank, Cheshire in the UK. Jodrell Bank is home to the Lovell Telescope, the world’s third-largest steerable radio telescope.

What is radio astronomy?

It’s the study of the sky in radio frequencies. Stars, galaxies and other cosmic phenomena emit —waves of light. Visible light is electromagnetic radiation, and are radio waves, gamma rays, X-rays, and infrared. So to get a full picture of what’s out there astronomers need to use radio telescopes to detect and amplify radio waves from space.

What is the SKA?

A true “mega-science” project for the 21st-century, the SKA is astonishing in its scope. So vast, in fact, that it will see radio receivers installed on two continents and take a decade to construct.

The hardware will be built far from human-made electronics or machines that emit radio waves.

In Karoo in South Africa’s Northern Cape, 197 parabolic radio antennae—better known as “dishes”—will be built, each 50 feet/15 meters in diameter. The South African Radio Astronomy Observatory (SARAO) has already built 64 of them.

Why not just one massive dish? That’s not practical, so astronomer use something called interferometry—lots of smaller antennas connected by optical fiber to create a “virtual” telescope called an array. The result is greater sensitivity and finer resolution. 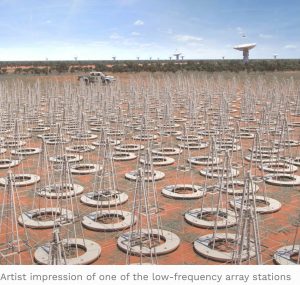 How sensitive will SKA be?

The SKA will have a total collecting area of well over one square kilometer—hence the name—making it by far the largest radio telescope array ever constructed.

The SKA will be so sensitive that it would be able to detect an airport radar on a planet tens of lights years away, according to the SKAO.

It’s hoped that the SKA’s sheer size and sensitivity will reveal many more radio galaxies—and revolutionise our understanding of how galaxies evolve.

It’s also hoped that the SKA will be able to map dark energy, find every pulsar in our galaxy and pick-up any signals from intelligent life.

How important is SKA?

“This is a historic moment for radio astronomy”, said Dr. Catherine Cesarsky, appointed first Chair of the SKAO Council. “Behind today’s milestone, there are countries that had the vision to get deeply involved because they saw the wider benefits their participation in SKAO could bring to build an ecosystem of science and technology involving fundamental research, computing, engineering, and skills for the next generation, which are essential in a 21st century digital economy.” 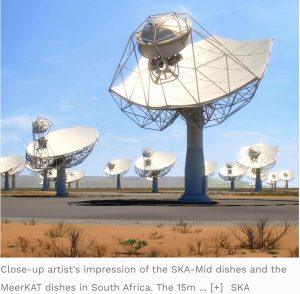 Many countries are financing the SKAO; Australia, Italy, The Netherlands, Portugal, South Africa and the United Kingdom. France, Germany, Spain and Sweden are aspiring members.

“This is one of the mega-science facilities of the 21st century,” said said Prof. Philip Diamond, appointed first Director-General of SKAO. “It is the culmination of many years of work … this is about participating in one of the great scientific adventures of the coming decades.”

Previous articleWhy Have A Gun?
Next articleDo Cindy and Co Approve of This?