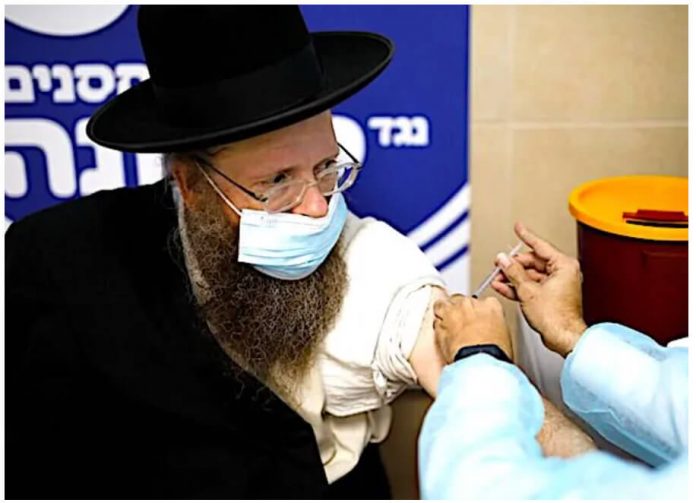 According to a new study in Israel, an astonishingly low number — 0.06 percent — of people who have received the second round of the Pfizer COVID vaccine reported “sick” — and none of them seriously.

New data released by the Maccabi Healthcare Services has confirmed the effectiveness of the Pfizer coronavirus vaccine.

As of Thursday, only 254 individuals out of the 416,900 [0.06 percent] who were already a week after the second Pfizer shot – the time where the immunity is considered to kick in – got infected with the virus, the organization reported. Moreover, those who were found to be positive only had light symptoms, with just four of them being hospitalized, all of them in light condition.

Over the same period of time, some 12,944 new cases of COVID-19 emerged in the control group of some 778,000 people having a diverse health profile.

A comparison between the data from the two groups shows that the vaccine is 91 percent effective seven days or more after the second injection is administered.

From a segmentation of the infections that did occur, it appears that the immunity increases as the days go by. Among the 254 people who contracted the virus, 76 of them were infected after seven days, 44 on the eight day, and 24 on the ninth day. Between day 22 and 24 – when the test period ended – no one was infected.

According to the studies conducted by Pfizer, the vaccine had an efficacy of about 95 percent, which is considered very high.

With some 2.5 million members, Maccabi is the second largest health fund in Israel. About 900,000 of its customers have already received the first shot, and about 500,000 the second one.

“The data continue to be very encouraging and to show that the effectiveness of the vaccine is high and stable,” Dr. Anat Aka Zohar, head of Maccabi’s Information and Digital Health Division said. “The findings clearly indicate that as the days go by after the second dose, the immunity becomes stronger.”

She also emphasized that the vaccine does not only protect against infection but also again developing more severe symptoms.

Dr. Anthony Fauci warned the public these COVID vaccines would not stop anyone from contracting the COVID “virus” — rather, the vaccines would merely help in lessening the symptoms of those who get infected — exactly what all vaccines are theoretically supposed to do.

Yet, if we are to believe the Israeli “experts”, the Pfizer vaccine is miraculously stopping people from actually becoming “infected” or testing postive at all — which is in complete defiance of vaccine science. 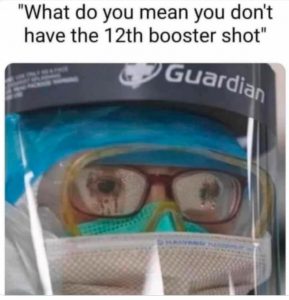 But when it comes to this pandemic, there seems to be a lot of “miracles” happening in Israel — like the complete disappearance of the seasonal flu.

Big Pharma even went out of its way to convince Jews that the COVID vaccines were strictly “kosher” — perhaps a dog whistle that the fix was in?

And a recent study in China — with 10 million people — proved that there is zero transmission of COVID in asymptomatic people.

So the only way for vaccinated Israelis to no longer test positive for COVID is for the Health Ministry to have lowered cycling threshold for the PCR test — from 35 or 40 to under 25 — which is exactly what the World Health Organization recommended two weeks ago.

Not only that, the second round of the Pfizer COVID vaccine allegedly has a stronger dose than the first round — and according to the Israelis, there have been NO serious side effects or deaths reported — even though over 300 deaths have already been reported from the first Pfizer vaccine in America.

All of these “miraculous” results coming out of Israel can be explained very simply — Israelis are receiving placebo vaccines, and they have changed the PCR standards to make it falsely appear that the vaccines are working — just as we predicted they would do over 6 months ago.

Certainly we cannot blame the Israelis for giving their own citizens safe placebo vaccines — that’s what any responsible government would do to protect its people — especially elderly and frail Holocaust survivors.

As we previously reported, it would be absolutely unconscionable and irresponsible to subject Holocaust survivors of all people to dangerous medical experimentation with these untested vaccines — international laws against such experimentation were implemented after WWII for that very reason.

Unfortunately, these fake successful results in Israel will be used to convince 100s of millions of “gentiles” in the West that these dangerous — even deadly — vaccines are safe and effective — and many people will become disabled and die after they take “hot” doses of the real vaccines.

Previous articleHave Your Say
Next articleOmicron Vaccines Must Be Given Monthly