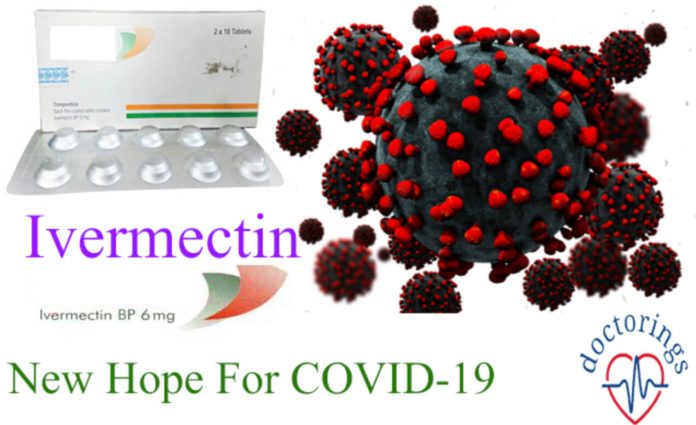 A doctor from the Philippines strongly defended the use of ivermectin for preventing and treating COVID-19, pointing to “80 clinical studies” which support his arguments, and alluding to “bias” and conflicts of interest, which have led medical bodies to be reluctant about promoting the drug.

Appearing on Philippine television channel ABS–CBN, Dr. Benigno Agbayani answered a range of questions about the efficacy and safety of the drug, as well as the peculiar reticence to recommend it for treating COVID-19.

Agbayani, the president of Concerned Doctors and Citizens of the Philippines, revealed that since last year, he had spent over five hours a day studying scientific literature on all things pertaining to COVID-19, including the non-effectiveness of lockdowns. “I think I’ve read more than anyone on COVID-19,” he stated.

However, Agbayani did not spend long defending his medical credentials, but instead advocated the use of ivermectin by referring to the wealth of scientific studies with which he was by now very familiar. He already prescribed ivermectin to over 300 of his own patients, but despite the success he has experienced so far, Agbayani stated that he looks “at the success rate of studies, rather than my personal experience, because that’s where I base my recommendations.”

“As much as anecdotal [pieces of evidence] are good, and we have many, I really prefer that we stick to the science,” he said. “People are trying to scare us from taking ivermectin. It’s one of the safest drugs in the world.”

Mentioning a study from September 2020, Agbayani stated that ivermectin had been shown to actually block “the receptor sites of the virus onto our cells, therefore blocking it from ever getting to the cell.”

“You have over 26, as of today, randomized control trials showing effectiveness, even as high as 89% for prevention, and as high as 80% for treatment. So I think regardless of what the other groups are doing, you have so much science behind it, I do not see why we have to be so concerned.”

Some studies mentioned ivermectin in conjunction with accompanying treatments, but Agbayani noted that even with this, it was possible to prove the effectiveness of ivermectin on its own. Pointing to the evidence found by Dr. Tess Lawrie, Agbayani explained that the drugs accompanying ivermectin in the studies were there, “but not all the time,” and that they “have already been proven not to work, so if you have two drugs given with ivermectin, and one drug doesn’t work, then you have to conclude that it must be ivermectin,” which produces the result.

He alluded to the peculiar antagonism which has been levied against ivermectin, noting how scepticism regarding studies promoting ivermectin is not mirrored with other drugs: “[T]he same thing can be said of every drug that we tried. Even people who are taking remdesevir, they also try other drugs, and yet you don’t question that.”

Continuing, he noted that “most” of the drugs accompanying ivermectin in the trials were “not even anti-virus [drugs], most of them are supportive of your immune systems.”

Drawing once more on the scientific data, Agbayani promoted ivermectin both as a prophylactic, and as a treatment once infected with COVID-19. Conclusions drawn from “at least 12 clinical studies,” of which 3 were randomized, controlled trials, revealed “an 89% rate of preventing COVID-19.”

Yet despite this, medical bodies have been consistently reluctant to promote the use of ivermectin, with Big Tech even weighing in and deleting videos which defended the drug. Thanks to the efforts of the Front Line Covid-19 Critical Care Alliance (FLCCC), the U.S. National Institutes of Health (NIH) upgraded their recommendation for the “miraculous” drug ivermectin, making it an option for use in treating COVID-19 within the United States, but only since January.

Agbayani suggested two reasons for the global reticence regarding the drug. Dealing first with the NIH, he suggested that “the NIH, the U.S. I mean, just needs to update their data. I think the last time they gave an update was February. They said it could be useful, it may not be useful.”

But he also mentioned that there was some deliberate avoidance at properly promoting ivermectin, commenting on how the World Health Organization’s March 3 recommendation of the drug did not include preventative use, but “only mentioned treatment and for severe cases. For severe cases and early treatment.”

“They did not include prophylaxis, because I think they’re afraid to recommend it, that’s why they did not make a comment,” he continued. “If you look at the way they studied it, they did include so many other studies … there seems to be a bias in those recommendations and we feel that they do not want to look at certain studies preferentially, and this was observed even before this recent announcement.”

“There is some kind of bias going on that we’d like to question. This is the time in our history when we should look at conflicts of interest.”

Such a conflict of interest could exist in the vaccine company Merck, Agbayani added, in answer to why the company even issued a statement advising against the use of ivermectin for COVID, despite having developed it some 30 years prior. This was an “excellent example of conflict of interest,” stated Agbayani.

“Merck is coming out with a new drug for the early treatment of COVID-19. How can Merck make money out of ivermectin, if the patents already expired in 1996, so even if it tries that, I don’t think they’ll make money at all, when so many other companies are making ivermectin. So they have to put their mouth on their research expenses on their new drug.”

Despite Merck joining other vaccine companies in pushing out speedily developed new drugs, ivermectin was still being side-lined, although it has been “used for 25 years,” said Agbayani. Even taking a dose, “ten times” the NIH daily recommended amount, would “have no [side] effect.”

“Compare that to other drugs that we are now using that are fairly new, where you are getting so many reports of side effects. So it’s really amazing that people still say it’s an unsafe drug when it’s been used for 25 years, over 3.7 billion doses have been given.”

Dr. Agbayani is by no means alone in his promotion of ivermectin for treating and preventing COVID-19.

Back in December, intensive care specialist Dr. Pierre Kory, a founding member of the FLCCC, delivered an impassioned address to the Senate Homeland Security Committee, defending the “miraculous effectiveness of ivermectin,” and stating that it “basically obliterates transmission of this virus.”

“It literally destroys the virus in most people within 48 hours,” agreed fellow panelist Dr. Jean-Jacques Rajter, whose peer-reviewed study found 60% fewer deaths among patients given the drug.

In fact, the efficacy of ivermectin with regard to COVID-19 was already hinted at in April 2020, when researchers in Australia pointed to a dramatic effect the drug had on the virus. “We showed that a single dose of Ivermectin could kill COVID-19 in a petri dish within 48 hours, indicating potent antiviral activity,” stated Dr. David Jans, a professor of biochemistry and molecular biology at Monash University in Melbourne.

Even after just 24 hours, “there was a really significant reduction” in the virus, added Dr. Kylie Wagstaff, a senior research fellow in biochemistry and molecular biology at Monash University.

Previous articleWhat Is She Saying?
Next articleHave Your Say