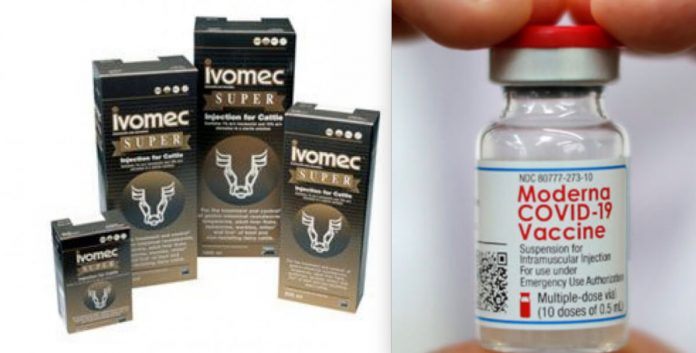 According to the capital authorities, a study was carried out at the end of January to analyze the benefits of the drug.

Ivermectin reduced the chances that a person will be hospitalized for covid-19 by 76%, officials of Mexico City reported on a medical study.

In a press videoconference, the head of the Digital Agency for Public Innovation (ADIP), José Merino, detailed that according to an experimental analysis based on the public intervention that was made in the capital of the country, where a medical kit was delivered With 6 mg of ivermectin and 100 mg of acetylsalicylic acid , it was found that the probability of being hospitalized is reduced by 68.4 percent if the kit was received compared to a person who did not.

He indicated that the study found that among those patients who received medical follow-up by Locatel and the Mexico City kit with the drug, the chances of being hospitalized were 76 percent lower.

“We did the analysis at the end of January, which agrees with the evidence from specialized public health journals,” he said.

He added that “Additionally, among those who received the kit, Locatel follow-up reduces the probability of being hospitalized by 29.5 percent, compared to someone with a kit, but no follow-up.”

We recommend: Some relatives of L12 victims have not wanted initial support, says Sheinbaum He highlighted that the study was carried out by Lila Petersen, Saúl Caballero, Eduardo Clark, and José Merino, from ADIP; and also by Víctor Hugo Borja, Oliva López and Jorge Alfredo Ochoa from the Secretariat of Health of Mexico City.

The Secretary of Health of the capital, Oliva López, indicated that the study found the reduction in the possibility of developing a serious picture of Covid-19 with the use of Ivermectin, “that is the most important effect.”

He stressed that it is a standardized and massive treatment with more than 135 thousand medical kits delivered.

Previous articleBill Will Limit Free Speech
Next articleHave Your Say