You Stupid Boy
Home US Politics Justice For Rittenhouse 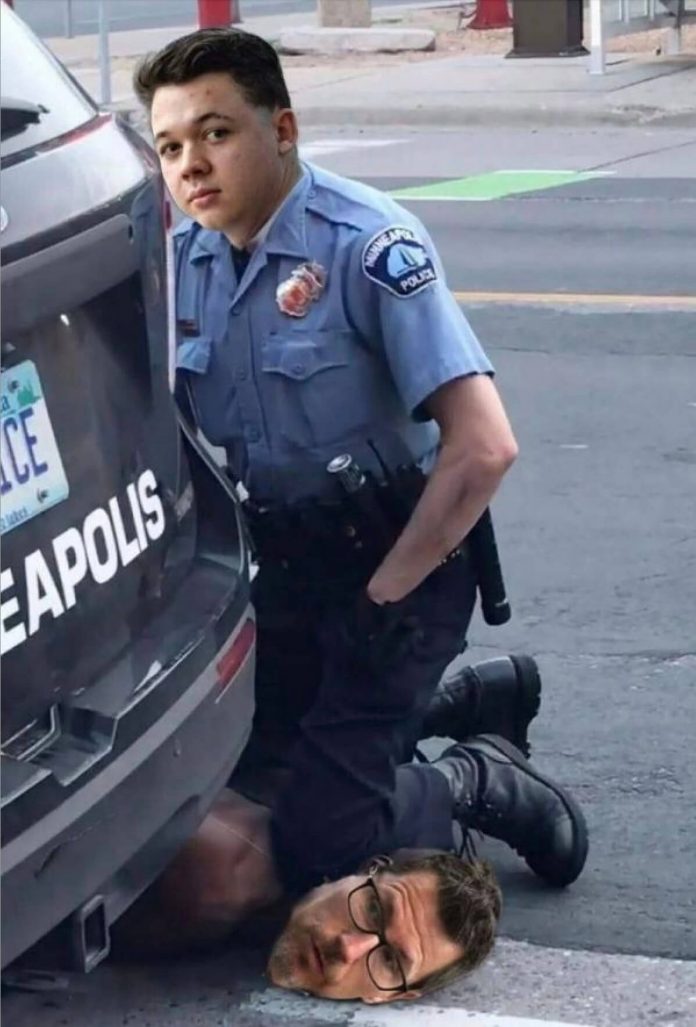 Alex Jones On Rittenhouse Acquittal: Rioters Shot By Kyle ‘F**ked Around And Found Out’

After Kyle Rittenhouse was found not guilty of all charges, Infowars host Alex Jones said the violent mob that attacked him “f**ked around and found out.”

Infowars host Alex Jones joined the public discussion following the acquittal of Kenosha teen Kyle Rittenhouse, saying that the violent mob that attacked Rittenhouse “f**ked around and found out.”

“Then here comes a mob of people looking for trouble,” Jones said. “You know what? They f**ked around and they found out, didn’t they?”

AJ: “Mob of people looking for trouble fucked around and found out!” pic.twitter.com/sdrwmIf65K

After a trial that took almost two weeks, with national attention focused on the courthouse, Rittenhouse was found not guilty on all counts, including homicide charges. He had previously been charged with firearms charges, but these were struck by Judge Schroeder, National File previously reported.

The trial had come under severe scrutiny, with the prosecution behaving in a strange manner at various times. During the prosecution’s closing argument during the Kyle Rittenhouse homicide trial on Monday, Assistant District Attorney Thomas Binger picked up an AR-15 semiautomatic rifle and shouldered it in a shooting position with the barrel pointed in the jury’s general direction towards the left side of the courtroom with his finger inside the trigger guard, in a violation of firearm safety etiquette.

About an hour after Kyle Rittenhouse was found not guilty on all counts, Joe Biden was asked about the matter by a press pool. “I stand by what the jury has concluded,” Biden stated. However, the White House later released an official statement in which Biden said he was “angry and concerned” with the verdict. He still reiterated his respect for the jury system in his follow-up statement.

In a follow-up press release, Biden stated that he was “angry and concerned” with the Rittenhouse verdict while still reiterating that he respects the decision of the jury. He later urged “everyone to express their views peacefully.”

Then-candidate Biden made a similar claim in September, 2020 when he shared a video montage portraying Trump as sympathetic to “white supremacists”. The montage included an image of Rittenhouse.

Rittenhouse’s mother, Wendy Rittenhouse, announced she would be bringing a defamation lawsuit against Biden in November of last year. “Kyle is a caring young man. He went to Kenosha to help people. What Joe Biden did, showing my son’s picture and labeling him a white supremacist – I will take him down,” Wendy Rittenhouse told Tucker Carlson at the time.

Jen Psaki was asked about Biden’s false claims at a press briefing on Monday. “Why did President Biden suggest that Kyle Rittenhouse, on trial in Kenosha, is a white supremacist?” Peter Doocy of Fox News asked Psaki. “What I’m not gonna speak to right now is anything about an ongoing trial, nor the President’s past comments,” she replied, sidestepping the question. Psaki also made vague comments about “vigilantes patrolling our communities with assault weapons.”

Rittenhouse lead defense attorney Mark Richards also weighed in on Biden’s comments during a post-trial press conference. “Biden said some things that I think are so incorrect and untrue,” Richards said. “He’s not a white supremacist. I’m glad that he at least respects the jury verdict.”