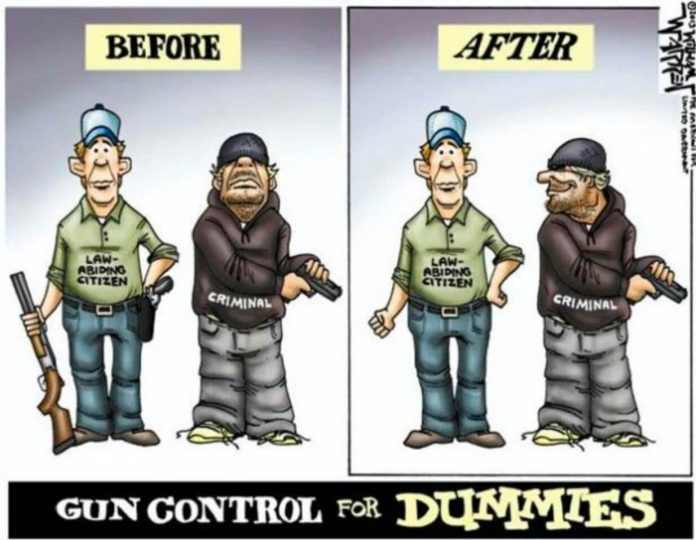 Figures published on the Police website tell us that a total of 56,250 firearms were collected in the so called buyback and amnesty that ended on the 20 December. This equates to 3.75% of the civilian armoury of an estimated 1.5 million firearms, so there are still a lot of firearms in the community.

Centre fire semi automatics accounted for 63% of the total buyback, in other words 32,345 – 9,532 MSSAs = 22,813 A Cat semis, since no one will admit to knowing how many were in the community to start with, despite police issuing all the permits that allowed them to be imported, it is difficult to estimate the number remaining in the community. Figures released by Customs indicate that 98,580 rifles were imported in the five years 2013-2017, would it be fair to estimate 1 in 4 of these to be a semi auto, about 24,625. So what about all the semi A cats imported prior to 2013, we know a lot of these were 3-4 shot hunting rifles dating back to the early 1900s. So again there must be a significant number of semi autos still in the community, it has been estimated to be in the region of 100,000.

12,375 (22%) of the buyback comprised of rifles with a magazine capacity greater than 10 rounds, a high percentage of these would be .22 pump and lever actions with magazines ranging from 12-15 round. And even if centre fire did they really pose a threat to public safety in the hands of LFOs?

Semi auto and pump action shotguns accounted for 13% of the total, 6,674, because they held more than 5 shots. Again we question whether these really constitute a threat to public safety in the hands of LFOs.

The cost $102,198,651, but that does not include the hidden cost to the police of collecting, transporting and destroying so many firearms and the additional admin resulting from processing all the new licence endorsements etc.

SSANZ view is that the whole process has been a total failure, because not only has it failed to remove all so called dangerous firearms from public hands it has alienated a large section of the firearm community driving many firearm into the grey or black

markets where they are no longer stored securely and safely. Added to this it has destroyed the previous good relationship between LFOs and police.

The Select Committee published its report on the Arms Legislation Bill on 10 February. The Labour majority have recommended that the Bill should proceed with some minor changes, both National and Act recommended that the Bill should be rejected. Parliament will debate this and the Bill may be amended in some small ways. However since the government has the numbers on its side the Bill is likely to be passed and become law by March.

The only way to reverse this Law change will be to bring about a change of government at the election on 19 September with a party committed to repealing this Bill. Then your most effective weapon will be how you cast your party vote.

Protesting – not our thing

Many firearm owners feel uncomfortable taking part in protest demonstrations, however that did not stop sixty SSANZ members and friends from taking part in a successful protest against the Arms Legislation Bill in Whangarei on Saturday 8 February, with plenty of supporting toots from passing traffic. Other protests took place in major centres around the country.

Are you a Kiwi (endangered species) or an Ostrich (head in the sand)?

With our present government denying Licensed Firearms Owners our right to a fair democratic process in round one and then introducing the most draconian firearm laws ever in round two last year, which will spell the end of many shooting sport opportunities and severely restrict firearm ownership, why have so few of you lifted a finger to oppose these changes? Where are the 200,000 of you who don’t belong to SSANZ or COLFO? Just sounding off on facebook doesn’t help.

Did you make a submission to the Select Committee on the Arms Legislation Bill, join and donate to www.fairandreasonable.co.nz take part in a protest gathering, talk or write to your MP? From what we have seen to date the vast majority of New Zealand LFOs did none of those things.

Many of our grandparents and parents gave their lives or suffered years of privation in two World Wars to defend our rights to freedom and democracy, have their sons and daughters gone soft in the peace that our forebears created. So soft that you don’t care about the encroaching police state.

Or perhaps because you are an ostrich you didn’t know about all these threats to our freedoms, sport and hobby.

Let us correct that and keep you informed. Become a Kiwi and join the fight for survival of our species, join SSANZ today www.sportingshooters.nz

Previous articleCruise Anyone?
Next articleHave Your Say

The War Against The Unvaxxed Will Not Be Forgotten Written by Dr Joseph Mercola If you refused to buy into the official narrative about the COVID...
Read more
NZ Politics

MATT KING HAMILTON LAST NIGHT it was heartening to see so many like-minded people at last night's meeting in the Whatawhata Pub. I stopped counting...
Read more
Freedom of Speech

WHO Pandemic Treaty Would Mean ‘The Abolition Of Democracy’ The abolition of democracy by the global elites continues…This amounts to no less than disenfranchising the...
Read more