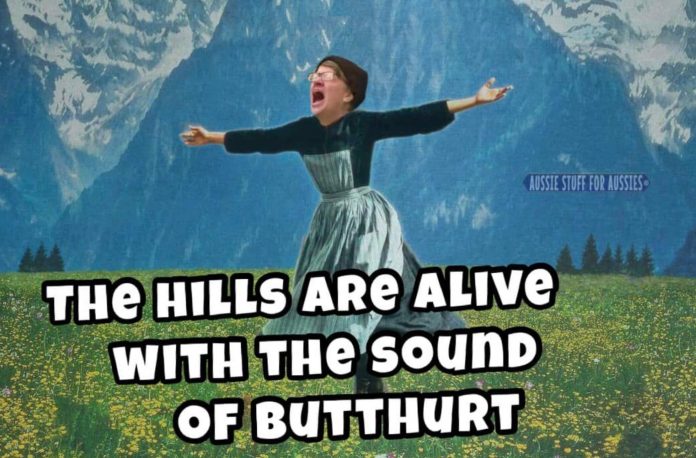 Woke academics are mounting a campaign to ban archaeologists from identifying human remains as male or female because “scientists cannot know how an ancient individual identified themselves.”

Generally speaking, as soon as ancient human remains are excavated, archaeologists begin the work of determining a number of traits about the individual, including age, race and gender.

But a new school of thought within archaeology is pushing scientists to think twice about assigning gender to ancient human remains.

It is possible to determine whether a skeleton is from a biological male or female using objective observations based on the size and shape of the bones. Criminal forensic detectives, for example, do it frequently in their line of work.

“You might know the argument that the archaeologists who find your bones one day will assign you the same gender as you had at birth, so regardless of whether you transition, you can’t escape your assigned sex,” tweeted Canadian Master’s degree candidate Emma Palladino last week.

Palladino, who is seeking an advanced degree in archaeology, called assigning gender to an ancient human “bullshit.”

“Labelling remains ‘male’ or ‘female’ is rarely the end goal of any excavation, anyway,” wrote Palladino. “The ‘bioarchaeology of the individual’ is what we aim for, factoring in absolutely everything we discover about a person into a nuanced and open-ended biography of their life.”

She is not alone. Gender activists have formed a group called the Trans Doe Task Force to “explore ways in which current standards in forensic human identification do a disservice to people who do not clearly fit the gender binary.”

“We propose a gender-expansive approach to human identification by combing missing and unidentified databases looking for contextual clues such as decedents wearing clothing culturally coded to a gender other than their assigned sex,” the group’s mission statement reads.

“We maintain our own database of missing and unidentified people who we have determined may be Transgender or gender-variant, as most current database systems do not permit comparison of missing to unidentified across different binary sex categories,” the group writes.

This February, University of Kansas Associate Professor Jennifer Raff published “Origin: A Genetic History of the Americas,” in which she argued that there are “no neat divisions between physically or genetically ‘male’ or ‘female’ individuals.”

Raff suggested scientists cannot know the gender of a 9,000 year-old biologically Peruvian hunter because they don’t know whether the hunter identified as male or female – a “duality” concept she says was “imposed by Christian colonizers.”

Raff did not respond to a request from The College Fix to comment.

Some archaeologists push back at the effort to de-gender human remains.

San Jose State archaeology Professor Elizabeth Weiss told The Fix that eliminating gender classifications amounts to “ideologically-motivated fudging.” Weiss said there is a move among academics “toward getting all of the academy’s favored shibboleths to accord with one another.”

Weiss said the recent explosion in the number of people identifying as transgender suggests that trend is “social and not biological,” so “retroactively de-sexing obscures this obvious fact.”

“Some early anthropologists sometimes mistook some robust female skeletons as male skeletons, particularly in the Aleut and Inuit collections; this reinforced false stereotypes that females were not as hard working as males,” she said. “Over time, biological anthropologists and archaeologists worked hard to determine which traits are determined by sex, regardless of time and culture. This new policy of erasing this progress is a step back for science and women.”

“Sexing skeletal remains is a critical skill in forensics and any diminishing of this skill will negatively impact criminal investigations, denying the victims and their families justice,” she said.

Weiss is currently suing her school for locking her out of its human remains collection, which she says is retribution for her position opposing the repatriation of human remains.

Weiss is joined by University of Cambridge scholar Jennifer Chisolm, who has argued analyses that posit transgender individuals played a large part in Indigenous populations are often ahistorical, and can even distract “from the contemporary discrimination [such individuals] face within their own communities.”

Gender politics are not the only ideology to work its way into anthropology and archaeology. Some activists have called for scientists to cease classifying remains by race, as well.

“Forensic anthropologists have not fully considered the racist context of the criminal justice system in the United States related to the treatment of Black, Indigenous, and People of Color; nor have we considered that ancestry estimation might actually hinder identification efforts because of entrenched racial biases,” Elizabeth DiGangi of Binghamton University and Jonathan Bethard of the University of South Florida wrote in a study released in January.

Others have called for changing primate names that were derived from white white men from the northern hemisphere. The activists argue that continuing to use the current names is “perpetuating colonialism and white supremacy.”

“This is just another attempt to insert a current woke ideology where it doesn’t belong,” Weiss said. 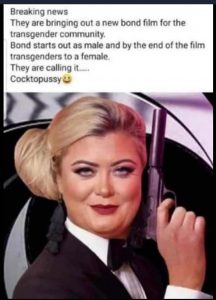 Previous articleNZTSOS and NZDSOS
Next articleHave Your Say