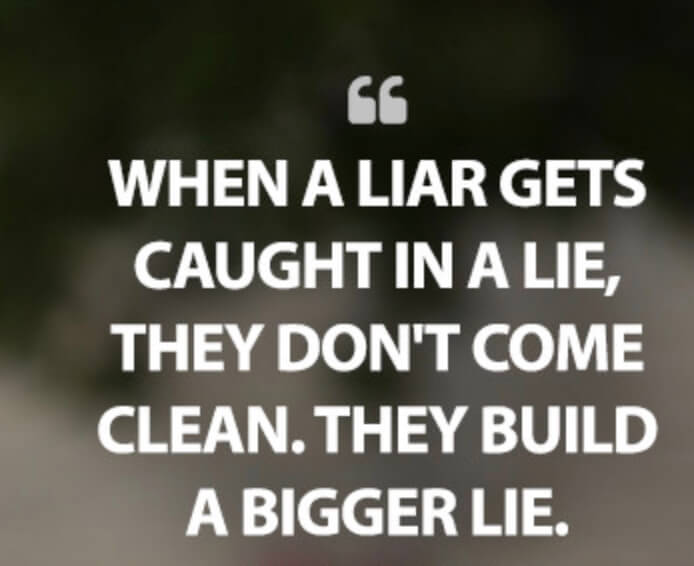 Terms like ‘pandemic’, ‘herd immunity’ and ‘vaccine safety’ have already been re-defined by evil globalists over the past year.

Now even dictionaries are being re-written to fool people about what the word ‘vaccine’ actually means. Merriam-Webster have been caught red-handed by eagle-eyed reader, Gary Conway (image below). 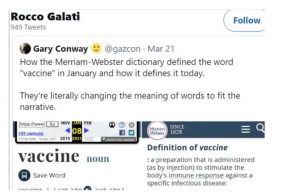 Dumbing down the masses into accepting the COVID19 jab is all part of the plan to make it easier for eugenicists to meet their agenda of mass de-population by brainwashing the gullible.  Here we take a look at the evidence.

Merriam-Webster have joined the elite conspiracy on vaccine definition to give the appearance that it is perfectly normal, acceptable medical practice to inject something other than the actual living or dead sample of the disease into the host to stimulate an immune response. Those of us who  remember our school science/history lessons will recall how, in 1796, Englishman Edward Jenner administered the first smallpox inoculation, thereby giving birth to the science of immunology.

Jenner had observed that milkmaids, who often contracted cowpox, seemed immune to its much deadlier cousin, smallpox. In a ‘Eureka’ moment Jenner had the idea to inject a tiny amount of infected human tissue into a small boy (guinea pig) and observed the outcome. Jenner saw that the boy did not contract the disease and thus the basis of vaccination theory was established.

However, what is happening today with mRNA ‘vaccines’ is far removed from the original concept such that all manner of toxins now make up the ingredients of these experimental potions, as Merriam-Webster’s redefinition shows below: 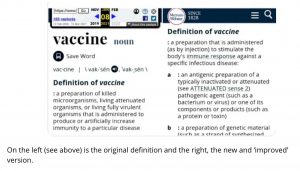 Do you note how we are moving further from the concept of stimulating an immune response by simply introducing a tiny fragment of a disease into our bodies into now inserting an “antigenic preparation” (as per part ‘a’).

This leads us nicely into the trap set for us in part ‘b’ above, which opens up the possibility that even synthetic, man-made strands of genetic material will also do the job!

In an earlier article, ‘Moderna’s COVID Vaccine Is An ‘Operating System’ – Is This Transhumanism?’ I warned readers where this was all heading.

I wrote at that time:

“Documents obtained from Moderna reveal that the so-called vaccine being peddled by the company is actually an ‘operating system’. This startling admission confirms what vaccine skeptics have claimed – that COVID is about control, not a virus.

It won’t be lost on anyone who has done due diligence over this pandemic to see past the glib claims of paid-off politicians and compliant media that all is not as it seems.

To start, it is no coincidence that one of the key promoters of these new mRNA ‘vaccines’ is none other than Microsoft billionaire, Bill Gates. Bill gave a Ted Talk where he boasted vaccines can help cut global population by 15 percent.

Yes he said cut population. How does that work – by deactivating these vaccine-implanted operating systems in us?”

Let us be clear about this, the COVID19 experimental injections being rolled out by Moderna and Pfizer are nothing similar to traditional vaccines.

These mRNA (messenger RNA) platforms are an “operating system” designed to program human beings and turn their cells into efficient drug delivery systems. Moderna is now going public with the real intentions behind the mRNA platform.

As I explained to asiapacifictoday.tv last week, Bill Gates and others at the center of this crime against humanity made sure they were granted immunity from criminal prosecution by our governments. Why would they need that? Don’t say you haven’t been warned.

Previous articleHave Your Say
Next articleWhen Will This End?