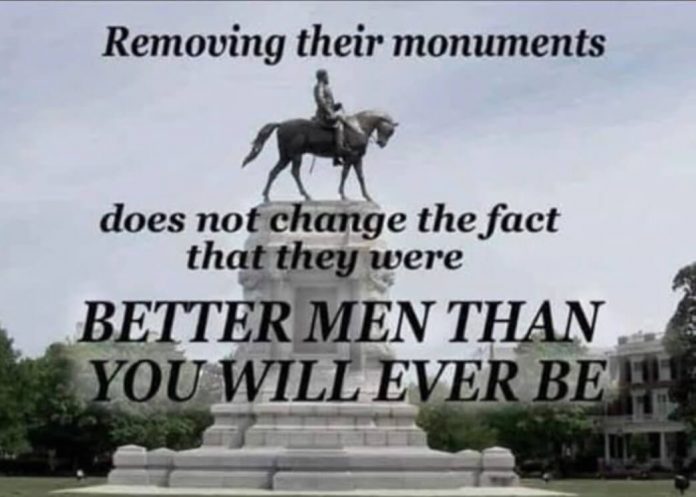 REMEMBER ISIS BLOWING UP STATUES and recall back when the muslim brotherhood in Egypt were threatening to blowup the Pyramids…there’s an old saying in islam that in order to move forward and conquer the new world you first have to remove everything from the old world. They’re referring to their overthrowing nations of course. Note the similarities with todays islamic-driven BLM crazed behaviour to destroy monuments, to erase history and, to cancel culture.

Leftwing partys encourage globalisation, open borders, diversity without assimilation and generally the flooding of western civilisation with  Mohammedans. Leftwing partys support the extreme, violent and radical behaviour of groups like Antifa, a whole handful of  Anarcho-Communist type groups and those like the MB, Black Panthers and BLM. The left are doing islams dirty work; preparing the way!

Simply removing statues is not an ‘achievement’ – these under- achievers graffitiing and destroying the reminders of what men and woman fought for in the past to advance our civilisation to the present are failures with nothing going for them. Absolutely nothing. Not even the ability to reason.
History matters. Past lives matter.

Todays mobs will have nothing to show for themselves. No achievements. Nothing other than bragging to future generations how they destroyed civilisation; speaking in arabic and dressed in kaftans and hijabs. And they seem to be ok with that…
The left do not own our culture. They do not decide our future for us. We, the silent majority, have a fight on our hands. Roll up your sleeves. 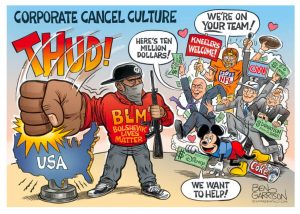