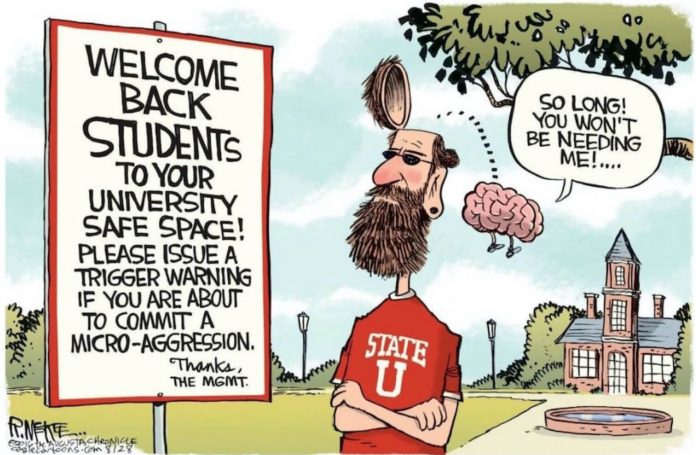 Students Convinced the Bible Is Worse Than ‘The Communist Manifesto’

It has been said that academic institutions of higher learning these days are little more than leftist indoctrination camps that brainwash young adults into becoming obedient and unquestioning disciples of progressive narratives and leftist ideology.

It is difficult to dispute that assertion after watching what transpired recently when a reporter for The Daily Caller News Foundation visited a university campus and asked passing students to answer a simple question that compared Christianity to communism.

The DCNF’s Matt Miller spent a day manning a table on the campus of George Washington University in Washington, D.C., and asked anybody who’d spare a moment to discuss which of two books was “more dangerous” — the Holy Bible or “The Communist Manifesto.”

If you are already of the belief that colleges and universities are leftist brainwashing institutions, you won’t be the least bit surprised to learn that nearly all of those featured in Miller’s video at least initially pointed to the Bible as being more dangerous than the guidebook for communist ideology. 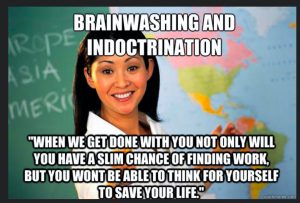 In fact, most of the passing students barely hesitated before naming the Bible as far more dangerous than “The Communist Manifesto,” even as some admitted to not being all that familiar with the contents of the manifesto or the repressive and deadly form of government that emerged from it.

The first student featured, who even professed himself to be a Christian, said the Bible was more dangerous, largely because “the Bible has been used to justify a bunch of really bad stuff that’s gone on over centuries.” He admitted to not knowing enough about “The Communist Manifesto” to render a verdict on how dangerous it might be.

As that discussion was taking place, a female student walked up and interjected herself into the conversation: “Easily the Bible. ‘The Communist Manifesto’ is awesome, we love it.”

One student who said he was from China also pointed to the Bible as being more dangerous than “The Communist Manifesto,” which he described as “good stuff.” When pressed about the number of Chinese people killed by communist dictator Mao, the student flipped the question around and asked how many people had been killed by Christians under slavery.

He also ludicrously claimed that there was more freedom, in terms of speech and allowable beliefs, in communist China than in America.

There was one female student who was unequivocal in her belief that “The Communist Manifesto” is more dangerous than the Bible, as she said she had come from Venezuela, a country that had been “destroyed” by communism. She said all of the young people around the world protesting and asking for socialism were naive in that they didn’t understand “what comes after” communism was imposed on a society.

Circling back to the first student quizzed by Miller, he admitted that some “good things” had come out of the Bible, but he stuck by his decision to deem it more dangerous than the other book he admittedly knew little about. His female companion seemed a bit more knowledgeable about the death and destruction wrought by communism, but she also seemed to agree that the Bible, while based on good intentions and a positive message, had nonetheless been misinterpreted and used to justify bad things.

Another male student who picked the Bible as the more dangerous book said “The Communist Manifesto” “gets a bad rap” and said that it had good ideas in it that some people hadn’t taken the “wrong way.”

Still another male student cited all of the “holy wars” throughout history as being a greater negative overall than the estimated 100 million killed by communism in the 20th century. Following some discussion of what actually occurred during the Crusades and why they’d been launched in the first place, he seemed to come around a little bit and admit that “some good things” had come from Bible while he was unable to name anything good that came from communism.

To older generations, and those who did not indebt themselves to years of leftist indoctrination, the horrors wrought by communism in practice far outweigh anything bad that has come about because of actual Christianity as espoused by the Bible, and the fact that so many young people see it exactly opposite is, quite frankly, disturbing.