You Stupid Boy
Home Chinese Virus Letter To A Friend

Letter To A Friend

A Letter to My Vaccinated Friend

You texted me: “I miss my friend.” And I replied, “I miss you, too.” Aside from that, I don’t know what else to say to you because our paths, for the time being, have so greatly diverged.

I am torn. I love you for who you are. But I hate you for what you have done. You got the double jab. You were among the first. When you told me I said nothing. I suppose I was in shock. I couldn’t believe it. I know you did what you believed was right for you based on the knowledge that you had. But the way I see it, you allowed yourself to get swept up in an insidious, mass propaganda campaign, thereby contributing to the most crippling calamity that the world has ever faced. My point is a simple one: To accept the fraud merely legitimizes it, and you have done exactly that.

And here we are. The once unimaginable tyranny on our doorsteps that we have been savagely backed into is the measure of your willingness to be deceived. I cannot tell you how much it pains me to say that. But it’s time to call a spade a spade. My equanimity has worn thin. What happened to all the teachings about awakening and fearlessness that you and I have been distinctly privileged to receive? And that you supposedly embraced when it was much easier to do so than it is today, when our lives and our liberty are on the line. How is it that you caved so easily?

We’ve been friends for so long—something like 30 years—that I can hardly believe this is happening. I remember how we met as graduate students in the school library waiting in line to use the copy machine. We recognized each other from a class we were both taking, and which we both did not like. It felt good to commiserate with you about this. We became fast friends. We were never lovers nor did we want to be. Later, you said you looked to me as one of your brothers. I said that I looked to you as the sister I never had. Although I moved out of New York City, I remained close enough to visit for the day and sometimes we met for a lovely meal at a restaurant we liked as students.

Now, I feel betrayed, as if out of the blue you’ve gone to hang out with a gang of thugs I never liked: Big Pharma, Big Tech, Big Government, Big Money. In terms of this so-called pandemic, they’re no good for you. They mostly do not—in spite of what they tell you—have your best interests in mind, will be there for you when you are in dire straits. Nothing could be further from the truth. You are consorting with the enemy. You have put your trust in them yet they lie and are accountable to nobody. And, as Thomas Paine once so wisely wrote in his book, The Rights of Man(for which the British Crown charged Paine with sedition) “a body of men holding themselves accountable to nobody, ought not to be trusted by anybody.”

I am as saddened as I am shocked. I live in a constant but quiet state of grief over the idea that I have lost you to them. Many days I just want to cry. Or scream when I think of how we may all soon be trapped in a surveillance dictatorship swooping over us like the black wings of the angel of death and from which there is, at this point, little chance of escape if things continue to go the way they are going.

And to think you believe you have just been granted freedom. Oh, the irony! This is the most sinister and far-reaching scheme of bait and switch ever played upon the human race. Now you will be offered a “passport” proving you’ve been “fully vaccinated” that will allow you to go places where the unwashed and unvaccinated heathens, like me, cannot go. Travel overseas. Restaurants. Concerts. Sporting events. This is likely only the beginning of a vast network of social controls we will all be subjected to in the days to come.

Have at it while the going’s good. Knock yourself out. Don’t worry, be happy! But the days when you and I were once able to share a lovely meal at that favorite restaurant of ours have for now come to an end. I hope you enjoy yourself watching me, from the safety of your sanitized perch at the bar, getting turned away at the door. And I won’t wave good-bye to the shadowy glimmer of you through the glass. But it is good-bye. For a time, at least.

I am writing to you now only because I feel I owe you an explanation for my silence—the lack of emails, phone calls, texts, postings and comments on Facebook. Somehow, I cannot “like” a Facebook photo of your beautiful sunset or your cute dog or your latest culinary masterpiece when what I see is nothing short of the equivalent of planets colliding, hurling out of orbit. The end of life as we know it. Or of life, period. Of yours. Of the millions of others who got the jab. Of mine, even though I’m doing everything I can to keep out of harm’s way from this noxious injection.

Despite the shots being touted as safe, the Vaccine Adverse Event Reporting System (VAERS), which is co-managed by the CDC and the FDA, showed a total of 701,561 reports of adverse events from all age groups following COVID vaccines, including 14,925 deaths and 91,523 serious injuries between December 14, 2020 and September 10, 2021.

VAERS is a passive reporting system in that it relies on health organizations to send in reports to the CDC and the FDA. While the reported numbers alone are staggering, a Harvard study claims that less than 10 percent of the actual deaths and injuries ever get reported to VAERS, which means the real numbers are likely to be much, much higher.

And let’s not forget to mention the psychological, emotional, economic, and sociological agony that’s wreaking havoc on millions of lives around the world. We’ve never seen anything like this anywhere nor has anything like this been so ignored (if not censored) by the mainstream media and major social media platforms.

All of this tragedy even though, on average, about 98.2 percent of known COVID-19 patients in the U.S. survive. The majority of those who succumb are usually very old who have multiple conditions, or comorbidities. One of those comorbidities is obesity. But no one dares speak its name. Even the CDC admits that nearly 80 percent of those who are hospitalized or die in the U.S. because of COVID-19 are overweight or obese.

You certainly won’t hear or read much about any of that in the mainstream media, however. When it comes to the most important and critical issues regarding COVID-19 and the so-called vaccines, it appears we no longer have a free, objective mainstream press of any sort. I find it frightening and heartbreaking that it has come to this. A democratic nation requires a free flow of any and all information in order to continue to call itself democratic. When open dialogue dies democracy dies with it. So, too, dies justice.

As you may recall, I lived and worked in China in the late 1980s and I know from firsthand experience how dictatorships silence any deviation from the government’s desired, dictatorial narrative. Simply put, first they make a mockery of it. Then they snuff it out. There is only one side to every story and that side is determined and promulgated by the heavy hand of the Chinese Communist Party, which rules the country with an iron fist. Lay that template over our social media and mainstream media—with their misinformation and conspiracy theory smears, widespread censorship, and de-platforming of alternative, honest voices—and perhaps you can get a glimpse into how this formula is playing out in what’s left of the free world now.

I stand with freedom. Freedom is more important than anything because nothing good and beautiful and true—the basic but priceless values that make human life worth living—can exist without freedom. And by defending freedom I am also defending life—mine, yours, everyone’s. Because without freedom everyone dies in countless ways—if not physically then spiritually, emotionally, and intellectually as our liberties are increasingly squashed by powers we can barely fathom, no less see. As the Republican army (which fought against Franco and the fascists in the Spanish Civil War in the 1930s) once so famously coined, “It is better to die on one’s feet than to live on one’s knees.” It is not in my blood—or the blood of other defenders of freedom—to kneel before despots.

This is war. And this war began, as all wars begin, with the only one real goal in mind: control. Land, mineral resources, money—these are mere baubles on the chains with which the few of the rich and powerful running—or should I say ruining—this world have always sought to enslave the rest of us.

A planet of nearly 8 billion souls—most of whom just want a living wage, respect, and love—are caught up in a vast, elaborate, perhaps irreversible totalitarian campaign of mind control. A campaign that started out as a shock-and-awe maneuver—scare headlines and staged video footage and photos of packed emergency rooms, people dead on the street, refrigeration trucks overflowing with body bags—and that has now settled into a daily fusillade of coronavirus cases and deaths and threats of new variants, all of it exaggerated or entirely fabricated to keep those fires of fear well-stoked.

A campaign whose tactics are not only irrational terror, but also systematic degradation, disorder, and disintegration, thereby creating a world in which the great coronavirus scare and its casualties are but a mere scratch compared to the upheavals that are on the way, unless we stop them. And we can begin by simply becoming courageous enough to refuse to comply with the needless and so far endless controls imposed upon us for our supposed safety and well-being, because what’s on the actual agenda is our annihilation.

My friend, I pray that we all live long enough to see a new day when the waking nightmare we’re all ensnared in now will be behind us. A day when the sun, revealer of truth and keeper of wisdom, will break through and shine down from a cloudless, splendid sky. And, giddy and blinking back the light and clothed in truth, we will break free from the fetters of fear, look at everyone all around us, reach out, shake hands, and say to them, “Peace be with you.” And they say to us, “And also with you.” 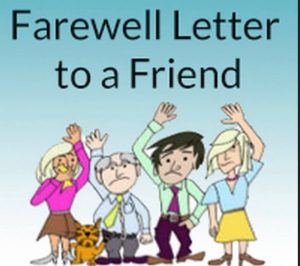 Previous articleHave Your Say
Next articleVaccinations Cause Covid