You Stupid Boy
Home World News Listen To An Expert

Listen To An Expert 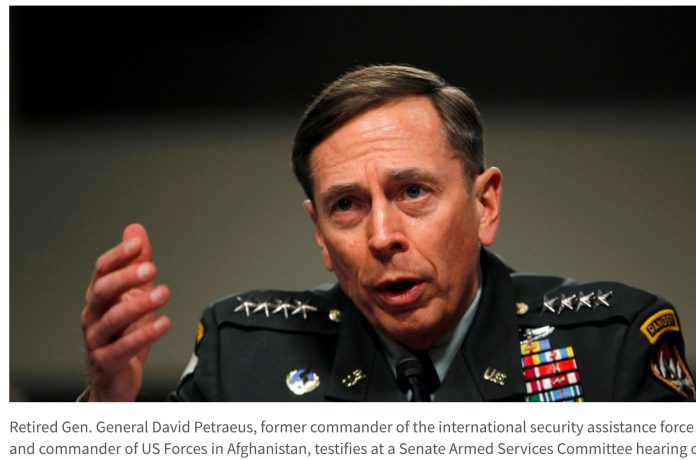 The United States is sending nearly 3,000 additional troops to the Middle East from the 82nd Airborne Division as a precaution amid rising threats to American forces in the region, the Pentagon said on Friday.

Iran promised vengeance after a US airstrike in Baghdad on Friday killed Qasem Soleimani, Tehran’s most prominent military commander and the architect of its growing influence in the Middle East.

The overnight attack, authorized by US President Donald Trump, was a dramatic escalation in the “shadow war” in the Middle East between Iran and the United States and its allies, principally Israel and Saudi Arabia.

As former commander of US forces in Iraq and Afghanistan and a former CIA director, retired Gen. David Petraeus is very familiar with Soleimani. He spoke to The World’s host Marco Werman about what could happen next.

Marco Werman: How did you know Qasem Soleimani?

General Petraeus, did you ever interact directly or indirectly with him?

Indirectly. He sent a message to me through the president of Iraq in late March of 2008, during the battle of Basra, when we were supporting the Iraqi army forces that were battling the Shia militias in Basra that were supported, of course, by Qasem Soleimani and the Quds Force. He sent a message through the president that said, “General Petraeus, you should know that I, Qasem Soleimani, control the policy of Iran for Iraq, and also for Syria, Lebanon, Gaza and Afghanistan.”

And the implication of that was, “If you want to deal with Iran to resolve this situation in Basra, you should deal with me, not with the Iranian diplomats.” And his power only grew from that point in time. By the way, I did not — I actually told the president to tell Qasem Soleimani to pound sand.

So why do you suppose this happened now, though?

Well, I suspect that the leaders in Washington were seeking to reestablish deterrence, which clearly had eroded to some degree, perhaps by the relatively insignificant actions in response to these strikes on the Abqaiq oil facility in Saudi Arabia, shipping in the Gulf and our $130 million dollar drone that was shot down. And we had seen increased numbers of attacks against US forces in Iraq. So I’m sure that there was a lot of discussion about what could show the Iranians most significantly that we are really serious, that they should not continue to escalate.

Now, obviously, there is a menu of options that they have now and not just in terms of direct Iranian action against perhaps our large bases in the various Gulf states, shipping in the Gulf, but also through proxy actions — and not just in the region, but even in places such as Latin America and Africa and Europe.

Would you have recommended this course of action right now?

I’d hesitate to answer that just because I am not privy to the intelligence that was the foundation for the decision, which clearly was, as was announced, this was a defensive action, that Soleimani was going into the country to presumably approve further attacks. Without really being in the inner circle on that, I think it’s very difficult to either second-guess or to even think through what the recommendation might have been.

Final question, General Petraeus, how vulnerable are US military and civilian personnel in the Middle East right now as a result of what happened last night?

Well, my understanding is that we have significantly shored up our air defenses, our air assets, our ground defenses and so forth. There’s been the movement of a lot of forces into the region in months, not just in the past days. So there’s been a very substantial augmentation of our defensive capabilities and also our offensive capabilities.

And, you know, the question Iran has to ask itself is, “Where does this end?” If they now retaliate in a significant way — and considering how vulnerable their infrastructure and forces are at a time when their economy is in dismal shape because of the sanctions. So Iran is not in a position of strength, although it clearly has many, many options available to it, as I mentioned, not just with their armed forces and the Revolutionary Guards Corps, but also with these Quds Force-supported proxy elements throughout the region in the world.

Two short questions for what’s next, Gen. Petraeus — US remaining in Iraq, and war with Iran. What’s your best guess?

Well, I think one of the questions is, “What will the diplomatic ramifications of this be?” And again, there have been celebrations in some places in Iraq at the loss of Qasem Soleimani. So, again, there’s no tears being shed in certain parts of the country. And one has to ask what happens in the wake of the killing of the individual who had a veto, virtually, over the leadership of Iraq. What transpires now depends on the calculations of all these different elements. And certainly the US, I would assume, is considering diplomatic initiatives as well, reaching out and saying, “Okay. Does that send a sufficient message of our seriousness? Now, would you like to return to the table?” Or does Iran accelerate the nuclear program, which would, of course, precipitate something further from the United States? Very likely. So lots of calculations here. And I think we’re still very early in the deliberations on all the different ramifications of this very significant action.

Do you have confidence in this administration to kind of navigate all those calculations?

Well, I think that this particular episode has been fairly impressively handled. There’s been restraint in some of the communications methods from the White House. The Department of Defense put out, I think, a solid statement. It has taken significant actions, again, to shore up our defenses and our offensive capabilities. The question now, I think, is what is the diplomatic initiative that follows this? What will the State Department and the Secretary of State do now to try to get back to the table and reduce or end the battlefield consequences?

The flag that Donald Trump posted last night, no words. Was that restraint, do you think?

I think it was. Certainly all things are relative. And I think relative to some of his tweets that was quite restrained.

Previous articleOf Course They Will
Next articleHave Your Say