You Stupid Boy
Home US Politics MAGA For Miles 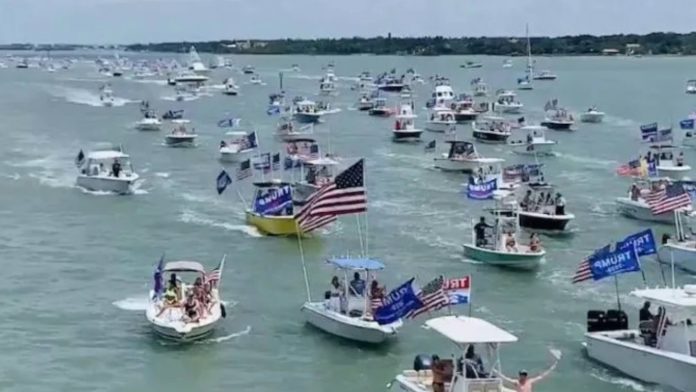 Patriots and supporters of President Trump held a boat parade in Clearwater, Florida in support of the president on the weekend, with spectators saying the procession of boats was “miles long.”

National Co-chair of Women for Trump Pam Bondi told Fox that they were trying to break the Guinness World Record for the world’s largest ever boat parade.

And they smashed it.

As Debra Heine noted, this “shatter[ed] the previous world record. Organizers of the Clearwater boat parade said that over 1,600 boats signed up for the event, and that didn’t include last minute arrivals and those who joined in along the route. All told, as many as 2,000 boats took part, organizers told Fox 13.”

The previous record was set in Malaysia with 1,180 boats.

Many other videos of the parade were shared on social media:

President Trump sent a message to the patriots involved in the parade, thanking them for their support and saying he wishes he could join the parade himself.

“I just want to thank everybody. I see that, and the whole world is watching,” said President Trump.

Previous articleHave Your Say
Next articleOUR BIGGEST CONCERN IS NOT THE VIRUS.