You Stupid Boy
Home Space Magnetic Reversal On It's Way. 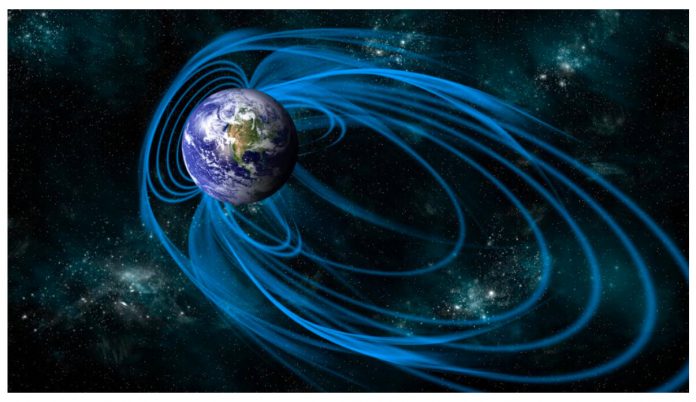 Earth’s magnetic north pole, which has been wandering faster than expected in recent years, has now crossed the prime meridian.

Magnetic north has been lurching away from its previous home in the Canadian Arctic toward Siberia at a rate of about 34 miles (55 kilometers) a year over the past two decades. The latest model of the Earth’s magnetic field, released Dec. 10 by the National Centers for Environmental Information and the British Geological Survey, predicts that this movement will continue, though likely at a slower rate of 25 miles (40 km) each year.

This model is used to calibrate GPS and other navigation measurements.

Scientists release a new version of the World Magnetic Model every five years, so this 2020 update was expected. In February 2019, though, they had to release an update ahead of schedule due to the fast clip of magnetic north’s movements. The 2020 model shows the “Blackout Zone” around magnetic north where compasses become unreliable and start to fail because of the proximity of true north. The new maps also show magnetic north east of the prime meridian, a boundary the pole crossed in September 2019, according to Newsweek. The prime, or Greenwich, meridian is the meridian that was set as the official marker of zero degrees, zero minutes and zero seconds in 1884;iIt runs through the Royal Observatory at Greenwich in England.

It’s currently unclear whether Earth’s magnetic poles are headed for a flip-flop — switching north and south — or whether the magnetic field will soon strengthen again. Both events have happened in Earth’s history without any notable effect on biology. However, modern navigation systems rely on magnetic north and will have to be recalibrated as the poles continue to wander. Already, for example, airports have had to rename some of their runways, which have names based on compass directions.

Previous articleTrump Does It Again. Offends the Lefties….
Next articleDon’t Tell Megan Woods