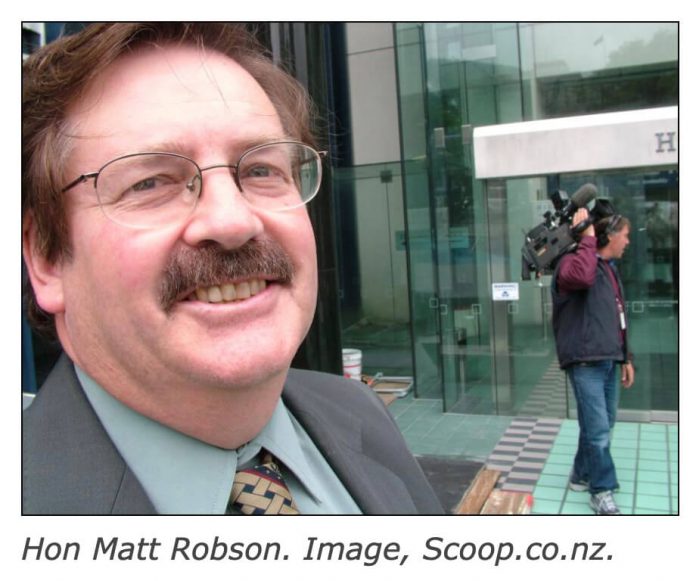 Labour, as a party founded on the interests of all who labour for their living, should rule out before the election coalescing with New Zealand First (NZF). National has done that, for its own narrow interests, as NZF is not trusted by large sections of the public, and for good reasons.

But Labour should do now what it should have done in 2017- rule out this party which is a conduit for the most reactionary policies in New Zealand.

Labour has hypocritically used NZF in government for its disorderly retreat  on introducing genuine progressive tax measures  as a key tool to tackle the massive income inequality and  edging New Zealand closer and closer to the US military alliance aimed at its economic competitor China- a policy that predates Trump and enthusiastically backed by Obama and oppressive policies on migration- to name a few.

Labour continues to compete with NZF on which party will issue the least number of work visas.  It capitulated to NZF on the inhumane policy of denying spouses visitor visas to join their New Zealand partners.

No self- respecting socialist party, even if it takes the evasive name of centre -Left, should, or could, govern with a reactionary right-wing party.

Even a cursory review of NZF, its leader and its policies would have the any thoughtful Labour supporter come to that conclusion. The name of the party reveals its xenophobia.

“We are being dragged into the status of an Asian colony and it is time that New Zealanders were placed first in their own country” said Winston Peters in 2005. But there are hundreds of statements in this vein from Peters and other NZF MPs from the foundation of the party to the present.

Then Labour and NZF, pre-election, entered into an auction as to which party would grant the least work visas.

Labour issued its siren call to NZF to be its partner despite NZF’s anti migrant, anti-refugee (remember the vicious Peters’ campaign against Algerian MP Ahmed Zaoui even when he was exonerated?)  and anti-Muslim campaigns. Labour MPs fell over themselves to say what great friends they were with this bigot after election night 2017.

But given his mastery of hate speech and opposition to gun law reform no wonder Peters kept a low profile after the 2019 mosque massacre.

NZF’s low tax, social conservatism, pro US military alliance and law and order positions did not worry Labour MPs in 2017- it should have.

The cynical tactic shaped by Peters but borrowed from” illustrious” demagogues of yore, of demonising the “other” and leading the gullible to believe that economic and social ills, whether unemployment, housing shortage, transport congestion will be solved with close to zero immigration and deportation of as many migrants as possible,  should be enough for  any self-respecting internationalist party to shun an electoral alliance with him.

But, unfortunately, Jacinda Ardern on the eve of the election is signalling that NZF is still a prospective coalition partner. In the NZ Herald of 01 August 2020, she is quoted as endorsing Peters:

“Of course, I have a trusting relationship in order to work with the Deputy Prime Minister…”

NZF is not the suitable political partner for those tasks. No spoon is long enough to sup with that devil.

Hon Matt Robson currently specialises in immigration law, and is a former Minister in the Helen Clark Labour/Alliance Government 1999-2002. This is his first piece with EveningReport.nz.