Mexico Is Paying for Trump’s Wall 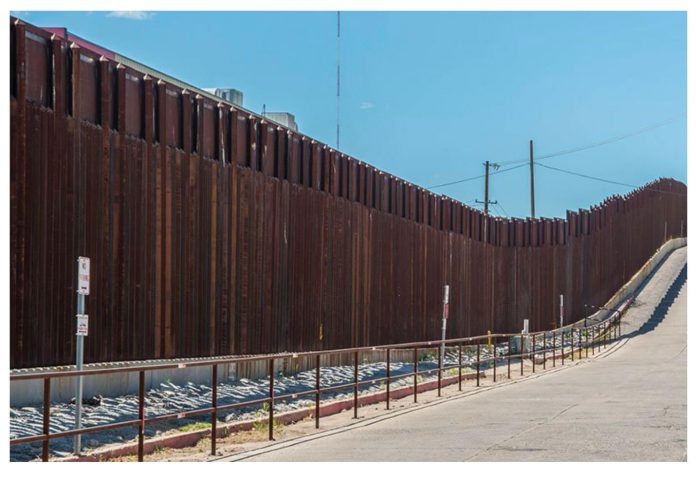 Don’t look now, but Trump has even built his wall — and Mexico is paying for it. More on that later.

First, I want to explain how and why Trump is winning like no president in history. Even UFC legend Conor McGregor just called President Trump the GOAT — as in “the greatest of all time.”

It’s all because of the Trump Doctrine, a mixture of Trump’s unique business acumen and negotiating skills. No other politician in the world has this combination of traits.

Like McGregor, Americans can see Trump is getting tangible results.

Trump knows jobs. We have millions of jobs. He knows how to get things moving. We’ve seen a dramatic bump in economic growth. He focuses with laser-like intensity on the middle class. We’re enjoying dramatic middle-class wage growth. He understands stocks.

We’re in the midst of one of the greatest stock markets of all time. Yet there’s virtually no inflation. This is the perfect economy.

Second, Trump understands the art of the deal. Actually, he wrote the book on it. America is the economic engine of the world. Every country in the world needs us more than we need it. Without our consumers, the world is out of business.

So Trump understands America is in the driver’s seat. We are in the perfect position to make demands. The rest of the world has no choice but to blink. Under Trump, we are no longer the world’s doormat.

We won with China. Trump brought the country to its knees. China came back to the table and capitulated. It was a massive victory for the U.S. economy, small business, manufacturers, farmers, energy companies and American jobs.

We won with Iran. Iran responds only to strength. Trump flexed America’s muscle. Not only did Iran cave like a paper tiger but the Iranian people were also emboldened. Trump inspired them to rise up against their evil leaders. Iranian protesters days ago refused to step on an American flag. Trump’s strength has changed the world.

Now we get to Mexico. Illegal immigrant crossings nationwide are down almost 80%. At the Arizona-Mexico border, illegal crossings are down by 94%. Once-overcrowded dorms, where we house illegal border crossers, are now empty. And Mexico is keeping illegals who demand asylum on their side of the border. It’s another huge Trump victory.

How did he do it? Trump won a masterful negotiation with Mexico. Trump understood Mexico needs us far more than we need it. We could make its economy crumble in a nanosecond. Mexico blinked, just like China and Iran.

Faced with tariffs and economic ruin, Mexican officials agreed to place thousands of troops, at their expense, at both their northern and southern borders. Suddenly, no one can get through. A Mexican journalist just named this human wall of Mexican troops “Trump’s Wall.”

So, in fact, Trump has built the wall, a human wall. And Mexico is paying for it. Bravo.
Past politicians let the world step all over America and U.S. workers. There’s a new sheriff in town. He’s a businessman who understands we are the greatest nation in world history, ever blessed by God. And we are in a position of strength to make demands and win negotiations with anyone, anywhere, anytime.

Previous articleHave Your Say
Next articleWhat Is The Truth?

Time to ask the question here?

Sidney Powell, a member of President Donald Trump's legal team, on Monday read a statement from a whistleblower alleging Smartmatic's election software was designed specifically to...
Read more
US Politics

It's not over yet James Allan The Spectrator Australia 14 November 2020 . As I write this calls from the Democrats and the press – but I...
Read more
US Politics