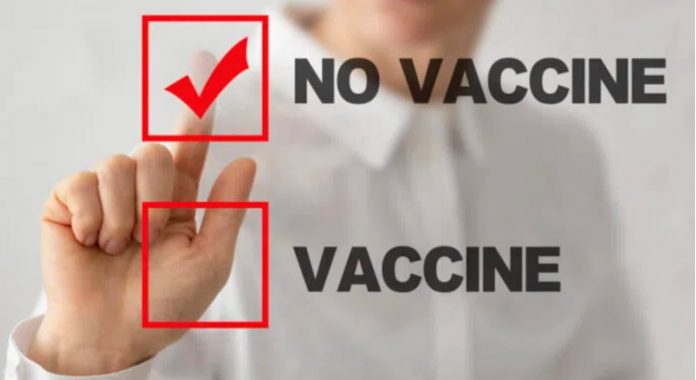 Democrats have introduced a bill that will impose monthly fines on the unvaccinated and a requirement to pay twice what they’d otherwise owe in personal income taxes.

Rhode Islanders who refuse to submit to Big Pharma and accept the Covid-19 vaccination will face $50 monthly fines under the proposed legislation and have to pay double the taxes of a vaccinated person in the same financial situation, under the “dystopian” state Senate bill.

Senator Samuel W. Bell, a progressive Democrat, is the radical leftist responsible for the legislation, which has drawn sharp criticism on Twitter. It has also prompted Senator Jessica de la Cruz, a Republican, to organize a grassroots campaign opposing the authoritarian measure.

“The reason I introduced the bill is we have a crisis with the pandemic,” Bell said Wednesday. “Thousands of Rhode Islander have died. I’ve had really painful calls from constituents who can’t go to the store because they’re immuno-compromised, who have lost loved ones to this pandemic, who are really ill and not fully recovered, suffering long-term effects.” Per Boston Globe:

De la Cruz, the Senate minority whip who dropped out of the 2nd Congressional District race last week, wrote an email to supporters on Tuesday, saying people across the state have been asking her about Bell’s bill.

“I have not, nor will I ever support, legislation that coerces Rhode Islanders into making medical decisions or face steep financial damages,” she wrote. “I hear my constituents and others around the state loud and clear – this is dangerous legislation and sends the message that our government doesn’t trust you to make the right choice for you and your family. This is an unconscionable overreach of legislative powers.”

De la Cruz said the “good news” is that the bill stands little chance of becoming law. “That said, I’m not taking it for granted, and neither should you,” she wrote.

She provided voters with the template for an email to sign and send to Bell and the bill’s cosponsors. “Senate Bill 2552 is dangerous and an unconscionable overreach of legislative powers,” the email says. “Trust Rhode Islanders to make medical decisions for themselves and their families without facing steep financial penalties.”

In a tweet Monday, Bell noted that the Globe had reported on a survey showing “Rhode Islanders still strongly support a vaccine mandate.”

He was referring to a new survey that shows Rhode Island ranks No. 6 in the country for residents supporting a universal COVID-19 vaccine mandate. The poll from the COVID-19 Consortium for Understanding the Public’s Policy Preferences Across States found 64 percent of residents believe everyone should be required to get the vaccine. 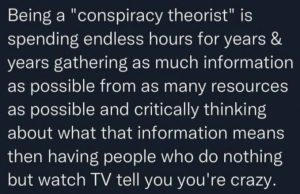 Don’t think for a minute Cindy and co wouldn’t do something similar here.
I went into Jaycar hamilton this morning maskless. Was approached by the manager who proceeded to berate me about my status. I said I had an exemption. His response was that they were not recognising those, and said I had to leave.  I replied in a loud voice “Fuck you and Jaycar’ and walked out vowing never to go back to that shithole.
When you have businesses and dumbarse people going along with this mask crap, I fear we are still in for a long period of compliance  by these sheep.

Previous articleHave Your Say
Next articleHow The Mighty Have Fallen