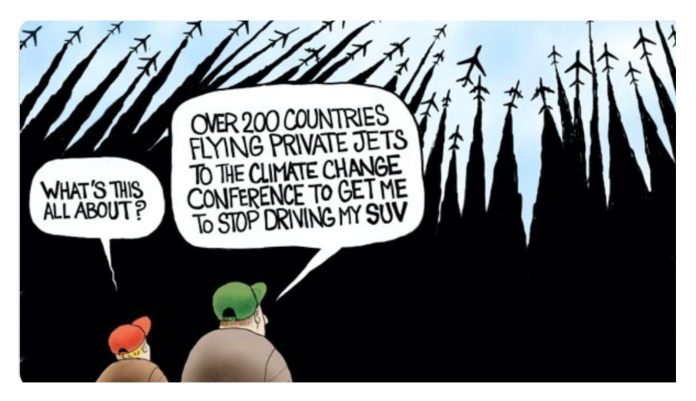 Scientists Urge The World To Plan For Peak Meat

Abandoning meat isn’t easy. Believe me: I ate a beefy-arse bolognese for lunch yesterday and later munched on some chicken wings. Unfortunately, the meat industry is a growing source of carbon pollution, and continuing to let meat consumption grow could eat up a huge chunk of the world’s carbon budget by 2030. So, well, we gotta chill with the steak dinners.

Scientists from around the world are calling on middle- and high-income countries to set a deadline for the meat industry’s growth. In a letter published in the Lancet Planetary Health Journal Wednesday, researchers highlight the role the livestock industry must play in meeting the pledges set forth in the Paris Agreement, which world leaders are contemplating in Madrid right now.

And for the livestock sector will be a huge part of that. Emissions from raising animals is responsible for 14.5 per cent of all greenhouse gas pollution globally. Meat consumption has risen globally with China fuelling a large part of the more recent rise (as well as Brazil to a lesser extent). If the world continues on this path, emissions from livestock will eat up nearly half of the world’s carbon budget by 2030.

That’s why the letter is calling on government leaders in middle- and high-income countries such as the U.S. and China to establish a timeline for “peak livestock,” the point after which production of certain livestock species could not increase. From there, countries need to reduce emissions from this sector by identifying the largest sources, the companies using the most land, or both. What might prove most challenging, however, is figuring out how to shift the food sector away from meat and toward more climate-friendly foods. I’m talking about beans, fruits, vegetables, and seeds.

This type of societal transformation won’t be simple, but the authors argue it’s necessary. It doesn’t mean leaving behind burgers completely. This letter and what it’s calling for isn’t trying to shame consumers for their meal choices. It’s about systemic change, author Helen Harwatt, an environmental social scientist at Harvard University’s Animal Law and Policy Program, told Earther in an email.

“I think [individual actions] will help to shift the markets generally via signalling and is a positive action,” she wrote, “but to achieve deep transformation of agriculture, we need system-level change, and that requires policymakers to act.”

The climate world has been giving this sector, in particular, more and more attention as experts begin to envision what a diet on a hotter planet could look like. Fast food joints like Dunkin Doughnuts and Burger King are even incorporating plant-based “meats” into their menus, showing it’s also a business decision as much as it is a climate one.

The reality is, though, that we’ll need to do more than change what we buy at the grocery store or eat for breakfast. The ones with power need to transition the agriculture industry toward a more sustainable model that doesn’t use up massive amounts of land, send pollution running off into waterways, and emit harmful greenhouse gases.

Otherwise we risk “potentially catastrophic [consequences] depending on how far temperature rises and how ecosystems respond to that and feedback between each other,” Harwatt said. In short, we’ll be fucked if leaders don’t step up to the task.

Previous articleHave Your Say
Next articleTrump Wins Yet Again