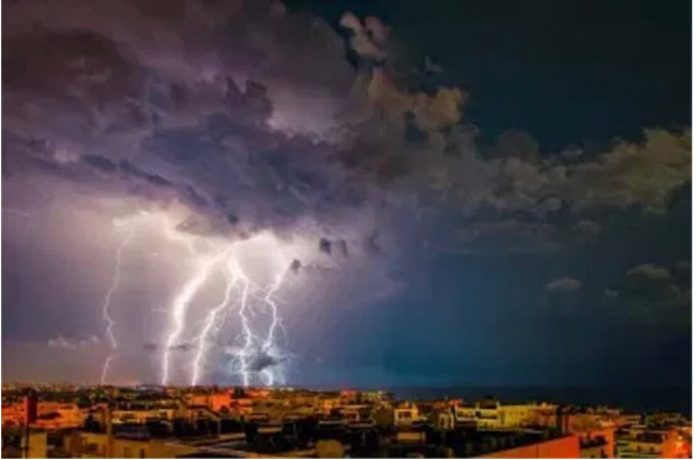 Why Many Climate Crisis Claims Are Based On Manipulated Science

We are constantly being warned by activists, politicians, and some climate scientists that we face a climate crisis; that if humanity collectively doesn’t alter its lifestyle and consumption patterns now, the world will end in 10 years, 12 years, 50 years—pick your number.

This is a lie, and I suspect most of the people making these apocalyptic prophesies know it. For them, it’s the modern-day equivalent of Plato’s noble lie—lying to people to get them to act in ways they don’t realize are in their own best interest.

Not coincidentally, those telling the lie profit from it in terms of influence, money, and/or power.

This lie is not in fact noble, nor is it based upon sound science. Rather, it is perpetrated through the regular suppression of inconvenient scientific data: data altered, suppressed, or scrubbed from journals and textbooks, which put the lie to insupportable claims made by politically connected climate scientists that an anthropogenic climate apocalypse is in the offing.

The big lie is built on a faulty premise that science can realistically trace the cause of modest recent warming of the Earth primarily to human greenhouse gas emissions, and that from this we can confidently predict what the world will look like 50, 100, and 300 years from now.

“One problem with conveying our message is the difficulty people have in recognizing the absurdity of the alarmist climate message. They can’t believe that something so absurd could gain such universal acceptance. Consider the following situation. Your physician declares that your complete physical will consist of simply taking your temperature. This would immediately suggest something wrong with your physician. He further claims that if your temperature is 98.7F rather than 98.6F, you must be put on life support. Now you know he is certifiably insane. The same situation for the climate is considered ‘settled science.”

Among the most egregious attempts to suppress inconvenient climate science came in 2001 when the United Nations Intergovernmental Panel on Climate Change tried to replace established climate history with the “hockey stick” graph.

Its originators postulated global temperatures had been fairly stable over the past millennium, until the twentieth century when they began to rise sharply, due to an increase in carbon dioxide emissions.

This fit the IPCC’s climate change narrative, so it embraced it as the truth. Ultimately, even the IPCC couldn’t defend the hockey stick temperature reconstruction and removed it from subsequent reports.

Then came Climategate, in which a treasure trove of inconvenient email exchanges between IPCC-connected climate scientists was hacked and leaked.

These emails detailed the scientists hiding data that indicated the recent warming trend was not historically unusual and censoring scientific research that undermined claims of apocalyptic warming.

Indeed, the research found 89 percent of surface stations—nearly 9 of every 10—fail to meet the National Weather Service’s requirements that stations must be 30 meters (about 100 feet) or more away from an artificial source of heat.

This action produces an artificially steep temperature trend, making recent warming appear larger than it has been. In some instances, when these nefarious actions were exposed, the government agencies involved tried to scrub the official records of past temperatures.

Fortunately, in the age of the internet, where data once posted is forever, these Orwellian attempts to rewrite climate history have largely failed.

When global warming went on a 15-year hiatus, with temperatures flat-lining despite a steady rise in carbon dioxide emissions, a team of climate researchers at the National Oceanic and Atmospheric Administration (NOAA) altered how ocean temperatures were measured.

Voilà, like magic, the hiatus disappeared. As David Rose wrote for the Daily Mail, describing the incident “[NOAA researchers] took reliable readings from buoys but then ‘adjusted’ them upwards – using readings from seawater intakes on ships that act as weather stations … even though readings from the ships have long been known to be too hot.”

Most recently, some of the same characters that brought the world the “hockey stick” have now published a widely publicized paper that claims a long-recognized ocean circulation pattern, the Atlantic Multidecadal Oscillation (AMO), which impacts climate, never existed at all but was an artifact of volcanic pulses.

“Wow. In one fell swoop, the pesky problems of the ‘grand hiatus’ in the mid 20th century, debates over the attribution of 20th-century warming and the role of multidecadal internal variability, and the difficulty of attributing the recent increase in Atlantic hurricane activity to AGW, all go away. Brilliant! Almost as ‘brilliant’ as the Hockey Stick.”

There is little doubt the Earth is warming, but the list of breaches of the scientific method and ethics by researchers whose careers are intimately tied to the “truth” of climate alarmism provides more than enough reason to doubt the claim that the science is settled and the Earth is doomed, absent giving government authoritarian control over all aspects of peoples’ lives.

The coming Grand Solar Minimum, is something that will have much more impact on the environment than anything we puny humans can do. It...
Read more
Climate Change Bullshit

1600-Year-Old New Zealand Tree Can Tell Us About Our Climate Buried in mud for millennia, some of the hulking kauri trees in rural Northland are...
Read more
Climate Change Bullshit

Another study, published in 2017, adds to our understanding of long term Antarctic temperature trends: By Paul Homewood Antarctica went through a 1,900-year cooling trend before...
Read more