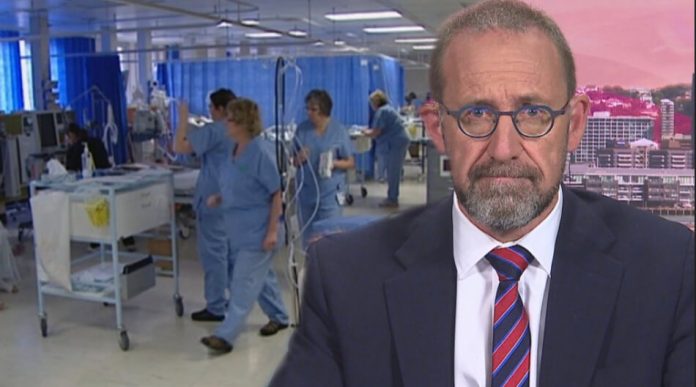 Hospital emergency departments around the country are heaving, and it is not yet winter.

In the past 48 hours, Dunedin Hospital and Whangarei Hospital reached capacity, and were forced to ask people to keep emergency departments for emergencies only.

In some areas, patients have been treated in corridors and been forced to wait for several hours for a bed, while some staff are burning out, stretching resources further.

Health Minister Andrew Little is keen to find out what management decisions are being made that seem to coincide with a crisis in hospitals despite a large boost in funding last year.

Little told Checkpoint he was concerned about a “code black” being declared at Dunedin Hospital and was trying to find out more about it. “I want to understand the full nature of the problem.”

In last year’s Budget a record $980 million extra had been allocated to DHBs for operational funding annually.

He said the government has also funded significant growth in staffing numbers in hospitals. Last year extra funding was provided for another 3000 FTEs (fulltime equivalents) for the hospital system and in some EDs bigger budgets had seen personnel increase over the last three years.

“I guess what I’m focused on is what are the actions that means that the additional resources that have gone into the hospitals, particularly into the emergency departments, [but] we’re still seeing these crises that these professionals  talk about.”

He knew some DHBs were struggling to fill vacancies so extra money has gone into training, especially for nurses. At present 223 people are training for ED specialities.

“I kind of want to know what management decisions are being taken to make sure they’re getting the best use out of the extra personnel that are being funded.”

Little said in terms of defining the problem, he needed to find out if it was just centred on the country’s EDs and today he had asked the Ministry of Health to provide more information.

He agreed that GPs nationwide were under pressure partly because there weren’t enough of them. Invercargill, which is part of the Southern DHB, does not have enough medical centres, and this may be driving demand at the region’s EDs, he said.

More money was being put into GPs’ training and some of the border restrictions were being eased to allow more foreign GPs into the country.

The flu vaccination programme is due to start on 14 April, slightly later than the original 1 April launch date, Little said.

Tomorrow he will meet with Australasian College for Emergency Medicine president Dr John Bonning who says EDs are where the stress in the hospital system is most  visible, but the whole system is under increasing pressure. Little said he would be interested to share data and talk through the causes of problems in hospitals and what else needs to be done.

Providing health care had become more complex with an ageing population and more complicated needs. But consistency and coherence were needed across the system so that if one hospital couldn’t provide a service another one could step into the breach.

“That is very hard under the current system” and showed the need for health reforms, Little said.

This shows you that just chucking more money at a problem is not the answer.

Typical lefty response is to just give out more money and hope it will go away.  What will the winter bring, if we are having these problems in the health system in the autumn?

Previous articleC02 Not Bad After All?
Next articleHave your Say