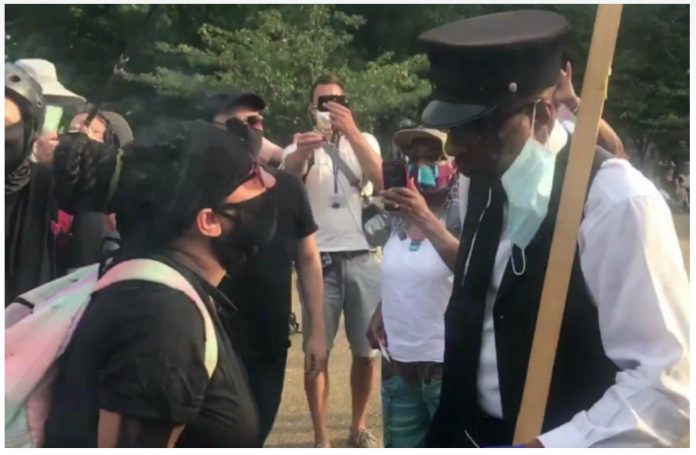 Woman screeches, “Why are you protecting it?” and melts even further down when asked “Who paid for it?”

Earlier this week, Kemberlee blogged about the radical mobs planning to destroy the Emancipation Memorial in Washington DC.  The first two scheduled attempts to pull down the memorial didn’t pan out, and the memorial, paid for by freed slaves, still stands.

Vandals who want to tear down or otherwise destroy the monument are still out in force, but they are meeting resistance and honestly look like absolute lunatics.

For example, watch this black woman have a complete meltdown when she confronts two black men who are trying, patiently and kindly, to explain to her exactly why this particular memorial should not be destroyed.

She completely loses it when asked who paid for the monument, seemingly because she doesn’t know and that ignorance infuriates her.

“Why are you protecting it?!”

BLM activist gets into a verbal exchange with an older black guy who was speaking up against tearing the statue down.#emancipationstatue