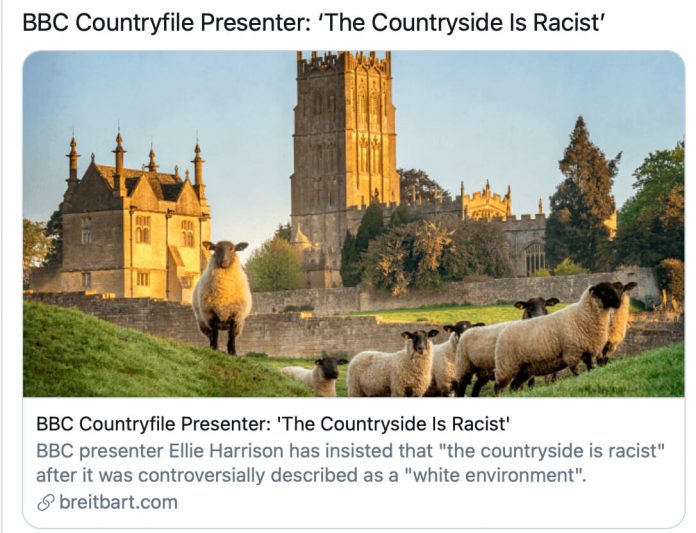 ‘Will This Crap Ever End?’: Gardening is Racist, Claims National Trust-Backed Professor.

The British pastime of gardening is rooted in “racial injustice”, a professor who has been active in a BLM-style iconoclastic push in the National Trust has claimed.

In a book entitled the Green Unpleasant Land, the Professor of Post-Colonial Literature at the University of Leicester, Corinne Fowler, pronounced that the British “countryside is a terrain of inequalities”.

As a result of this, the left-wing professor declared that “it should not surprise us that it should be seen as a place of particular hostility to those who are seen as not to belong, principally black and Asian Britons,” the Daily Mail reported on Saturday.

Professor Fowler argued that because many British estates were financed in part from colonialism and slavery, “knowledge about gardens and plants, in particular botany, has had deep colonial resonances.”

“The scientific categorisation of plants has at times engaged in the same hierarchies of “race” that justified empire and slave and slavery,” she said adding that “inevitably, then, gardens are matters of class and privilege.” …

In response to the latest attack on British identity, former Brexit Party MEP Martin Daubney wrote on social media: “Will this crap ever end? Or is this now our destiny: to forever bang our heads on tables at the sheer stupidity of humanity?”

The left is obsessed by race, in the worst possible way. Yet more anti-white racism from the left.