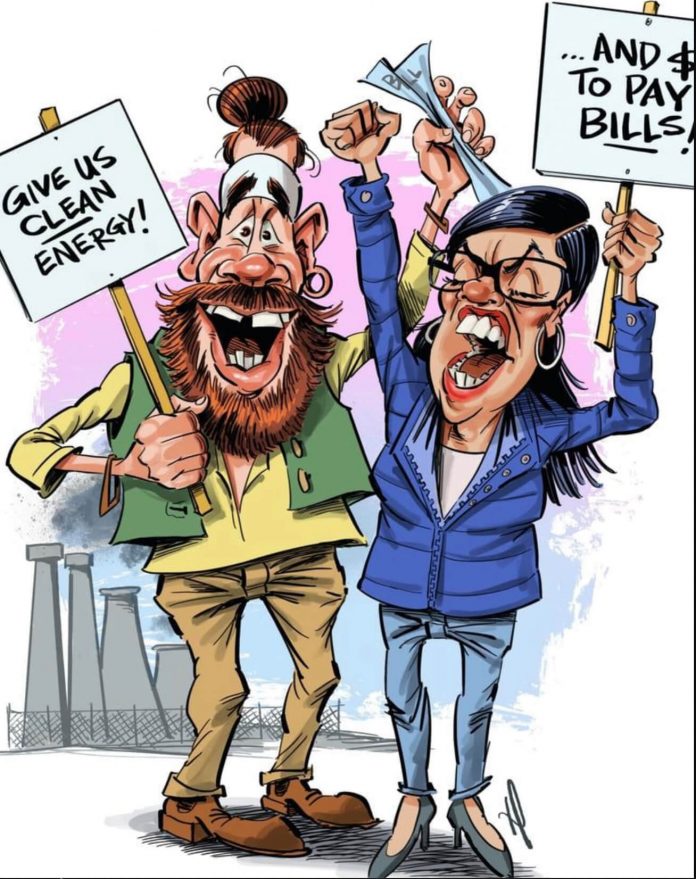 Leftie Stupidity
Share
Facebook
Twitter
Pinterest
WhatsApp
Tim Blair
Goofy climate-obsessed big-government types always get everything wrong. And when they do, they expect everyone else to pay for it. Take the Australian Council of Social Services, for example. The core mission of ACOSS is demanding more welfare money and then complaining it’s not enough. But, like all good leftist organisations, ACOSS also runs a handy sideline in climate alarmism.
.
“Climate change is one of the most pressing challenges facing our planet,” ACOSS proclaims.
.
“Australia faces major climate change risks unless we begin to … transition to a low carbon economy. The cost of inaction is by far greater than the cost of action.”
.
Oh, really? We’ll come to the issue of cost in a moment, but first let’s hear some more from our ­climate-worrying welfare boosters:

“ACOSS is a founding member of the Southern Cross Climate Coalition, formed by some of Australia’s leading social, union and environmental organisations to help lead an effective and fair response to climate change.”

.
The Southern Cross Climate Coalition — which included ACOSS, the Australian Conservation Foundation, the ACTU and the Climate Institute — was formed in 2008 and appears to have not done much since. Possibly, like member group the Climate Institute, it no longer exists.
.
These climate mobs have shorter lifespans than even a wind turbine.
“If Australia doesn’t take strong action on climate change and invest in clean energy jobs now,” ACOSS continues, “the economic opportunities will pass us by.”
But state and federal governments have been investing like crazy in clean energy, which is why your power bills are so absurdly high.
.
In NSW, energy companies contributed more than $3 billion in ten years to the state’s Climate Change Fund.
.
At least a quarter of that amount is covered by increased customer charges.
And the federal government’s Renewable Energy Target — a scheme to “encourage the additional generation of electricity from sustainable and renewable sources” — adds an additional five per cent or so to your bills.
.
Things have become so dire that poor people represented by ACOSS struggle to pay their energy fees. That’s been the case for some years, and it’s getting worse.
According to Australian Energy Regulator data cited by ACOSS, the number of residential gas and electricity customers in debt increased by 32 per cent in just 12 months — from 147,098 in December 2019 to 171,329 in December 2020.
Their average debt has also increased, by 27 per cent to $1008.
.
“We know people on low-incomes are already depriving themselves of energy by not heating their homes and going without food or medicines to be able to afford their energy bills,” ACOSS CEO Dr Cassandra Goldie said in a media release last week.
.
“The government should use the Budget as an opportunity to create a fairer future — not leave people behind in crisis, including being stuck in energy debt and freezing through winter.”
.
They’re freezing, in debt and denying themselves food and medicine in large part because they are subsidising renewables — just as ACOSS wanted.
.
A sensible organisation might at this point realise a terrible mistake has been made, call for the abandonment of the renewables folly and demand reinvestment in coal — a power source that previously delivered us basically the world’s cheapest energy.
.
But that’s not how leftists work. Instead, ACOSS is now asking the federal government to “provide financial support of up to $1000 per customer experiencing payment difficulties”. That might come to a total of more than $170 million. And it won’t make paying the next energy bill any easier. Or any of the bills afterwards.
.
But I guess we don’t want to miss out on all of those precious “economic opportunities” that will pass us by unless we’ve got poor folk burning their furniture to ward off frostbite.
.
Whenever those magical “opportunities” are mentioned, I’m always reminded of the striking honesty from one of Bob Brown’s 2019 Queensland carbon convoy activists.
.
“Sure, the local people are angry,” the fellow told 7 News, referring to mining communities. “It’s important to empathise with their concerns because if we’re successful, their family and their livelihood are reduced.”
.
There you go. Here’s an economic opportunity that might be provided by reinvestment in coal: it would create local blue-collar jobs and improve Australia’s energy independence. No more Chinese-made wind turbines and solar panels for us, thank you.
.
Speaking of bird-dicers and Jinping plates, consider just how much of Australia would need to be covered by them in order to churn out a reasonable amount of power.
.
By some estimates, wind power produces just a solitary watt of electricity per square metre of land used for turbine farms.
Solar power produces 10 watts of electricity per square metre of land.
.
At the very peak of the electricity-generation land efficiency table, however, sits a clean, green, reliable energy colossus that Australia to date has never bothered to rouse, at least for domestic applications. Nuclear power, God bless it, produces a mighty 2000 watts for every metre of land used.
.
Nuclear power plants are so compact and effective that France fits 56 of them within its 643,800 sqm, providing 70 per cent of the nation’s energy.
By contrast, we’ve got more than 7.6 million sqm to play with –— which, incidentally, also gives us ­plenty of space for easy nuclear waste disposal.
ACOSS is against nuclear energy. Of course, they are.
Previous articleHave Your Say
Next articleMore Chinese Virus Bullshit