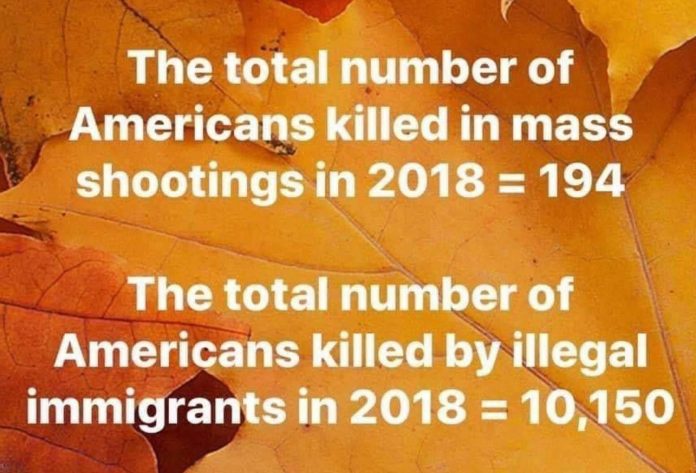 With an anti-gun Democratic majority about to take over in both houses of the state legislature and the governor’s office already in the hands of the increasingly left-leaning Ralph Northan, gun control laws look inevitable.

But as one Old Dominion gun store owner told the Washington Examiner, the gun-grabbing plans being hatched in Richmond are already backfiring.

“This is the largest Christmas and November, December that we’ve had, basically, since Trump has come on board,” Jerry Rapp, owner of SpecDive Tactical in Alexandria, told the newspaper.

“The only other person that was a better salesman right now is when we had President Obama,” Rapp said.

There’s a good reason for that.

President Barack Obama’s eight disastrous years in office were marked by recurrent threats of federal action on gun control, which typically encouraged more gun and ammunition purchases by American citizens. In April 2016, Forbes reported that the gun industry had grown a staggering 158 percent during Obama’s two terms in office.

Fortunately for Americans and their Second Amendment rights, Obama was stymied by Republican lawmakers who held a majority in the House of Representatives for most of his time in office and in both houses of Congress for Obama’s final two years.

The unified Democratic government of Virginia’s 2020 legislative session will have no similar check on its gun-grabbing impulses.

As the Examiner reported, the proposals already out include “bans on ‘assault-style’ weapons, restrictions on magazine capacity, universal background checks, and restrictions to one gun a month purchases.”

“Every time [Obama] turned around he was going to ban something or make something illegal. But even that isn’t even close to the amount of sales we’re selling right now of magazines, of guns, of every kind of gun from pistol, rifle, shotguns, to AR platforms” and ammunition, he told the Examiner.

At the federal level, Democratic Rep. Jennifer Wexton has floated a proposal to trace gun purchases through credit card records, according to The Washington Post.

The chances of such a bill passing a Republican Senate or being signed by President Donald Trump are approximately zero, but Rapp told the Examiner that his customers’ practices seem to reflect some uneasiness at the prospect.

Many have been making purchases with cash instead of plastic, he told the newspaper.

Liberals are great for gun and ammo sales!

I hope those gun stores have voter registration forms available to those clients.

It isn’t the first time Virginia’s looming gun showdown has put it in the news.

Since the Democratic victories in Virginia’s 2019 elections, activists on both sides of the gun rights debate have been digging in.

At the county level, almost 80 percent of the state is covered by “sanctuary” ordinances to protect gun rights.

On the other side, the spadework for state confiscation of legally owned weapons is already being done, and one Democratic lawmaker has even proposed using the National Guard to enforce new gun laws adopted by Democrats.

(Hint: If a state needs to call up its militia to enforce routine laws, it’s a good chance those laws aren’t acceptable to a large portion of the population. In a democracy, that means there’s something wrong with the law, not with the people.)

The Virginia legislative session is scheduled to kick off on Wednesday, but believers in Second Amendment rights aren’t waiting for that.

The gun-grabbers’ plans are backfiring already.

Previous articleHave Your Say
Next articleWho are “The Deplorables” Again?