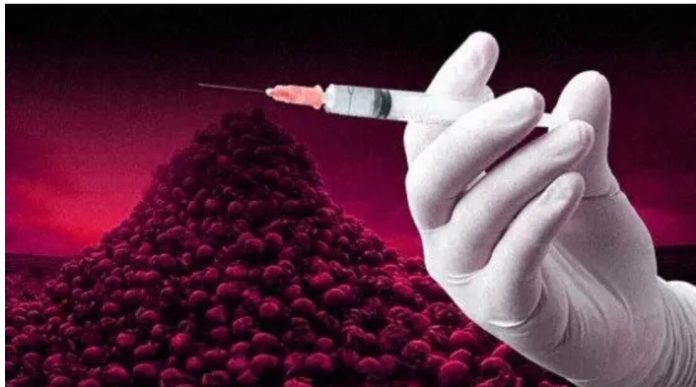 For the second consecutive week, there have been more deaths post Covid vaccination in the USA than deaths from the virus itself.

The number of deaths linked to vaccines this year has absolutely skyrocketed. According to the CDC’s own data.

Two weeks ago VAERS reported 6,985 deaths due to the COVID vaccines.  Last week that number jumped to 9,048.

“The Vaccine Adverse Event Reporting System (VAERS) database contains information on unverified reports of adverse events (illnesses, health problems and/or symptoms) following immunization with US-licensed vaccines. Reports are accepted from anyone and can be submitted electronically at www.vaers.hhs.gov.”

There have been over 400,000 adverse reactions reported to the COVID vaccine.

Last Week: there were 1,918 total COVID-19 deaths in the United States.

Last Week: There were 2,092 deaths from the COVID Vaccines —  According to the CDC-linked VAERS website.

That means there were 174 more Covid vaccine deaths in the United States last week than Covid deaths.

Why is this not making headlines? 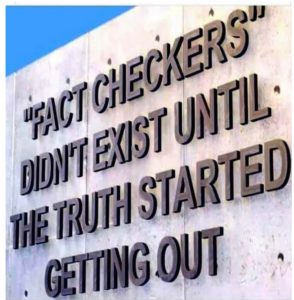 We remember the jubilant news: “Vaccination world champion Israel”. Israel was seen as a role model, especially by Western politicians. In the meantime, however, things have gone quiet around the supposed model country. No wonder: the results of the broad “through vaccination” of the population with the controversial, new spike protein injections are devastating. It is primarily the “vaccinated” who are infected with Corona. They end up in the hospital particularly often because of it, as one Israeli doctor notes.

Rafael Zioni posted Israel’s Corona statistics on his Twitter page. They are the official data from the Israeli Ministry of Health.

Dr. Zioni is an internist at Israel’s Laniado Hospital. He knows what he is talking about. Most Corona infections and associated hospitalizations in Israel affect vaccinated people. The broad vaccination coverage of the population naturally leaves fewer unvaccinated people. But these seem to survive Corona infections on average even better than those who have already received two doses of the Pfizer serum.

“These are Israeli data on the outbreak of infections among those vaccinated with two Pfizer doses. It seems that the efficiency is close to zero,” he explains.

This is the Israeli data for infection breakthrough among vaccinated with 2 shots of Pfizer. Seems that efficacy is close to zero…
— rafael zioni (@rzioni) July 14, 2021

Severe disease progression is more common among those vaccinated.

But that’s not all. Severe Corona disease progression seems to be more common among the vaccinated.

Look at Israel now the most vaccinated country in the world. No statistical difference in cases between vaccinated and unvaccinated. But and it’s a big but, over double the hospitalisations in vaccinated versus unvaccinated!

Serious side effects: dramatic figures from the U.S.

Furthermore, there are dramatic figures of reported adverse reactions to vaccines. 438,440 cases of serious adverse reactions to vaccines were registered with the VAERS portal. There, at the time of writing, reported adverse events include 10,991 deaths, 30,781 hospitalizations, 2,885 facial paralysis, 2,487 anaphylactic shock, 1,073 miscarriages, 3,906 heart attacks, and 9,374 disabilities since vaccinations began. 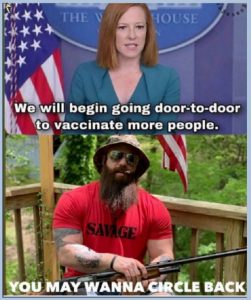 Surge In Double-Jabbed Scots Being Admitted To Hospitals

ALMOST 300 double-jabbed Scots have been admitted to hospital with Covid over the past month, official figures show.

Stats from Public Health Scotland revealed 288 admissions of people who were fully vaccinated between June 5 and July 2.

There were also 111 hospital admissions of people who’d had one jab in the last month, including 43 in the most recent week – more than double the 17 in the seven days to June 11.

A total of 27 people who’ve had two doses of the vaccine have died – however, this was less than 0.001 percent of all fully vaccinated Scots.

The World Health Organisation said that while two doses would offer the best protection against Covid, there “is a chance that someone could fall ill” as no vaccine is 100 percent effective against the virus.

A WHO spokesman said: “Some breakthrough infections are regrettable but to be expected. For two-dose vaccines, the protection provided by vaccines is only partial after the first dose, especially against the Delta variant. So it is vitally important that people get fully vaccinated as soon as they have the possibility to do so.”

It comes amid warnings the NHS is on the verge of crisis, with several health boards including NHS Highland, Lanarkshire, and Lothian canceling operations and other non-urgent treatments.

She also told how she was “not comfortable at all” with Nicola Sturgeon’s plan for Scotland to move to Level 0 next week.

But Ms Evans told the BBC’s Sunday Show that those hospitalized with Covid were “not staying in anything like as long” as in previous waves of the pandemic.

On the planned easing of restrictions next Monday – which is expected to be confirmed by Ms Sturgeon in a party statement on Tuesday, Ms Evans said: “The minute you open and get back to what’s normal you will have a rise in cases, it will be a sharp peak followed by a dramatic fall as we have much wider population immunity. But we will still have problems further down the line, because of waning immunity. It’s not going to go away.”