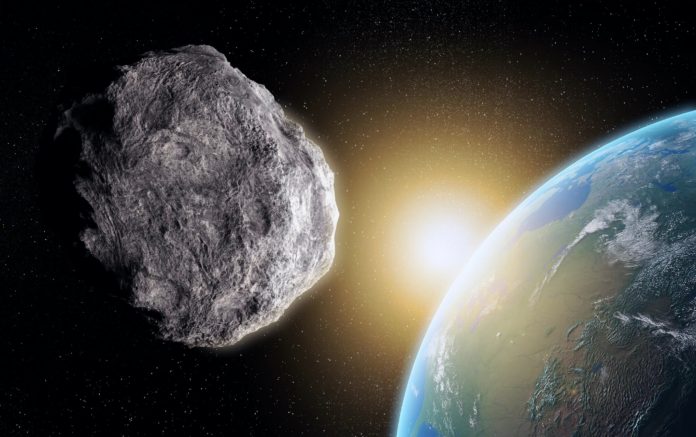 An asteroid is headed to Earth, reminding us that 2020 is no joke

Luckily, researchers at NASA are not considering the asteroid to be a “potentially hazardous object.”

As if 2020 wasn’t already full of surprises, it now appears that scientists have identified an asteroid that is on course to Earth – and though the chances are slim, it could strike the planet one day before Election Day in the U.S.

Luckily, the flying space object known as 2018VP1 only has a diameter of about 6.5 feet. However, it has been stated that it will pass near our planet on November 2, one day prior to the presidential election scheduled for Nov. 3, according to the Center for Near Objects Studies at NASA’s Jet Propulsion Laboratory.

The asteroid was first identified at Palomar Observatory in California in 2018. 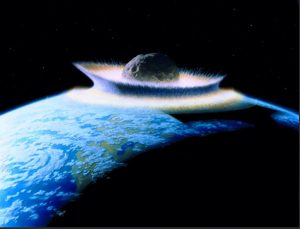 The U.S. space agency believes there are three potential impacts “based on 21 observations spanning 12.968 days,” and fortunately the chance of a direct impact is less than 1 percent – or more specifically, it only has a 0.41 percent chance of striking our planet.

Either way, this space rock wouldn’t have a deep impact – nor will it lead to the sorts of apocalyptic scenes from blockbuster films like Armageddon.

As such, researchers at NASA are not considering the asteroid to be a “potentially hazardous object.”

In NASA parlance, potentially hazardous objects such as asteroids or comets are those which are large enough to cause significant damage to a region if they did hit our planet.

A car-sized asteroid recently flew past the Earth last weekend in the closest flyby on record, blindsiding scientists who didn’t know about the space rock until it had already passed.

The asteroid, now dubbed 2020 QG by astronomers, flew past our home planet on Aug. 16 at only 1,830 miles away, reports Space – making it the closest known non-impacting asteroid known to mankind, according to NASA.

Astronomers at the Palomar Observatory didn’t even know that the asteroid was flying by the planet until six hours after the fact.

“The asteroid approached undetected from the direction of the sun,” Paul Chodas, the director of NASA’s Center for Near Earth Object Studies, told Business Insider. “We didn’t see it coming.”

“[The] close approach is [the] closest on record,” he added. “If you discount a few known asteroids that have actually impacted our planet.”

Asteroids are rocky, small objects that orbit the sun and are far smaller in size than planets. Most asteroids can be found in the main asteroid belt. the region of space lying between the orbits of Mars and Jupiter.  Some asteroids can also be found in the orbital path of planets. meaning that the asteroid and the planet follow the same path around the sun. Our planet and a few others have such types of asteroids

While some asteroids can span hundreds of miles in diameter, far more asteroids can be as tiny as pebbles, NASA explained. Most asteroids are made of different rock types, but some have clays or metals including nickel and iron.