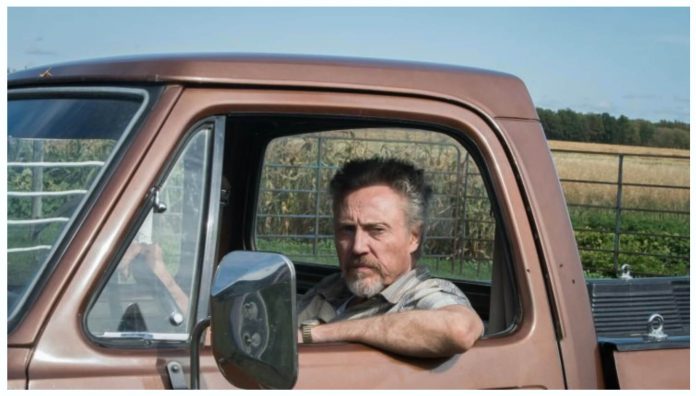 It tells the true story of a farmer who became a symbol of defiance against the notorious bio-agriculture company.

Christopher Walken and Christina Ricci will be starring in a new film that tells the true story of Percy Schmeiser, an independent canola farmer from Canada who fought Monsanto in court for many years, and became a symbol of defiance against the notorious bio-agriculture company.

The film is called Percy, and it details the story of how Schmeiser relentlessly fought back against the company’s seed patents, which they used to file massive lawsuits against countless farmers all over the world.

Schmeiser’s fight with Monsanto began just after the company’s patented seeds were approved for use in Canada in 1996. Monsanto’s seeds were unique because they were genetically engineered to withstand the company’s powerful chemical herbicide called “Roundup.”

In recent years, it has been revealed that Glyphosate, the primary ingredient in Roundup, causes cancer, but this was not known to the public until long after Schmeiser’s battle with the company.

The seeds designed to withstand this chemical were known as “Roundup Ready” seeds, and because they were patented, Monsanto was able to dictate how these seeds were used by farmers.

For example, farmers were required to buy new batches of seeds each year, and were forbidden from saving seeds from previous years and reusing them.

Like most farmers, Percy collected seeds for future use, and while he never entered a contract with Monsanto to purchase their seeds, some of them ended up on his property somehow anyway. He collected the seeds when he found them, and later planted them on his farm, just as he had many times before.

As soon as Monsanto’s seeds reached the market, the company sent out workers to take samples from farms all over the country to determine if there was any unauthorized use of their seeds.

After taking samples from Schmeiser’s farm, they found that he was using patented seeds from the year before and had never purchased any from the company.

In 1998, Monsanto sued Schmeiser for patent infringement. The company won the initial trial and multiple following appeals, so Schmeiser ended up taking his case to the Supreme Court.

The Supreme court also ruled in favor of Monsanto, to uphold the precedent that the company could sue farmers over the unauthorized use of their patented seeds.

However, due to the fact that Schmeiser never technically entered a contract with Monsanto, he never actually agreed to the company’s terms of service, which meant that he was not liable for breaking the terms.

The technicality allowed Schmeiser to avoid paying Monsanto any money, while still allowing the company to conduct business as usual with enforcing their seed patents.

In 2010 Percy told Democracy Now! that Monsanto attempted to ruin his life for fighting the case.

“They tried to seize all our farmland, our farm equipment, so they could stop us, because we were using mortgages on our farmland to pay for our legal bills,” he said.

In a statement announcing the trailer for the film, Mongrel Media, said that this film is intended to raise awareness about GMO seed patents and their impact on the farming industry.

“Ultimately, through his David and Goliath battle, Percy helped stall the spread of GMOs, and the takeover of our food system by greed-driven corporate interests,” the statement read.

Previous articleHave Your Say
Next articleFight the Pandemic, Save the Economy