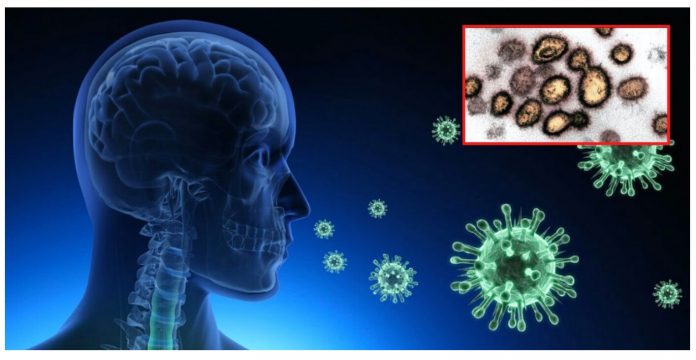 A coronavirus strain isolated in India carried a mutation that could threaten the race to develop a vaccine.

The prospect that SARS-CoV-2, the “novel” coronavirus responsible for causing the illness COVID-19, might be mutating and evolving as it spreads across the globe has been such a terrifying prospect for the scientific community, that medical experts like Dr. Anthony Fauci seem to avoid even engaging on the topic.

Asked about the possibility of viral mutation during one of the White House’s inaugural task force press briefings, Dr. Fauci assured the public that scientists have found “no evidence” of any concerning mutations, though the prospect that a mutated version of the virus might return during next year’s flu season has kept some virologists up at night with nightmares about needing to start the vaccine clock from zero.

The problem is that vaccines often aren’t as effective against viruses that mutate, like the flu does every season (that’s why you need to keep getting that flu shot year after year).  And now, a new scientific paper that – like most of the coronavirus research being cited in the press – has yet to be peer reviewed claims to have identified a mutation in a sample of the virus collected in India that could create serious problems for researchers working on a vaccine.

Monitoring the mutation dynamics of SARS-CoV-2 is critical for the development of effective approaches to contain the 21 pathogen. By analyzing 106 SARS-CoV-2 and 39 SARS genome sequences, we provided direct genetic evidence that 22 SARS-CoV-2 has a much lower mutation rate than SARS. Minimum Evolution phylogeny analysis revealed the putative original status of SARS-CoV-2 and the early-stage spread history. The discrepant phylogenies for the spike protein and it receptor binding domain proved a previously reported structural rearrangement prior to the emergence of SARS-CoV-2. Despite that, we found the spike glycoprotein of SARS-CoV-2 is particularly more conserved, we identified a mutation that leads to weaker receptor binding capability, which concerns a SARS-CoV-2 sample collected on 27th January 2020 from India. This represents the first report of a significant SARS-CoV-2 mutant, and raises the alarm that the ongoing vaccine development may become futile in future epidemic if more mutations were identified.”

The ominous discovery underscores how the virus’s destructive potential will likely be tied to the vagaries of viral evolution.

Fortunately, the team appeared to confirm an earlier finding by a team of researchers in Italy that the virus “has a much lower mutation rate and genetic diversity” than SARS, which means that a vaccine will likely be able to treat wide swaths of people before becoming ineffective as the virus changes and evolves.

However, this new finding shows that it’s not just the speed of the mutation that matters, but the specific nature of the mutations, when scientists are developing a vaccine.

Experts say that a vaccine could take up to two years to develop, and some city officials have warned that life likely won’t return completely back to normal until a vaccine is ready for mass production. But a mutation could throw a wrench in this process, transforming the process of developing a workable vaccine into a “cat and mouse” game – or at the very least lengthen the time it takes for the initial vaccine to be developed.

Previous articleHave Your Say
Next articleSix Days in Hubei